I was able to make it yesterday because we had everything available and little else in the house. Hubby had needed to work, actually in the office, rather than at home, instead of doing the weekly shop as we would normally have done.

One thing that has become very obvious from cooking from this cookbook is that the flavours, (herbs and spices) have been reduced considerably for the American market. (the cookbook is in cups for measurements, thus clearly aimed at the north American market, to me at least). I honestly don't think 1 teaspoon of curry powder for a head of cauliflower is anywhere near enough!)

I had to make a couple of modifications because I didn't have a single large tomato, only 5 or 6 cherry tomatoes and I wasn't peeling them. I just pureed them, skins and all. I also had a simply massive (+1.5kg) head of cauliflower, so only used half of it. Finally, I paused the cooking half way through to take into account hubby was at work, so used slightly more stock and paused in the cooking of the cauliflower during the final 20-30 minutes cooking. Then just carried on when he got home, adjusting the cooking time accordingly. I doubt this changed the flavour other than by allowing it to mature.

I cooked the cauliflower for 10 minutes before turning off the heat and leaving covered. It was then warmed up and cooked without the lid until the sauce was thick enough at which point the cauliflower was also cooked. I needed roughly 1 cup of stock instead of 1/2 cup that the cookbook asked for. 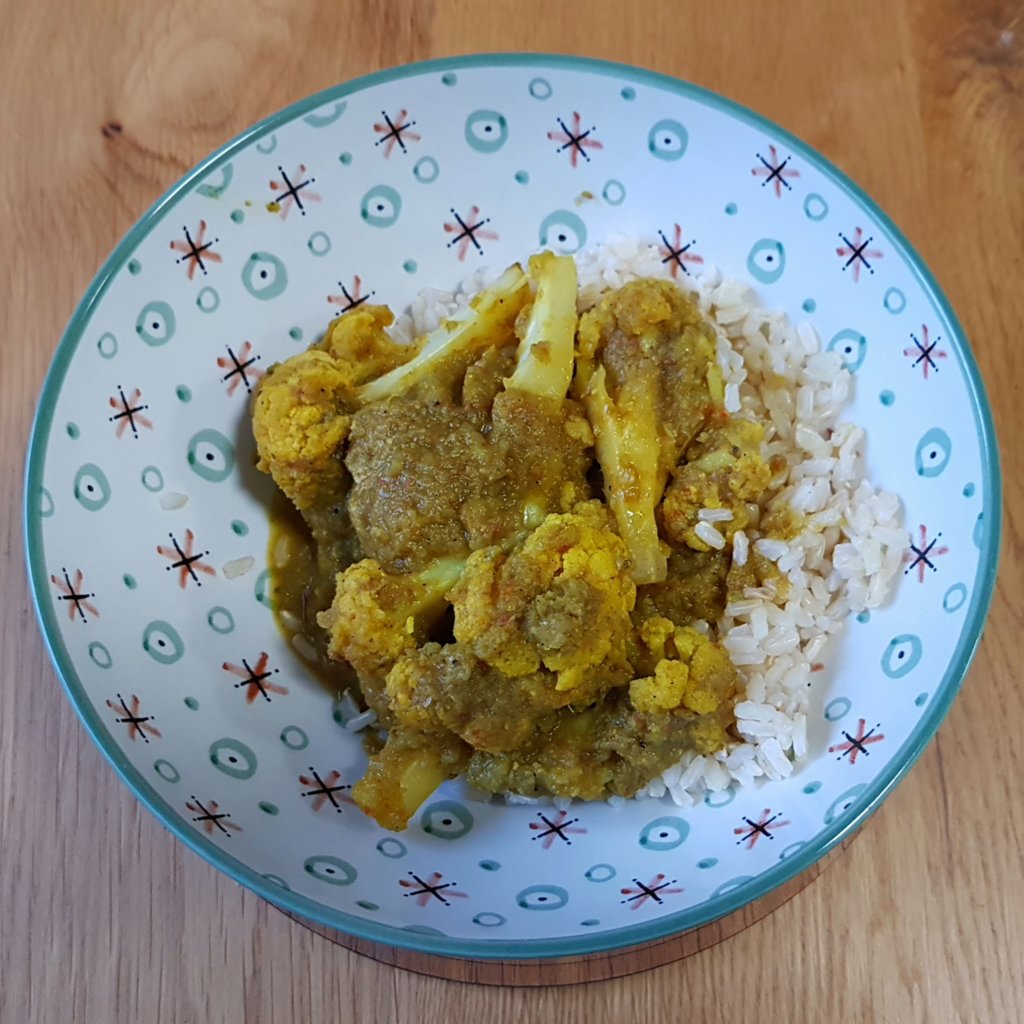 The curry was very good, but as I have noted before, I think it is 'watered down's for the North American tastes and as such could easily have had 2 or 3 times the quantity of most of the spices (read that as all of). If I were to make it again, and I do like it enough to do so, I would certainly double everything spice wise except for the curry powder (triple it to 1 tablespoon) and keep the salt at 1 tsp and tumeric at 1 1/2 tsp. For our tastes, there was absolutely no need for a yoghurt to be served with it which would normally be used to counter any heat presumably from the curry powder, but despite me using a hot curry powder that we know well, it simply was nowhere near hot enough to warrant any.
You must log in or register to reply here.