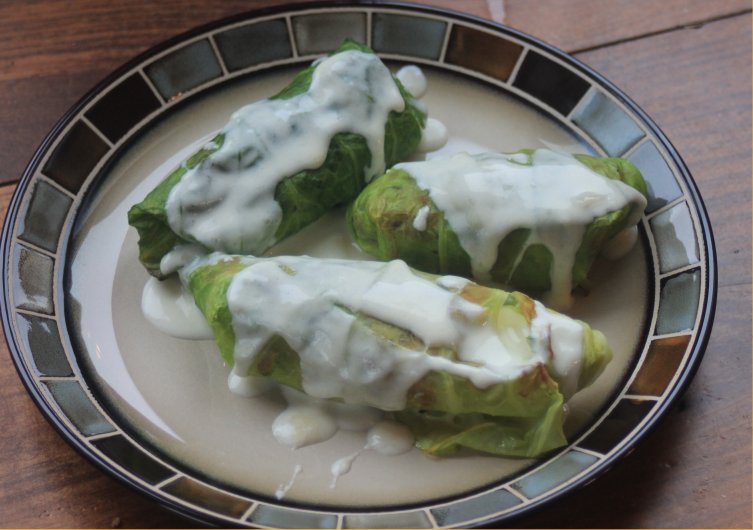 My efforts to make more tasty Italian foods that don't have to lay on the less useful of the carbs. This one is also vegetarian, and can work as a side or a main as desired. If as a side, I'd do it with a light main. As a main, I'd do it with a light side - perhaps a broth-based soup or a salad. It is a bit heavy what with the Fontina and the heavy cream, but it is quite good and appealing. What charmed me into trying this recipe was the use of farro.

The farro recipe they give is on page 93. That part will take about 40 minutes to prepare. Or use the package recipe, which is pretty much the same thing. I started with half a cup, which of course yields more than half a cup when cooked - the latter is what the recipe calls for. I got to enjoy some farro au naturel...

I am making a half-recipe (serves two). For personal convenience, I am writing this up for those TWO servings. It turns out that my filling filled seven leaves anyhow - and so that's what I did. Some of the leaves ripped when taken from the cabbage - no pictures of me rolling up the ones that ripped off badly. I am thinking perhaps the elongated Napa cabbage could be a better choice - will of course take more filling. Also, in my case, my Savoy was rather small (that's what my supermarket had) and the leaves were hard to un-tuck. (I managed to untangle 3 or 4 properly.) But unless you are trying to impress your boss with your cabbage untucking skills, most of the larger leaves should still work.

To make the cabbage:

Bring a large pot of salted water to boil. Fill a bowl with ice water. Blanch the cabbage leaves for 2-3 minutes to wilt and soften them, then drain. Plunge into the prepared ice bath. Take the small leaf, dry with a towel, and slice thinly,

Add this sliced leaf to a suitable bowl, along with the farro, egg, parsley, sage, rosemary, salt and pepper.

On a clean work surface, place a whole cabbage leaf and cut out the tough triangular-shaped rib and discard that.

Add about two tablespoons of filling near the rib edge of the leaf, and roll up towards the outer edge, tucking in the sides, as if making an egg roll. Do this with each leaf. Place each filled leaf seam side down into the baking pan.

On the lower oven rack, place a large baking pan filled about 2/3rds with water. This will insure the oven and thus the cabbage rolls stay moist enough and not burn.

On the other rack, place the pan with the cabbage rolls. Bake until they begin to dry and harden a bit, about 30 minutes. Remove, and heat the sauce (below).

To make the sauce:

In a small saucepan, combine the Fontina and cream, and cook over medium heat, stirring frequently and taking care to make sure the mixture does not start to boil. Cook until the cheese has melted, and all is hot. Strain through a fine-meshed sieve and drizzle over the baked cabbages just prior to serving. (I opted not to strain.)

Verdict: My savoy cabbage wasn't quite as large as some, or it would have filled more of the pan. I will say this dish turned out awesomely.

The recipe called for a lot of oil, which apparently was only used to coat the baking pan. I used a bit less (without measuring). I admit, on mental autopilot, I began shredding my Fontina rather than cutting it - so the filling was made with shredded (which may have meant I used a bit more than the recipe called for), but the sauce was chopped as per instructions. It was fine.

This is a great book, and I plan to cook more recipes from it. It is so good to find Italian recipes that I want to make and truly savor and eat.

I love stuffed cabbage - the way such a humble ingredient is transformed. I've never used Fontina - I don't know why its not on sale here in supermarkets since we are nearer Italy than you are. Is it easily obtainable in the USA? I understand it is PDO status so if its the real deal it must be imported. But maybe there is a US derivative. I often see it mentioned in American recipes so I'm beginning to think so.

morning glory said:
Is it easily obtainable in the USA?
Click to expand...

Yep, I can get it all four grocery stores in my town, even Big Lots, which is like a notch above a dollar store.

morning glory said:
I love stuffed cabbage - the way such a humble ingredient is transformed. I've never used Fontina - I don't know why its not on sale here in supermarkets since we are nearer Italy than you are. Is it easily obtainable in the USA? I understand it is PDO status so if its the real deal it must be imported. But maybe there is a US derivative. I often see it mentioned in American recipes so I'm beginning to think so.

Fontina not available? Try Gouda or some other soft but flavorful cheese. Fontina is all over the place here (unless you go to a tiny market that may only have cheddar or American pre-processed or such.)

TastyReuben said:
Yep, I can get it all four grocery stores in my town, even Big Lots, which is like a notch above a dollar store.
Click to expand...

I'm thinking this is US made Fontina not the Italian made PDO (DOP) Fontina? 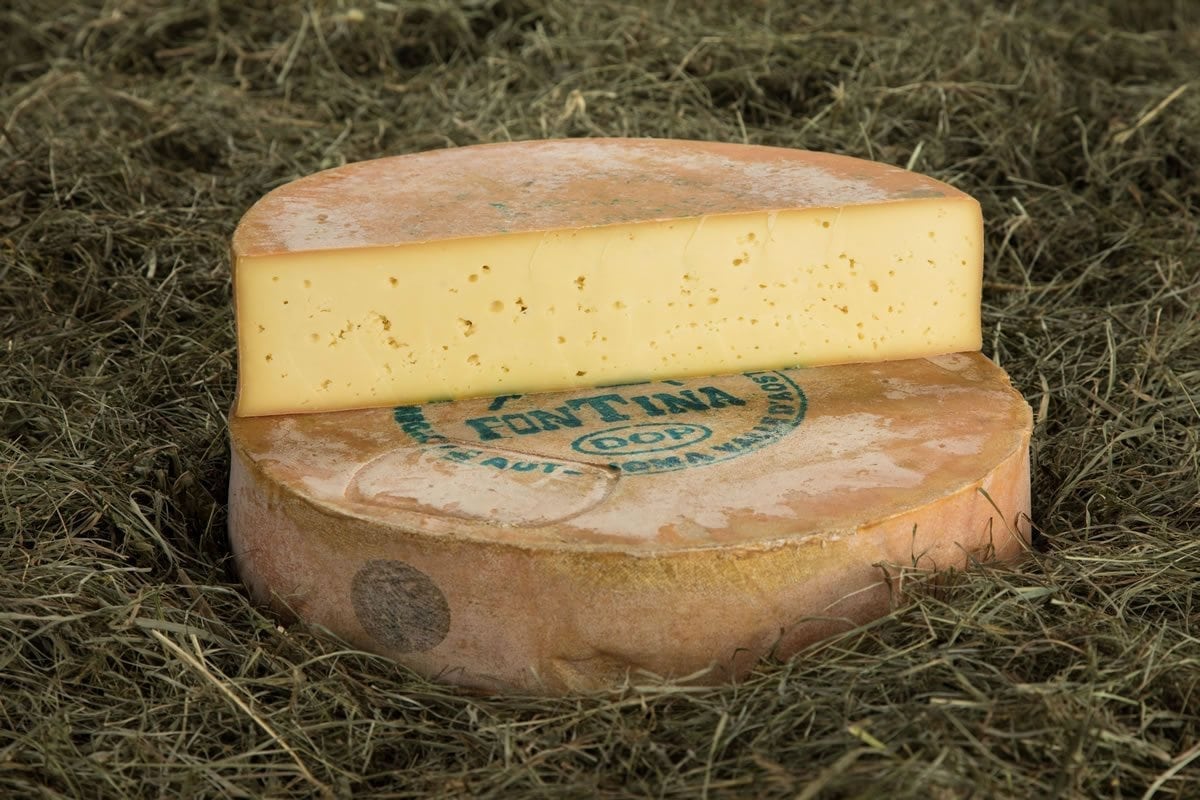 morning glory said:
I'm thinking this is US made Fontina not the Italian made PDO (DOP) Fontina?

There are two fontinas available from my local Kroger (and it's a small Kroger). At least one is imported (I know, because that's the one I usually buy). I don't know about the other one, but I'll check it.

I do know that the gourmet grocer I go to, they have a nicely curated cheese section with a properly trained cheesemonger, and she carries more than one Italian fontina. I know because I've sampled them all.

Well, you probably do have to source the best Fontina cheeses around. I have no problem finding this in local supermarkets, but it isn't in corner groceries. Which is where I find cheddar, "American", and sometimes Swiss.
You must log in or register to reply here.
Share:
Facebook Twitter Reddit Pinterest Tumblr WhatsApp Email Link
Top Bottom