Caramelized onions and brie in a puff pastry parcel

We used to cook a dish we really enjoyed and recently discovered a vegan brie that's excellent so we thought we'd try it again. Only we can't locate the recipe and searches on the web are not revealing anything.

What we remember is this.

Puff pastry,
Large Spanish sweet onions (we always had to hunt for really large onions hence regenerating this bit)
Balsamic vinegar
Thyme (?)
A camembert or brie you liked...
Egg to seal and wash

Method....
This is the bit we can't remember... Note quantities etc.

We think it may have been a BBC vegetarian good food recipe 20 years ago.

Searches on the web don't yield anything. There are some similarities but they often use apple and none have balsamic vinegar in them.

Has anyone seem anything like this on their travels? I'm supposedly cooking it for tea tomorrow night.

Sorry, can't help with the recipe but I used to love Spanish onions. I ate them like you would apples!

Brie & Caramelised Onions does this one fit the bill? It´s got brie and balsamic, as well as the puff pastry.

I would imagine it's pretty straight forward, with adding in the Balsamic at the end of caramelizing the onions and finish with the fresh thyme.

This isn't vegan, but pretty close in regards to all the ingredients you've listed.

You would think that it would be easy, but it hasn't been.

Both of those recipes are similar, but the whole concept (which I totally forgot to mention, sorry about that) of the large Spanish onions is that they are cut in half and cooked 'whole'. The recipe centers around the onion, not the brie.

The original recipe wasn't vegan, but I'm hoping to make it vegan with the vegan brie I've made. We used to eat it when we were vegetarian but it's been 12 years or more since we had to exclude all dairy from our diet. We've tried several times since to make it but failed. It has always been the cooking of the onion that we've not managed to get right. All we can remember us that we halved the large onion. Hubby thinks we cooked it in the frying pan before moving it to the oven, but I can't remember how much cooking actually took place and all my attempts to recreate it have been 'failures to recreate the original' even if they have been ok in themselves.

SatNavSaysStraightOn
I understand your wish to recreate a dish from your past. What is more important - An onion cooked whole or halved or a delicious baked brie? I would opt for a delicious baked brie with caramelized onions. I do feel your pain. I have a couple of recipes that I have lost and have never been able to recreate to perfection. My efforts are good but not up to my memory. Good luck. If you do figure it out please share your recipe. My family loves brie baked in pastry.

So why not try the following? Cut the onion in half and douse it liberally with Balsamic. Wrap it in foil. Bake it in the oven, tightly wrapped, for as long as it takes to make the onion soft and gooey.

karadekoolaid said:
So why not try the following? Cut the onion in half and douse it liberally with Balsamic. Wrap it in foil. Bake it in the oven, tightly wrapped, for as long as it takes to make the onion soft and gooey.
Click to expand...

That sounds as if it would work.

SatNavSaysStraightOn said:
All we can remember us that we halved the large onion. Hubby thinks we cooked it in the frying pan before moving it to the oven, but I can't remember how much cooking actually took place
Click to expand...

To make a parcel, I suggest you need to cook the onion halves totally until it caramelised and tender before you make the parcel(s). Because these are large Spanish onions I'd suggest starting them off cut side down in a pan with oil and cooking on a low heat, for about 15 minutes. Then add the balsamic and transfer to oven for up to 30 minutes or until they are tender. Tuck sprigs of thyme around them when you place in the oven. For 2 large onions I'd allow approx. 200ml of balsamic. It will be easiest to use a pan which can go on the hob and then into the oven.

I'd suggest letting them cool before topping with brie and then wrapping in puff pastry and baking. Were the individual portion parcels holding one half an onion each or was it one big parcel?

I have found the recipe. it was one of the ones we scanned before we packed up life and went to cycle around the world. It took some finding because I had to go back 10 years in hard drive backups (yep, I do keep them that long, I've worked in IT too long not to and seen too many people lose stuff they wanted including entire family photo albums and be completely reliant on my ability to extract data the CSI/NCIS way off failed hard drives). And it is also not exactly well named. That's the recipe name rather than what I named things (oddly enough the recipe name! )

And it was gorgeous.

The key bit of information we were missing was how the onions halves are cooked before going into the parcel. That key is a sealed dish in the oven. It totally changes the flavour... I'll write it up soon. I promise but it was as good as remembered despite the lack of balsamic vinegar in the house! (I had balsamic glaze with a high acidity that I added a touch of white vinegar to.) I will try to get some balsamic vinegar tomorrow. We're having it again tomorrow but because the onions are quite small, unless I'm able to get larger onions, I'll just slice a small wedge off rather than cutting them in half. I'm hopeful I can get larger onions though because of where I'm going to. 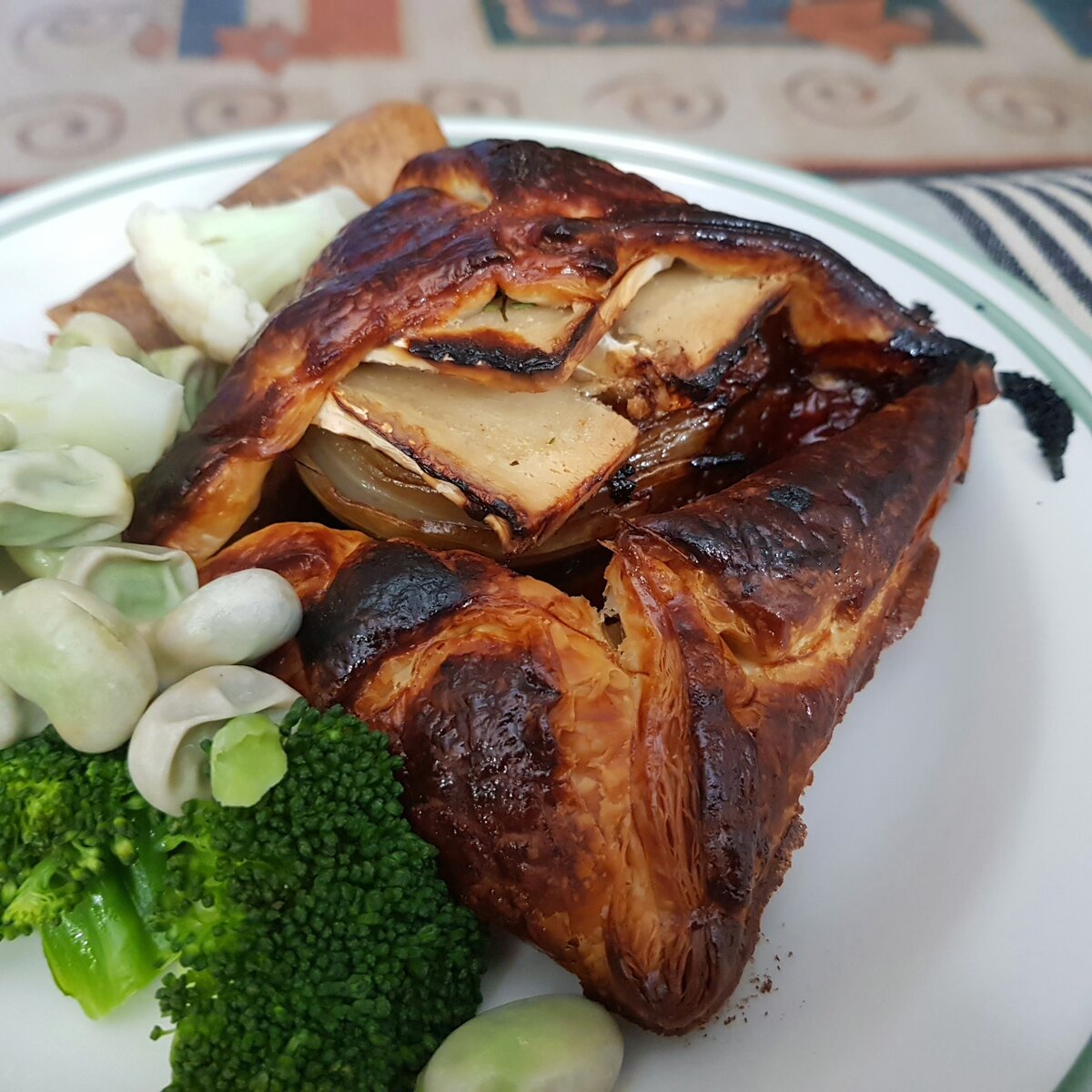