Introduction to the Media Gallery

First of all, what is the media gallery?

Xenforo which is the software platform we use for the forum, describe the media gallery (XFMG) as

The XenForo Media Gallery is an add-on that allows you and your users to create galleries of images, videos, and audio in your forum, organized into admin-defined categories or user-created albums.
Click to expand...

They go on to describe how this is achieved.

Media categories
Media will be placed into individual categories that are organized into a tree. In this regard, they are very similar to the node tree.

If your users are likely to upload a number of related pictures (such as from a single event), you will likely want to use album categories. Note that the category type cannot be changed unless the category is empty.
Click to expand...

All this means is that I can program the system to force you to create an album (specific to you) in certain areas of the XFMG or allow you to dump your image into a general album that every member can use.

In the vast majority of the XFMG, I have set the system to prompt you to create your own albums (or use one of your own existing albums) specific to your needs with one exception, the Miscellaneous Cooking Images album. This particular category is an historical media only category that already contained images before we really started to use the media gallery, so I haven't been able to make changes to it. 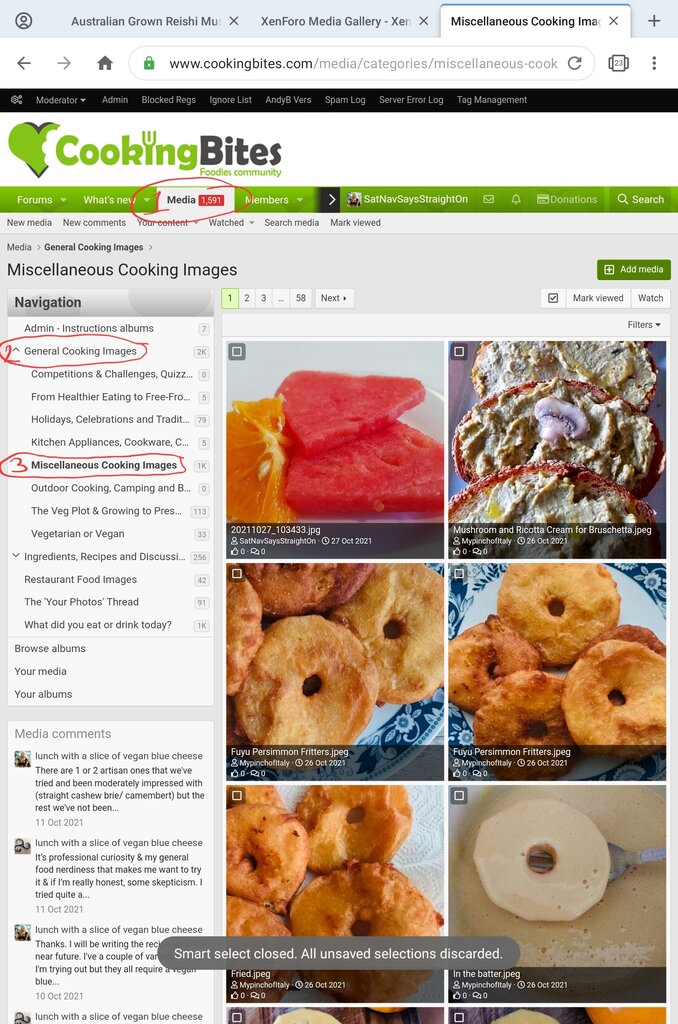 Let's say you were writing up a recipe and have a number of photographs showing the various stages during the preparation and cooking. One or two of those images could be used in two or three different threads.

For example, let's take the current mushroom recipe challenge.
You might have some images of the mushrooms that you have purchased. They could be shown in the What produce/ingredients did you buy or obtain today? thread as well as the thread for the actual recipe you are making. You could also be chatting about the raw mushrooms in the The CookingBites recipe challenge: mushrooms thread and could post exactly the same image in that thread as well.
That's 1 single image perhaps 1½Mb in size uploaded directly into 3 threads taking up 4½Mb in total. It will also take up 4½Mb in disk space for back ups and have counted 3 times towards any bandwidth caps/limits either at your end or at the server side.

Why is this important?
This is really important because it saves on disk space on the server which we pay for, which in the long run we mean we won't have to pay for anywhere near as much space on our server. We won't need to back up anywhere near the same amount of data because we are only backing up a single copy of the image and not three copies, thus saving on backup disk space. And because we also pay for bandwidth as well, (that's traffic to and from the server) we will also save on our data allowance twice over (uploads to the server and backups of the server - backups are stored remotely). And if we can pay less for disk space, backup space and bandwidth, that we purchase/rent, we can afford to purchase/rent more CPU power or RAM to help increase the speed of the server in future.

What are the Additional Benefits of using the Media Gallery?
There are a whole load of other advantages to using the media gallery : 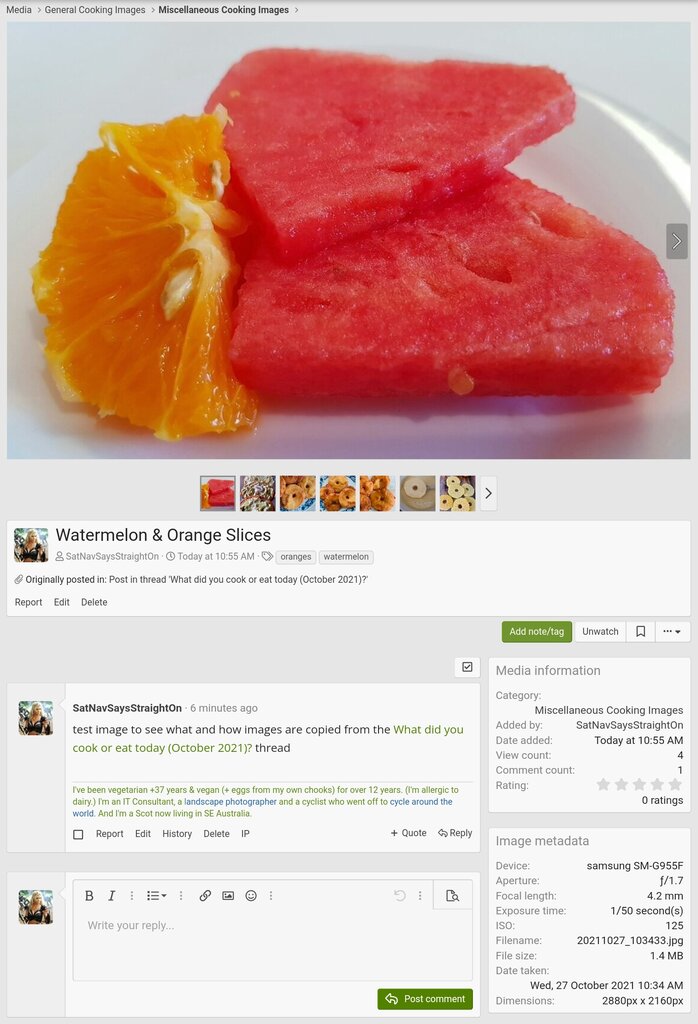 There are 2 areas to the media gallery : a public area where I have defined some branches of a tree, similar to a filing system and roughly matching the forum structure, and your "private" area where you can create your own filing system (structure of own albums). The default permissions on personal albums still allows everyone to view your images which is kind of essential if you are to actually use the images in threads and posts.