Directions
1. Preheat the oven to 350F. Place the potatoes in a pot, cover with water, and bring to a boil. Cook for about 20 minutes, or until the potatoes are easily pierced with a knife. Remove from the heat, drain, and let sit until they are cool enough to handle. Cut the potatoes into small dice and set aside.

2. In a saute pan, cook the bacon over high heat until browned. Drain, leaving 1 TB of fat in the skillet, and remove the bacon to a paper-towel lined plate. Reduce heat to medium-high and add the onion. Cook for about 5 minutes until golden brown, then add the bacon and wine and cook for another 5 minutes, stirring occasionally. Add the potatoes and season with salt and pepper.

NOTE: I substituted Jarlsberg cheese for the Reblochon 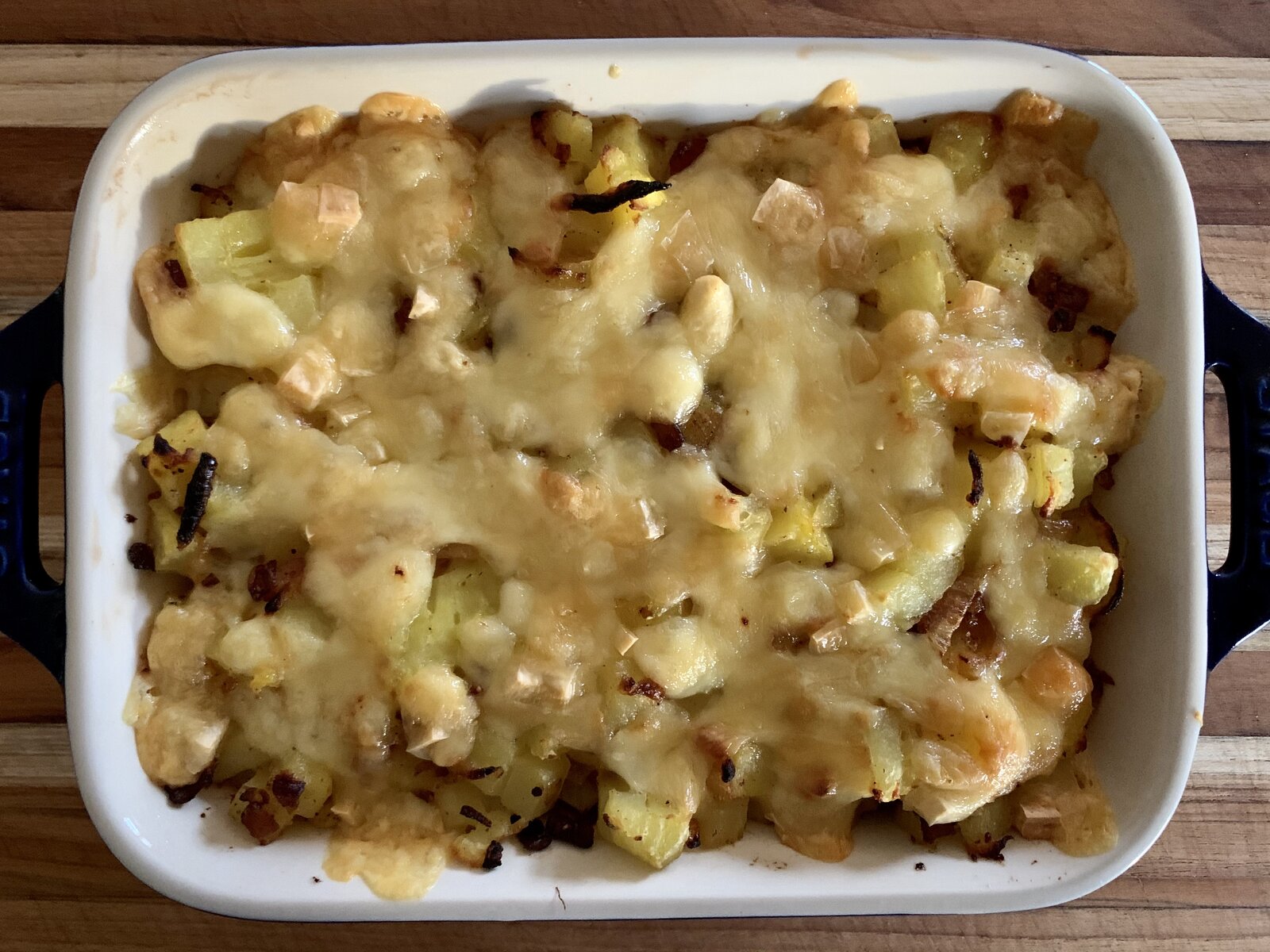 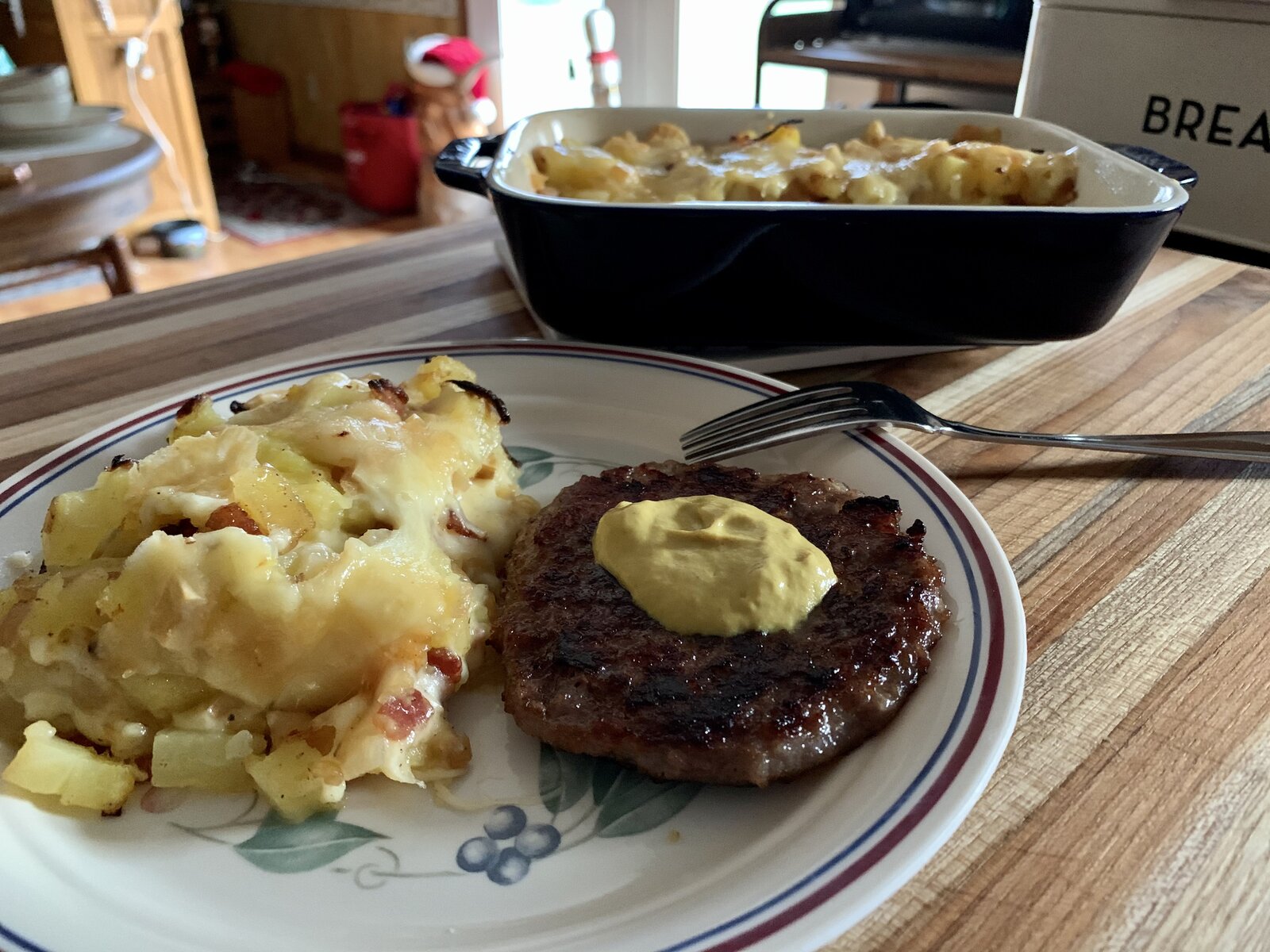 Well, another one to add to my easy, weekday meals. And, the family will love it, too.

Wikipedia says that a tartiflette is based on a dish called pela, which is like a gratin, but different in that it uses steamed potatoes. This recipe uses boiled potatoes, probably because that's just more common nowadays.

This would fit well in the other topic going on, about tinkering with "traditional" recipes. To me, if you fried some potato slices and put a little sauce on them and topped them with cheese and browned the top...that's a potato gratin (potatoes au gratin here). If I did the same thing, but steamed the potatoes instead, it's still potatoes au gratin to me, though a suppose the first person who steamed the potatoes instead of frying them gets to give it a whole new name.

I also want to point out that the cookbook I used has three recipes on the left page and a full-sized full-color photo of a gorgeous potato dish on the right page, and I just assumed the picture went with the recipe I was making. The picture is of a gratin, which is for one of the other recipes on the page!