I would like to use a slow cooker to prepare meals on Friday afternoon to have on Saturday lunch (18-24 hours). They need to be vegetarian. Where can I find some recipes?
I saw these, but most are meaty and the time in the slow cooker is nowhere near long enough.
10 top tips for using a slow cooker

I also saw this advice for things not to put in a slow cooker. Is it accurate?
10 Foods You Should Never Make In A Slow Cooker

I've never heard of not beng able to cook meat in a slow cooker!! I do it all the time. 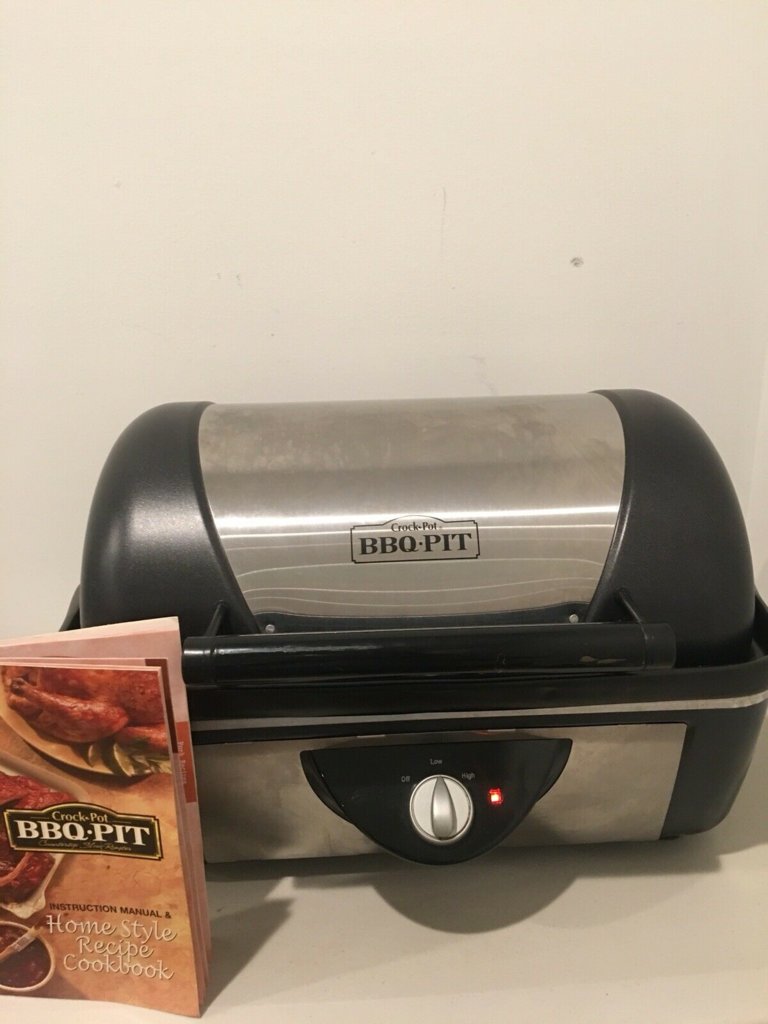 Mine is like THIS, & I never have trouble doing it in here, especially pork butt, shoulder or ribs! They come out nice & tender.

Shermie said:
I've never heard of not beng able to cook meat in a slow cooker!! I do it all the time.
Click to expand...

The question is about how to prepare vegetarian food in a slow cooker. I think Amateur1 knows that meat can be cooked that way but wants to make a vegetarian meal.

Morning Glory said:
The question is about how to prepare vegetarian food in a slow cooker. I think Amateur1 knows that meat can be cooked that way but wants to make a vegetarian meal.
Click to expand...

Yes, but he or she posted a link on the things that shouldn't be cooked in the slow cooker. One of them included certain meats.

Shermie said:
Yes, but he or she posted a link on the things that shouldn't be cooked in the slow cooker. One of them included certain meats.
Click to expand...

You can buy vegetables just for that meal, or more likely I use up salads and other veg that I already have, but are getting a bit old & tired, just adding new veg as required
Even veg like lettuce & cucumber can go in, just chop them fine and they blend in, and if they have a bit of salad dressing on them, so what, it all blends in

A typical slow cooker meal might be onions, celery, cabbage, root/stew veg, leftover salads, beans/lentils/pulses and a can of diced tomatoes
Stock cubes or paste, herbs, seasoning, garlic and so on
There are all sorts of cook in sauces, seasoning mixtures, stew bases, and so on, though I tend to do my own

I've never had much success with dried beans & lentils; try as I might they always end up hard, so I buy canned, or you can now buy them in pouches. There is quite a variety - chick peas/garbanzo beans, red & black kidney beans, butter/lima beans, and baked beans are just haricot beans in tomato sauce. Have a browse round the supermarket shelves or an Asian store and there will be all sorts of things
I once bought some budget baked beans which I didn't like, so used them up in this sort of stew
Yes, canned beans are more expensive than dried, but they're still pretty cheap

I can do small lentils like split yellow peas & red lentils OK, or there is soup mix which includes those & barley. I boil them in the evening then leave them to soak overnight
If you're not careful the stew can be thin, like veg in water, so thicken it with potatoes, pasta, or break up a crispbread and that will blend in

There will be a fair amount of peeling, chopping, and preparation. Get everything mostly ready beforehand, store in the fridge if necessary, then put it in the cooker. You could probably leave it to cook overnight, though I have never done that. Usually I prepare most things the night before, then assemble all the ingredients into the cooker early in the morning, and it's ready for early evening
I've never used an actual recipe, but I'm sure if you Search YouTube you will find some

If there is too much stew, when it has cooled, dispense it into bags or tubs and freeze it

You can put all the veg directly into the cooker, or brown things like onions & celery in a frying pan first, then add them

I've just put 'slow cooker vegetarian meals' into YT Search Box, there are loads of recipes
Also'vegetarian soups and stews'; even if they use a pan or a casserole it should be easy enough to make them in a slow cooker
Last edited: 24 Jul 2021
A

Morning Glory said:
Ah - sorry. I see what you mean.
Click to expand...