I have to say that I had my reservations about this cheese. I've made things in the past that used tofu and they were miserable failures. if you've ever just been served a slab of tofu, warmed slightly with no attempt made to do anything with it, not even drain it properly then you'll understand. And yes, that happened to me at a work's Christmas do. An entire piece (all +400g of it) unheated, undrained with overcooked, over salted sprouts and carrots as the only vegetable accompaniment and no dressings, no chutneys, no anything like gravy...

The end cheese does not taste of tofu, nor does it taste of coconut oil despite me using virgin (unrefined) coconut oil and it does not really have the taste of a cashew nut cheese either. It simply works but only after being left overnight in the fridge.

So whilst hubby was away from home, I thought I'd give the recipe a try. My other hesitation was over the fact that I've not been able to source refined coconut oil in a solid form. I can get it in a silly $ cost liquid on form in a bottle designed for olive oil but not in the solid form clearly needed by this recipe...

So whilst the cat was away, the mouse did play...

The original recipe calls for adding the ingredients to the bowl of a food processor (along with an additional liquid requirement of 75mI of water) but I could not get a totally smooth result from mine, so moved everything over to my Vitamix blender instead to get a much more satisfactory result. As such my ingredients and method reflect what worked for me. I guess melting my coconut oil may have helped but it was pretty soft as it was and I didn't see the need because I thought that the heat from the food processor blades would have melted it - I maybe wrong. So if you are using a food processor rather than a high powered blender such as a Vitamix, bare this in mind.

You can also vary the dried herbs using parsley & thyme or even include a little rosemary should it take your fancy but avoid fresh herbs because these will perish in the cheese before the cheese does. 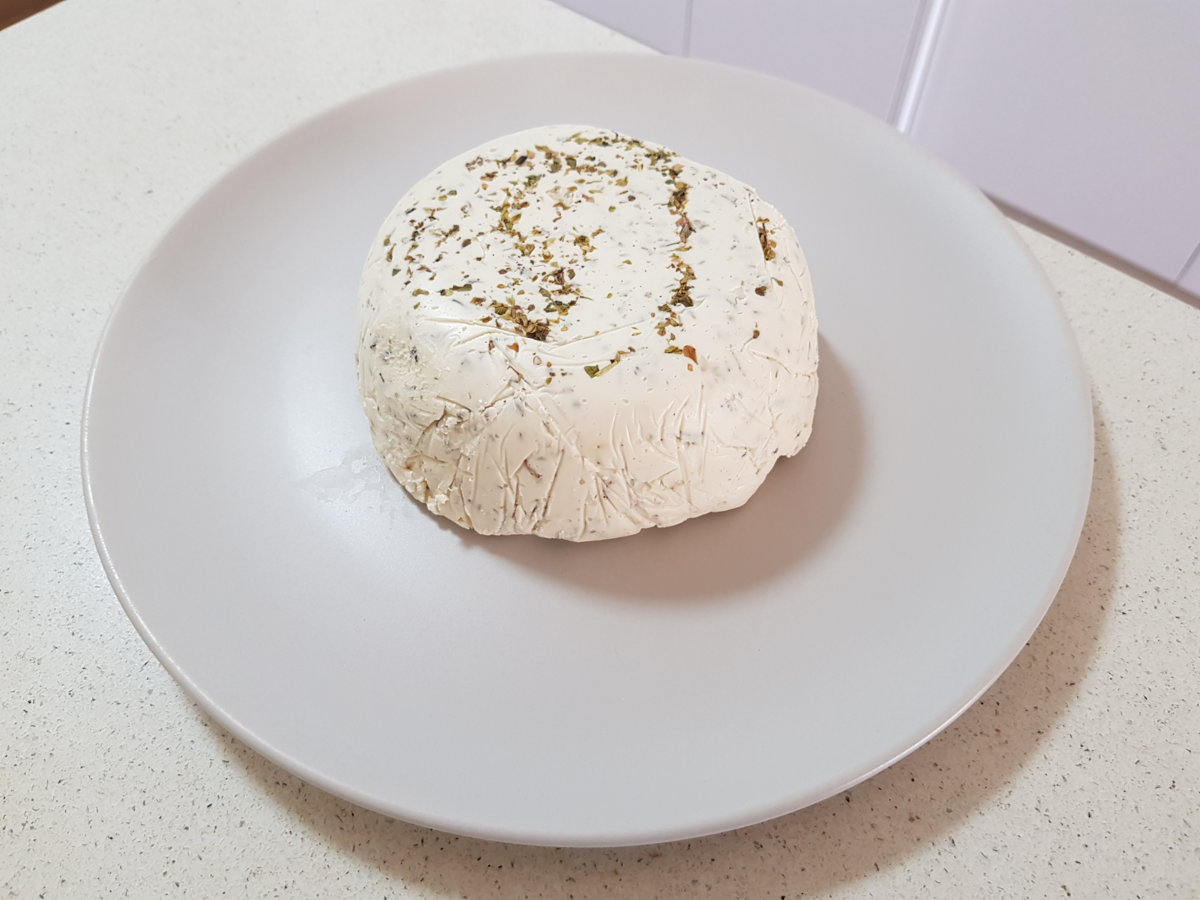 Based on tofu, cashew nuts and coconut oil this actually works in taste and texture 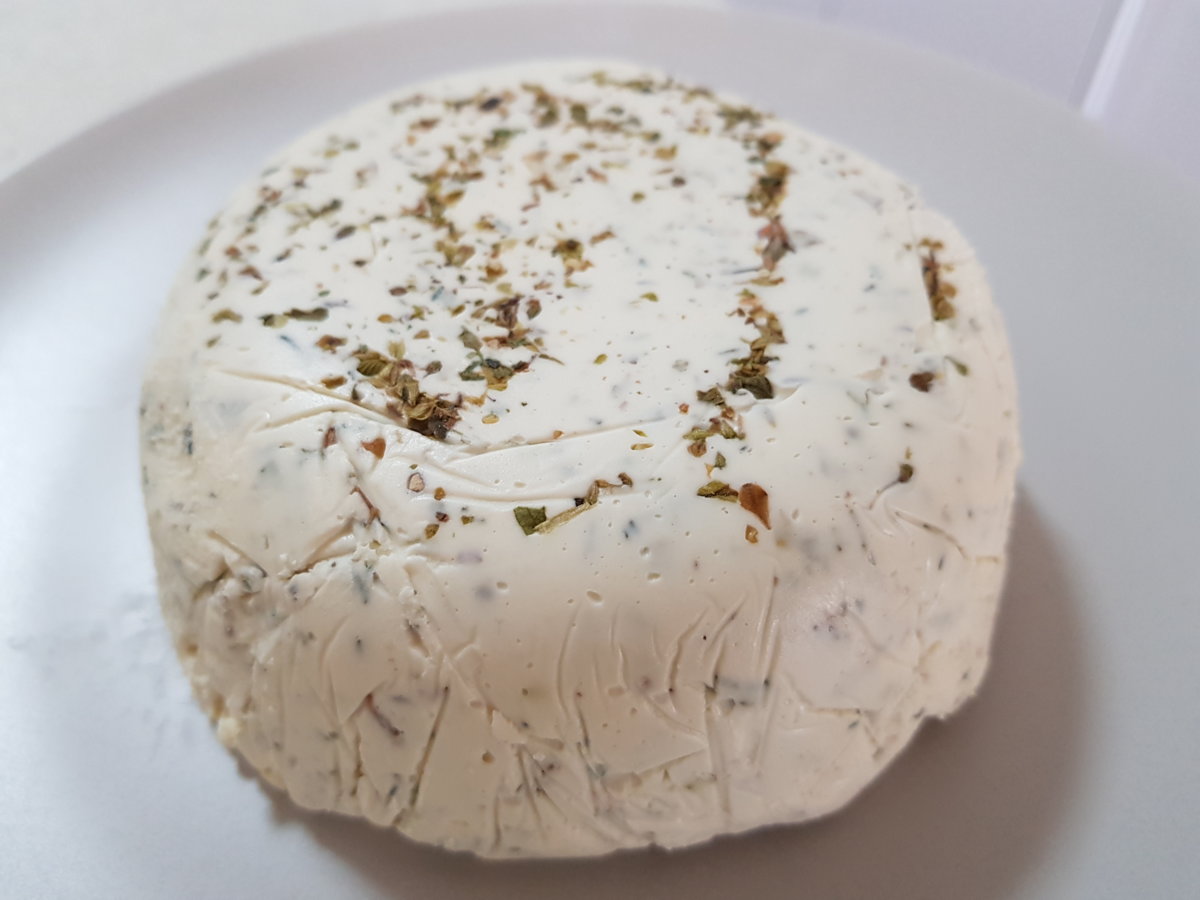 Based on tofu, cashew nuts and coconut oil this actually works in taste and texture
Now mine slices and spreads really well and has a very similar consistency to boursin itself. The taste is really nice and got the official thumbs up from hubby with him asking if he could use it on his sandwiches for work. What I don't yet know is how well it substitutes in recipes that ask for herbed boursin.
You must log in or register to reply here.
Share:
Facebook Twitter Reddit Pinterest Tumblr WhatsApp Email Link
Top Bottom