What's going on in your garden?

That must be so difficult for you. Are you able to instruct hubby step by step 'as if' you were cooking?

Morning Glory said:
That must be so difficult for you. Are you able to instruct hubby step by step 'as if' you were cooking?
Click to expand...

No, the kitchen isn't big enough for 2 people, let alone 2 cooks! He did a OK chickpea and roasted squash 'soup' if roasted squash includes charcoal, soup lacks liquid and includes slightly under cooked chickpeas... it is very tasty though! Ironically the other soup will be overcooked because he follows instructions to the letter... here doesn't taste test and doesn't check...

Painful in more than one way!

I've got the raspberry canes, parsley (curly and flat leafed), coriander in down at the very shady in the morning, exceptionally hot during the day end of the veg plot and also the New Zealand yams planted as well.

The rhubarb is now well established, so I'm hoping to start harvesting it this year (like now! ). I've got 2 types of sorrell that have over wintered and ready to start harvesting (it is frost hardy, something I have to be very careful about for the next 4 weeks).

At the far end of the plot, beyond the rhubarb, and hidden by the grass and weeds are garlic and onions and beyond those some rather wild wild rocket that has been in flower continuously since March. There is a nectar feeder that comes to it frequently, so we've been letting it stay flowering because of the lack of suitable plants locally through winter, the Eastern Spinebill (a bird). We'll need to tame it (wild rocket) at some point, but I'm waiting for the fuchsia and the jasmine to start flowering before I remove it and let fresh grow through. It is self seeded so I can't move it! I spend my life pulling wheelbarrow loads of it up...
View attachment 48015

I've still to plant the Russian red kale out. Not to mention the sweet potatoes, peas and more. Frost concerns cause issues...

Behind the veg plot, you can see the fig trees are just starting to show their leaves. They had a massive cutback this year, halving their size. I still can't reach the top of either of them!

Tomatoes, aubergine, courgettes, squashes are all grown elsewhere in the garden and can't go out yet.

I'm not certain much else will very planted out tbh. Most of my herbs are perennials and happily survived the winter. Plenty of rain (though much less than normal) had meant that they all survived. Plenty of chicken poop for manure had helped the veg plot considerably. Well it's helped most things really. I've so much of it.

I'm hoping to get a number of strawberry plants grown this year and in place for a harvest next summer, but they don't fair well here over winter and once again all of them have died, so I need to start from scratch again there. I need a hardier variety I think.
Click to expand...

We have yams in as well. We had the cauli on diunday with broccoli in cheese bake. Miss 11s fave. Our raspberries are flowering, we will have a massive crop,this year. Jam/jelly and coulis, can't wait.

SatNavSaysStraightOn said:
I've always had a large veg plot. And I grew up with an allotment which is roughly the size of the fenced in area here. Previously our veg plots were larger and I am considering extending this one later in the season. I suspect it will end up being a new one in another part of the garden though. Hubby comes from an allotment family as well though the males in his family only garden when necessary (aka forced to).

Fruit and herbs were always separate plots or scattered around the garden (back in the UK). Before we went off to cycle around the world, we used to grow virtually all of our own veg. Now I feel like I barely manage to grow a quarter of our veg, if that. I struggle so much since my back went.

Herbs are pretty easy. They are scattered around the garden in their own plots. I have 1 main herb plot and several containers where herbs also grow. Most of my herbs are perennials or aft least biannual (like parsley, leaves and grows one year, aims to set seed the next, so let 1 plant do so and you'll have the following years parsley sorted! ). I've stopped growing fennel though. Once you've got it, you've got it for life. It's harder than mint to kill in that sense.

There are loads of fruit trees here but they are in a sorry state. A combination of lack of correct care (treatment of diseases, lack of pruning full stop and failure to clear away fallen leaves which can harbour pests and diseases for the next season) combined with drought have done them no favours at all. And I have a few of my own fruit trees in large containers. I'm hoping for my first olive harvest this year ....


Thank you. I am stopping by, slowly catching up. I just need to try to get my life back and back on track now but that's going to be harder done than said. The osteoarthritis is getting worse and hubby still has another major op to come (same again but on other ankle) to treat his osteoarthritis! I'm still not able to cook. The shoulder doesn't like it at all... sober or mastery I need to find time to get that looked at and most likely operated on!
Click to expand...

I feel for you, I had never grown a thing till we got this place. We created the veg plot from lawn. I then got ill, the cost of employing a gardener did not make sense. Then in the growing season the lawns alone cost £35 every week. 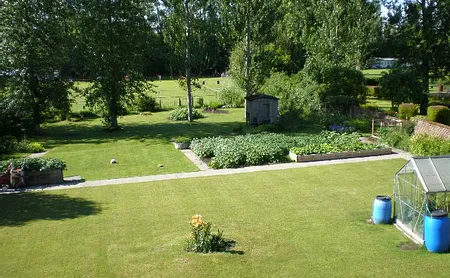 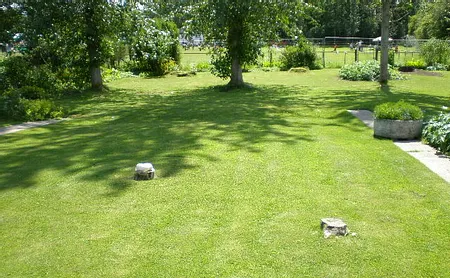 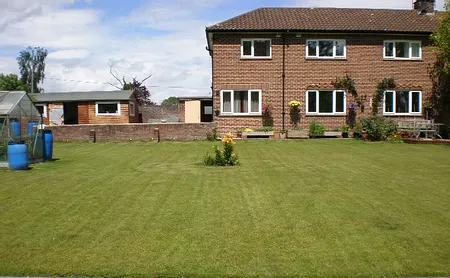 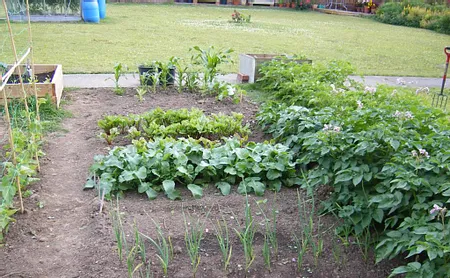 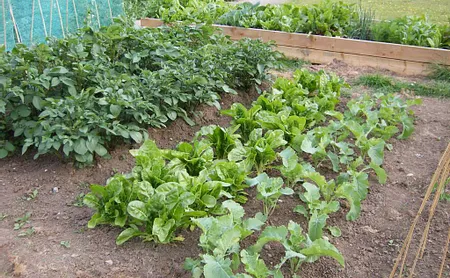 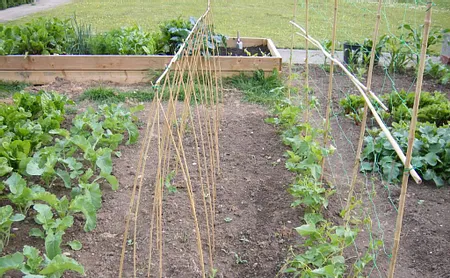 The plant killer strikes again. I killed my green onions in 2 or 3 days.

LissaC said:
The plant killer strikes again. I killed my green onions in 2 or 3 days.
Click to expand...

May they rest in peace View: https://www.youtube.com/watch?v=_bpS-cOBK6Q&ab_channel=dutchmanmm

My wife would love that garden. Amazing.

LissaC said:
The plant killer strikes again. I killed my green onions in 2 or 3 days.
Click to expand...

Don't worry. You are not alone. My father, his mother and my daughter can grow anything anywhere anytime. I am a mass murderer of all seeds and plants everywhere. I've stopped trying because I feel horrible that I don't have a green thumb. They say talents skip a generation. It flew straight past me, for sure.

rascal said:
My wife would love that garden. Amazing.
Click to expand...

Thank you, I think I caught the mental illness of gardenitiss. For the first 3 yrs I was fit as a butchers dog. I had retired at 55yrs so I devoted 50% of my spare time to it. We miss it. Mrs Blank grew the flowers 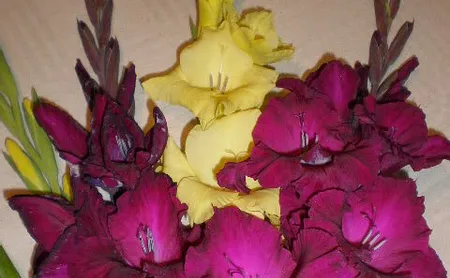 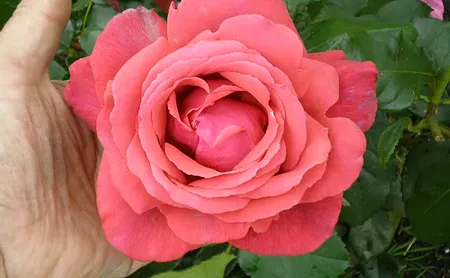 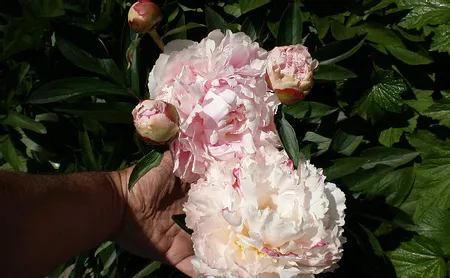 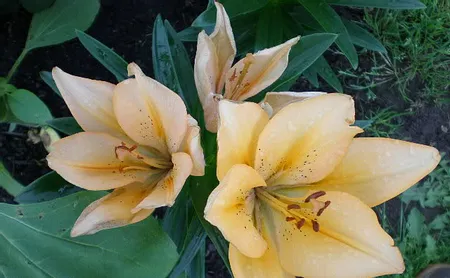 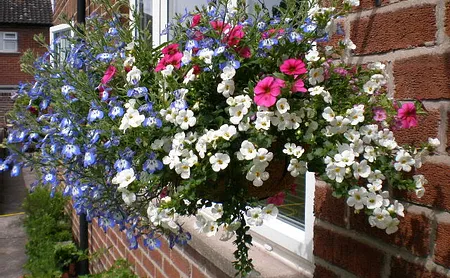 I grow the flowers here, carnations asters and stocks. I love flowers. Wife not so much.

This afternoon I was weeding the front garden but rain has stopped playing.

So do I , but my wife wanted to deal with them.

Birds are playing havoc here with new plants planted out. Wife swears they watch her plant , then dig them out. Bees everywhere last few days pollinating everything. We should have a massive crop of raspberries. Corn planted out, (20) looking good for summer. Summer starts here December.

rascal said:
Birds are playing havoc here with new plants planted out. Wife swears they watch her plant , then dig them out. Bees everywhere last few days pollinating everything. We should have a massive crop of raspberries. Corn planted out, (20) looking good for summer. Summer starts here December.

Try putting some kids silver metallic pinwheels in your garden. Birds hate them. 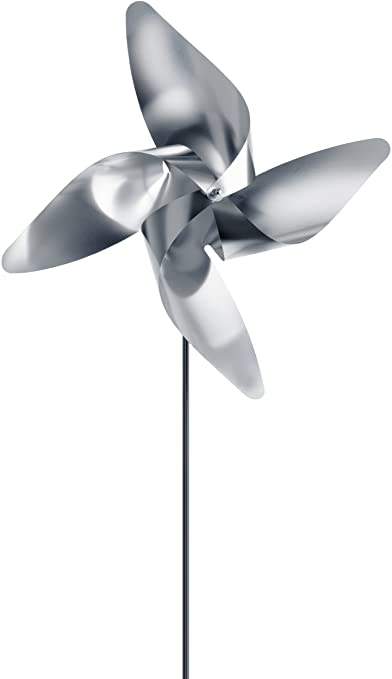