I like to cook all kinds of food. Cinnamon, mint and rhubarb are flavours that I preferably combine with desserts - that´s why I´m not keen on certain North African and Indian dishes. My family grows a few stalks of rhubarb at the countryside (most Finns - even the working class - have a waterfront summer cottage or at least access to one through a friend or family member). My grandmother used to make sweet rhubarb kissel (a kind of drink thickened with potato starch) every summer. Apple pies and cinnamon buns are as popular here as elsewhere. In good old times Finns baked round rye bread and Sunday wheat buns in the wood stove (oven), baked meat and fish pies and cooked all kinds of soups and stocks from their own supply. 'Support you local' is a growing trend. Almost every shop sells local produce. We still have a relatively clean environment here in Finland. Recent studies show that Finland is the happiest country in the world. Our general appearance is potato-like, soft and obedient. It is easy to spot a thin-skinned, small-nosed and slightly overweight Finn abroad. 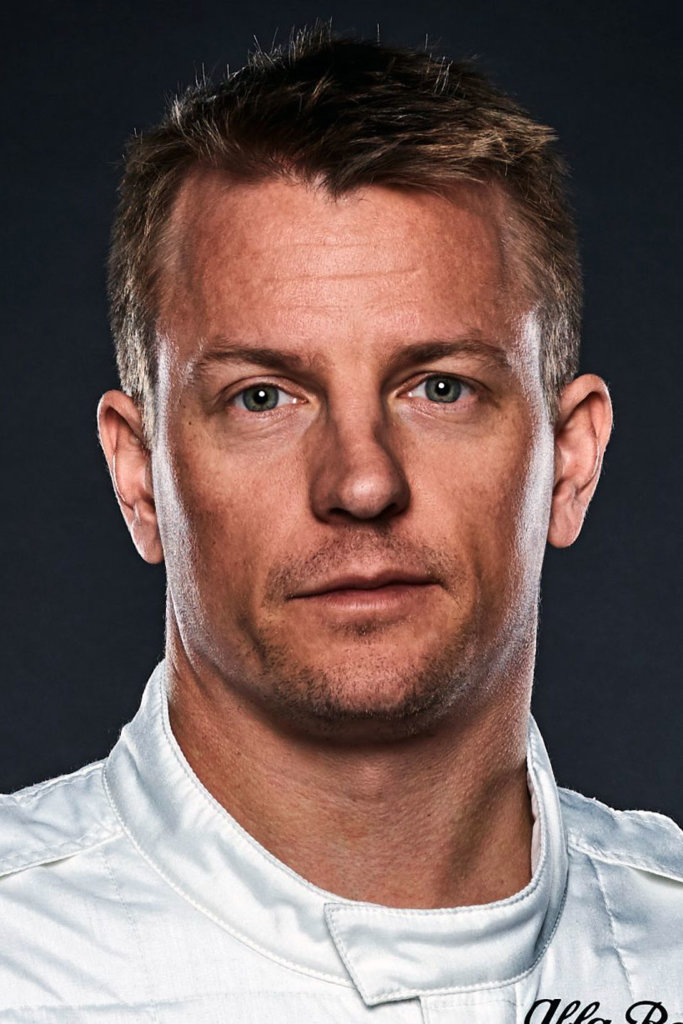 Finland is a young nation but we have a rather unique and identifiable DNA genome and a distinctive Fenno-Ugric language which is related to Estonian, Latvian and Lithuanian. Finns have gathered here from several directions. We´ve been under Swedish-Norwegian, Swedish or Russian dominance for centuries (poor us: we inhabited the country after the latest glacial period some 12 000 years ago but gained independance in 1917) and have adopted cultural and culinary influences from several directions and from the US & UK (American and British tv-series have always dominated our TV broadcasts). In the 20th century we had a close connection with Germany as we shared a common enemy in the East. We share many Mid-European traditions through clerical and educational correspondence. Thus, Finns are considered as Westerners.

Finland is full of forests and lakes and the country is sparsely populated. Unfortunately, the Baltic Sea is quite polluted (quess by which country) and low-sodium so most Finns don´t have a large variety of seafood on their daily menu. There is large scale commercial fishing in the Baltic Sea, though. Most of our salmon comes from Norway. Freetime fishing is common both at sea and in lakes. Crab fishing is allowed in lakes and ponds from mid-July to October. The main catch is imported and platted spotted crab which has spread in the wild. Many Finns - especially Swedish-speaking Finns in the South - have crab festivals and gatherings in late summer. I cook 50-70 crabs for ten minutes in a large kettle with 5 liters of water, 2 dl of coarse sea salt, huge stalks of dill and about 10 pieces of brown sugar. The crabs stay in the kettle for one hour in a kitchen sink with slowly running water (and optional cooling elements) to cool them slightly. The warm crabs are then placed on a flat surface, refrigirated lukewarm and served chilled later in the evening. The shells (8-10 medium-sized crabs per serving) are removed at the table so there has to be crab knives, large serviettes and bins available. The work and the drinks (with drinking songs) in the middle are the most fun. The crab meat is typically eaten on top of toast with chopped dill. We drink beer, champagne, prosecco or white wine and a shot or two of spirits with this dish.

Finns are quite heavy drinkers (away from us) and traditional backyard distillers. Life has been tough during forced war missions, in the dark and cold winters and during the agriculturally low-yelding spring time and early summer. T.S.Eliot´s meme ´April is the cruellest month' fitted us literally in early times: in the spring there was nothing to harvest and stocks were depleted. Spirits gave a short relief. Most people know Finlandia Vodka and some enthusiasts have maybe heard of award-winning distilleries like Kyrö (Napue Gin). Local small breweries and berry wineries are also a hit. We have a nice direct sales vegetable farm and berry vineyard near our summer place. Finns like to drink beer and spirits but the wine hobby and culinary hype attracts especially the youth and a more educated crowd.

Potatoes were introduced as late as in the 1730´s and are now widely cultivated in Finland. There are tasty domestic potato varieties like Jussi and Lapin puikula (a tiny, super sweet almond potato which grows best in Lapland). The days are long during summer (even nightless nights in Lapland) which makes our root vegetables and strawberries super sweet. New crop potatoes (little ones with no skin) are considered a delicacy and are often eaten with marinated, raw herring (silli), gravlax (raw, salt and dill-marinated salmon) or cold-smoked salmon in Midsummer and at Christmas (69,7% of Finns are Christian Lutherans). This raw fish tradition (without wasabi and soy sauce) resembles sushi & sashimi with potato replacing the rice.

The eastern Karelian/Carelian culture is rich as Carelia was a busy trade route and market place. The historic Carelia was mostly inhabited with Fenno-Ugric tribes. Our national epic 'Kalevala´has Carelian roots. In WWII Finland lost a big part of that land area. Surprisingly, rice porridge is used in the rye-based Carelian pies although the nearest rice plantations are probably in Italy. Carelian pies are usually eaten with butter or boiled eggs and butter mix on top. Creamy rice porridge is a Finnish Christmas morning tradition: a peeled almond is stirred into the porridge and the lucky one who gets it can make a silent wish.

In Finland we exchange Christmas gifts on the 24th of December: in the evening after dinner. There used to be a family tradition of going to the local church for early morning Christmas Service on December 25th but nowadays we maybe sing a few Christmas carols at church on the 24th and eat and drink and meet relatives for three days. Traditional Finnish Christmas dishes are cooked potatoes, marinated (raw) herring in different forms, gravlax and smoked salmon, beetroot, carrot and pickled cucumber salad, salted mushroom and sour cream salad, root vegetable, meat and/or liver casserole and oven-baked ham with mustard. As good as these dishes are, I understand why several Finns try something else for a change.

Dinner is served early, at 5-6 p.m. and consists of one course (usually pasta or potato with meat sauce or oven-baked salmon and green salad or soup) and maybe a small piece of cake, ice cream or hot oven-baked mild cheese ('lapinjuusto') with cloudberries for dessert and coffee on the side. Finns drink loads and loads of mild-roasted coffee. When Britons put the kettle on, Finns snap the coffee maker on. Finns tend to eat snacks like hot or cold sandwiches, fruities and smoothies, pizza slices, kebabs, hamburgers and fries or crisps with soda during the evening. On Mother´s Day and on the 1st of May Finns often dine in restaurants with their families. 1st of May is Labour Day and the general festival of all university students and persons who have passed the Matricular examination - wearing a white hat with a black cap and trim. The 1st of May is more balloons, paper horns and drinks, though. A poor man´s Rio Carnival, in a sense. Midsummer´s Eve is celebrated around bonfires or - in Åland and at the West coast - Swedish-Finnish maypoles. The menu resembles the Christmas menu without the ham and vegetable casseroles. In most families somebody pukes at some time, anyway.

In the summer we drown ourselves with Italian asparagus, local strawberries, raspberries, sweet peas and Greek cherries. In July, Finland is filled with small market stands selling strawberries, cherries and sweet peas. July is the warmest month and the most popular time for summer leave. 'Finland is closed in July'. Students have a ten week summer holiday from June to mid-August. Working people usually have a four week summer holiday.

One summer delicacy is salmon smoked straight on the side of an open fire ('loimulohi'). Most Finns have a smoking box. Alder chips and juniper twigs are used for flavouring. Smoked European perches straight from the lake taste great on crisp rye bread with dill and mayo. Lager beer for a rider, a few wild raspberries for dessert and a vot (as the Russians say). This combined with three hours on and off the sauna and cooling swims in the still lake makes one forget the stress and the long winter.

Nowadays (in normal conditions) Finns travel and study abroad, enter into foreign marriages and have variable social and cultural connections and eating habits. Lactose intolerance and celiac disease are quite common. The tendency is slowly turning towards less meat and more veggies. In family gatherings there has to be a large variety of options for everyone´s dietary needs. A few Finnish companies have made great innovations with oat as a meat substitute (nyhtökaura). The world is changing. Even small local convenience stores sell rice wine vinegar, ethnic spices and sauces, oat milk, vegetarian meat and soy products.

One more Finnish food speciality for Easter: mämmi (pronounced m´am´m´mih). It is brown, sticky and looks like poop but tastes good with double cream and a pinch of sugar. Mämmi is traditionally made of barley malt, rye, sugar, syrup and bitter orange or orange zest.

A fragrant box of mämmi. Believe me! 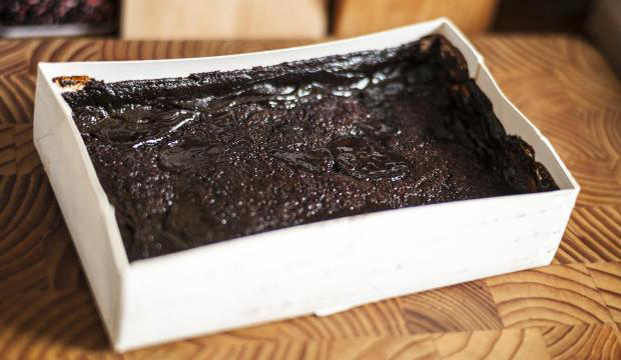 My mom used to work at Stora Enso back when they had an office in Portugal, some of her colleagues were Finnish who had relocated to Portugal. She was always amused with how they snacked on uncooked vegetables during the day, carrots and cucumbers were the most popular. Not an habit we have in Portugal but definitely healthy.

LissaC said:
My mom used to work at Stora Enso back when they had an office in Portugal, some of her colleagues were Finnish who had relocated to Portugal. She was always amused with how they snacked on uncooked vegetables during the day, carrots and cucumbers were the most popular. Not an habit we have in Portugal but definitely healthy.
Click to expand...