Morning Glory said:
Good use - but unless you take the vacuum sealer with you, they will take up more space on the way back. So I'm not sure what the advantage is...
Click to expand...

I had exactly the same thought lol

Changing of the Guards!!

This practice has been going on, probably for eons!! Companies buy out other co's, & in the meantime, the quality & trust of the appliences go downhill

Foodsavor; They wetre bought out by the Jarden Corp. Before that happened, the Foodsavor product were great! Afterwards, the Foodsavor name went sour. The heating strip craps out, giving the co. a bad reputation.

Fridgidaire: Once owned by General Motors, theses washers used to have the pulsating action. White Consolidated Industries bought them out & the washers went sour! Then another co bought THEM out.

Kitchenaid; Was once owned by Hobart for many, many years, the division was bought out by Whirlpool, then the mixers were made cheap & flimsy, breaking down too often!!

Maytag; Their washers & dryers were the 'cream of the crop"!! Then consumers have become very disatisfied with them because they were made very cheaply & were breaking down all the time!!!

Cuisinart; Once on their own, their food processors were also the cream of the crop! Now Conair owns the company. Then there was a recall on the machines because the blade had cracked from the rivets holding them to the drive posts. But a quick fix was made & the blade is now being made without the rivets. The machine that I bought had come with the newly redesigned blade though.

So you see, beauty is only skin-deep. You honestly don't know what you're getting! That is why tou have to be careful when buying appliances because anyone can snow you if they get th chance to do it!! 😱
Last edited: 15 Sep 2022

I bought THIS unit over the crappy FoodSavor ones. Much better, & more reliable!!!! For some reason though, the pic is shown backwards!! 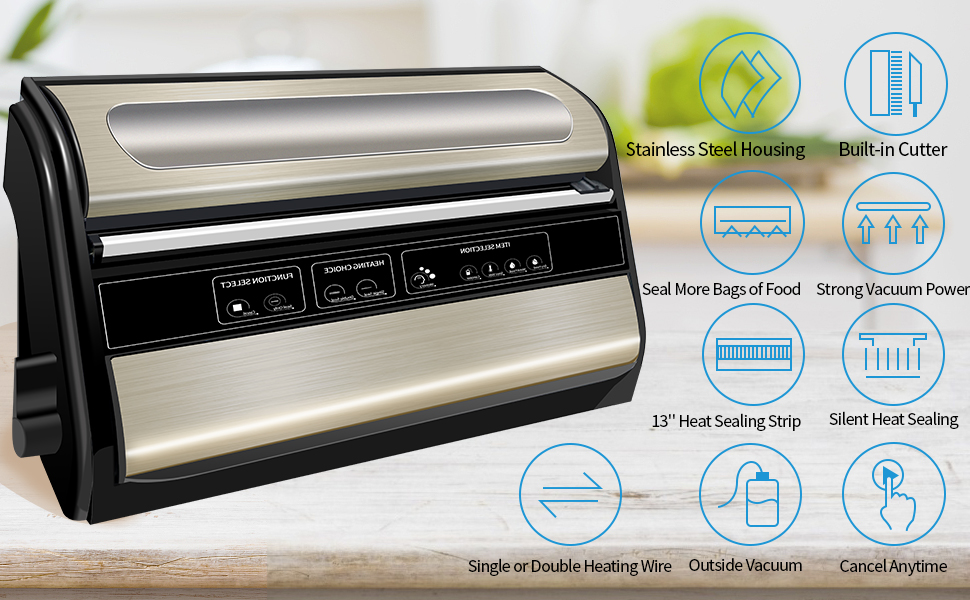 GadgetGuy said:
I bought THIS unit over the crappy FoodSavor ones. Much better, & more reliable!!!! For some reason though, the pic is shown backwards!!

It's going to be hard to use, since all the writing on the front is backwards.

caseydog said:
It's going to be hard to use, since all the writing on the front is backwards.

I DO have the manual. Someone fouled up posting the pic. It IS the right way otherwise, so, no problem with it.

caseydog said:
It's going to be hard to use, since all the writing on the front is backwards.

Maybe it actually inflates the bag.