Following my photo in the "What is it?" Thread I promised I would do gammon and pease pudding today. British pease pudding gets its flavour from the stock used, traditionally it would be made with the liquor the ham was boiled in, making it quite salty. As I roast mine I will use a stock cube instead. The Greek fava version is served as part of a Meze, and is cooked with water, and gets its flavour from aromatics, I have added a link to a recipe for that at the end. 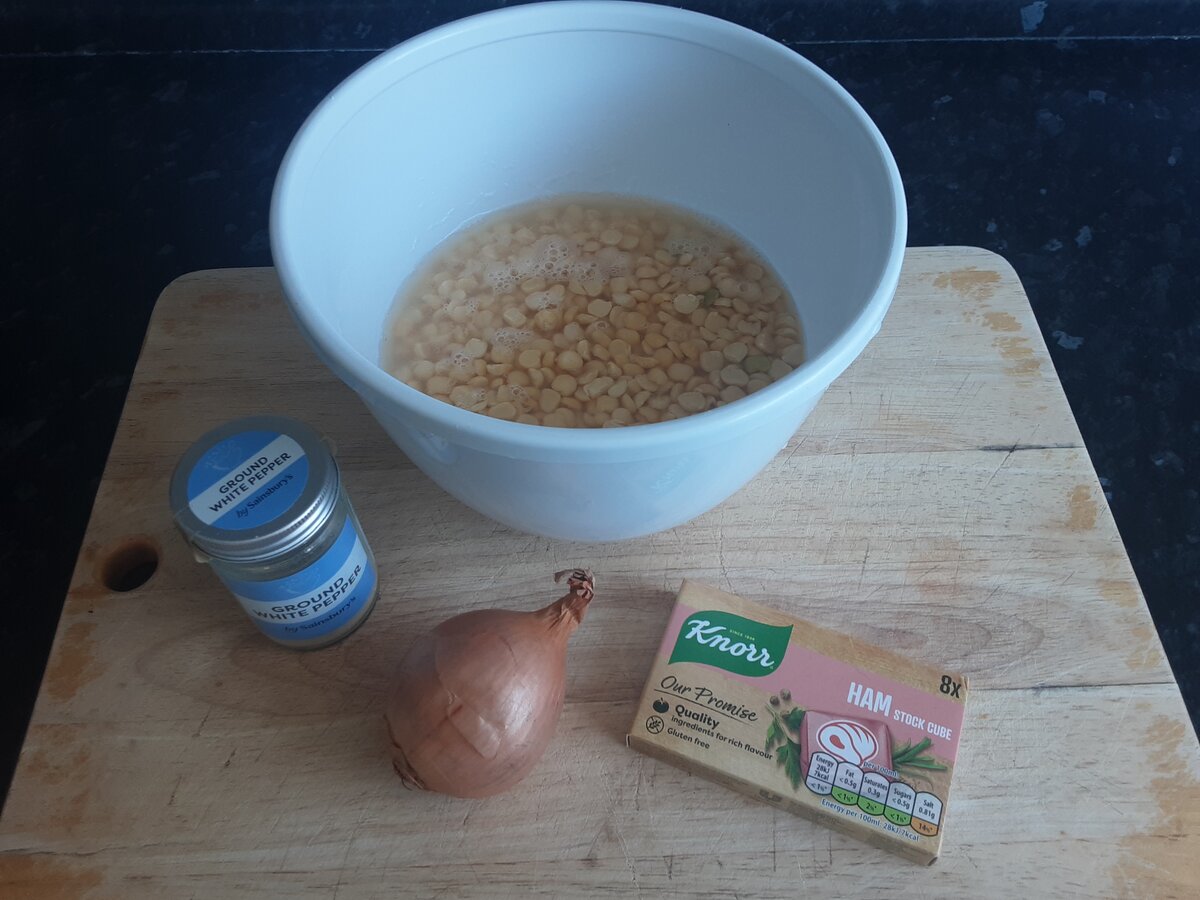 Soften the chopped onion in butter without colouring. 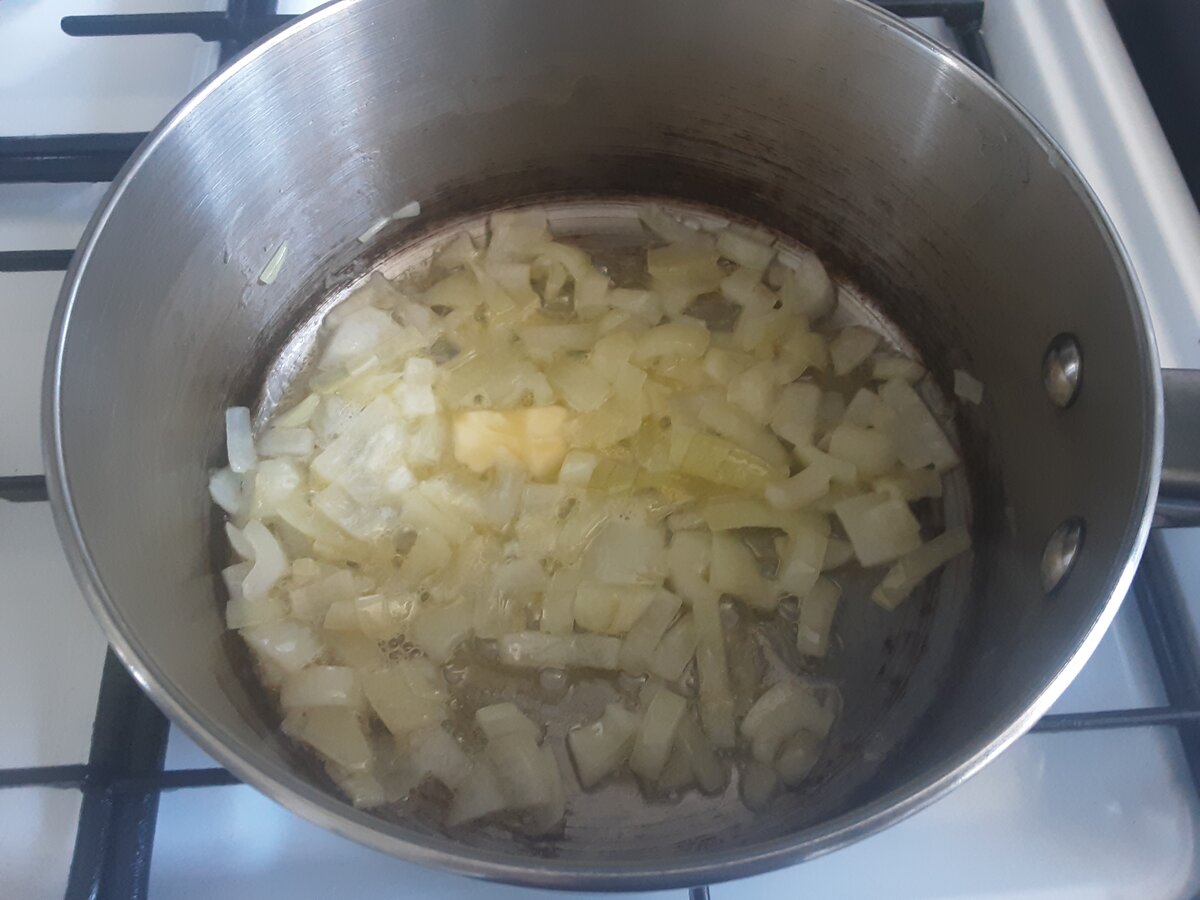 Add the split peas and stock and boil vigorously for 10 minutes. Skim off and foam and impurities that rise. 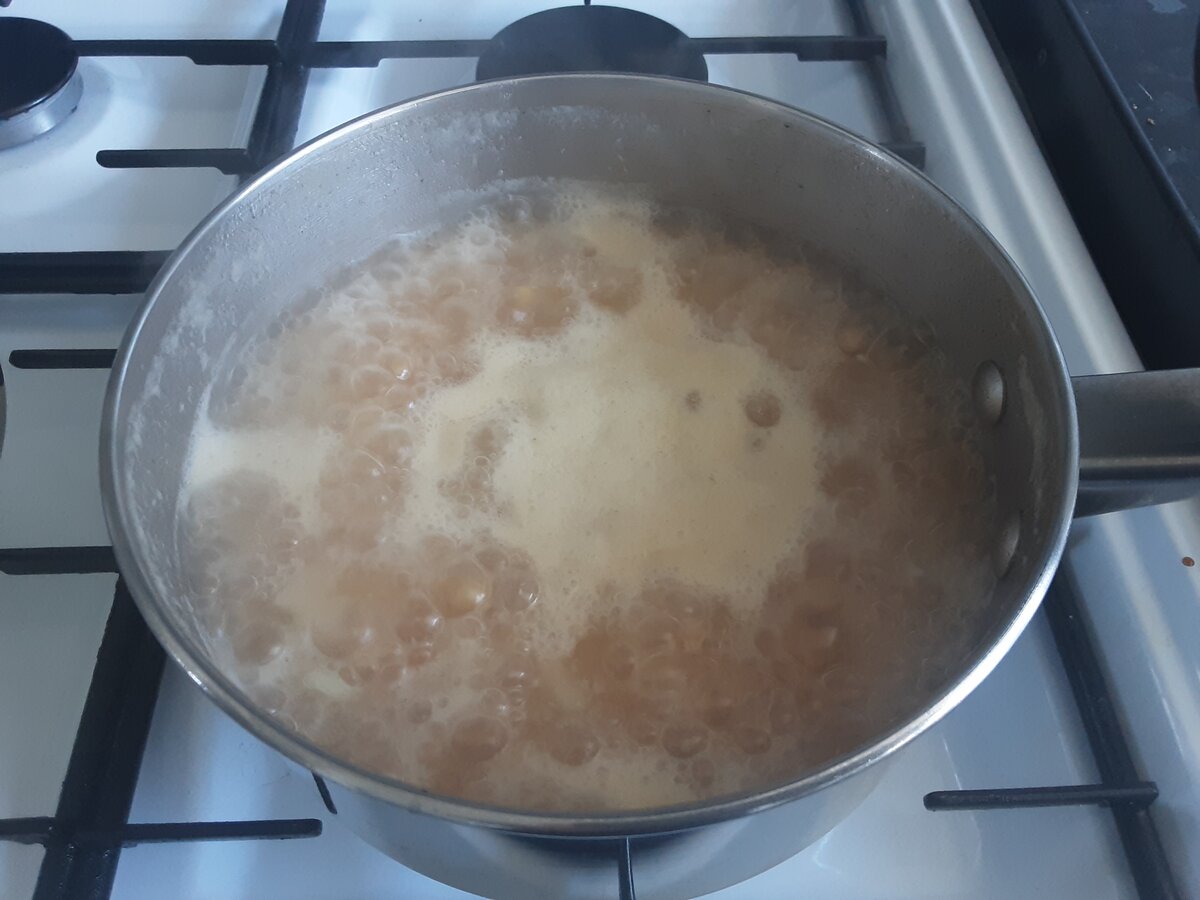 Reduce to a simmer, cover and cook out for 30 minutes until the peas are soft and the stock mostly absorbed. Stir regularly to prevent sticking and add a little water from the kettle if necessary. 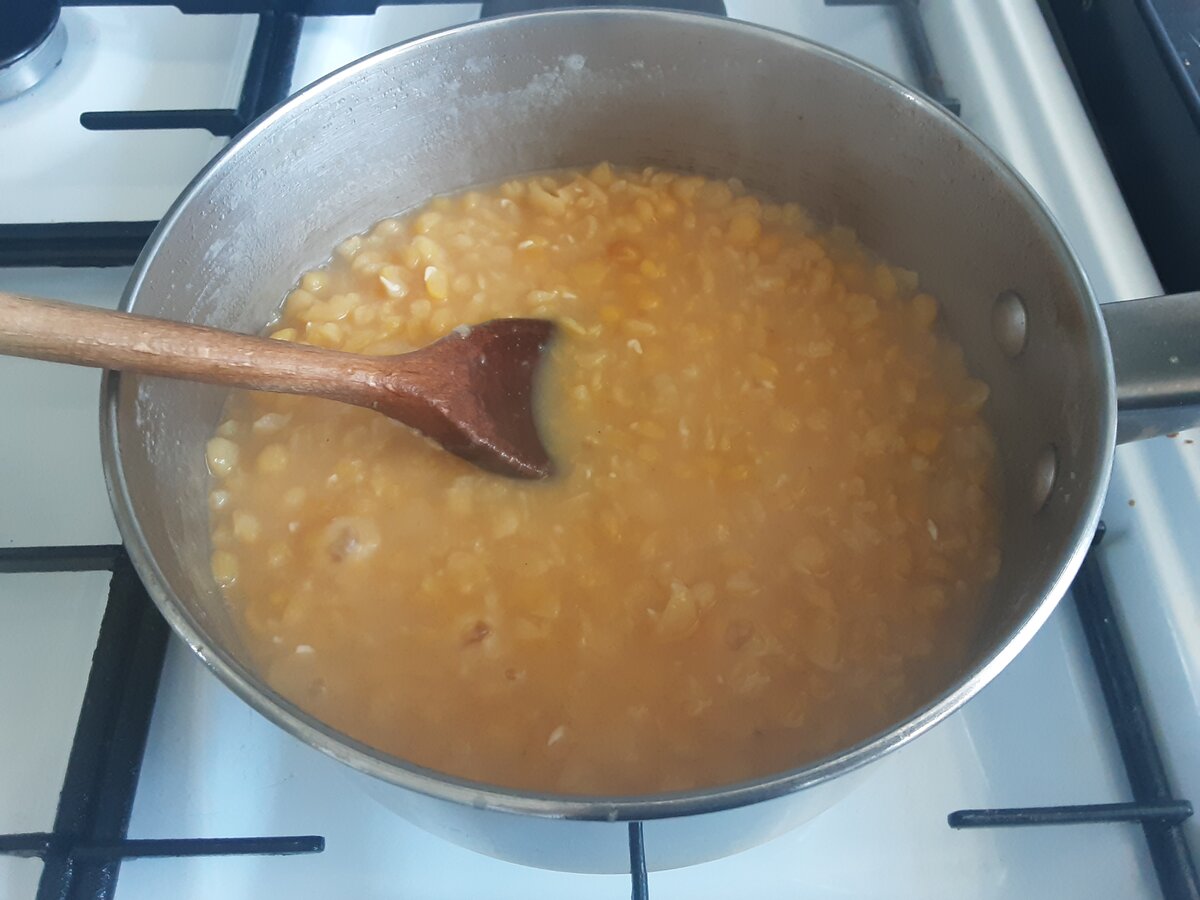 Once cooked out taste and add salt as necessary. Blend to a smooth puree, transfer to a lidded container and allow to cool. 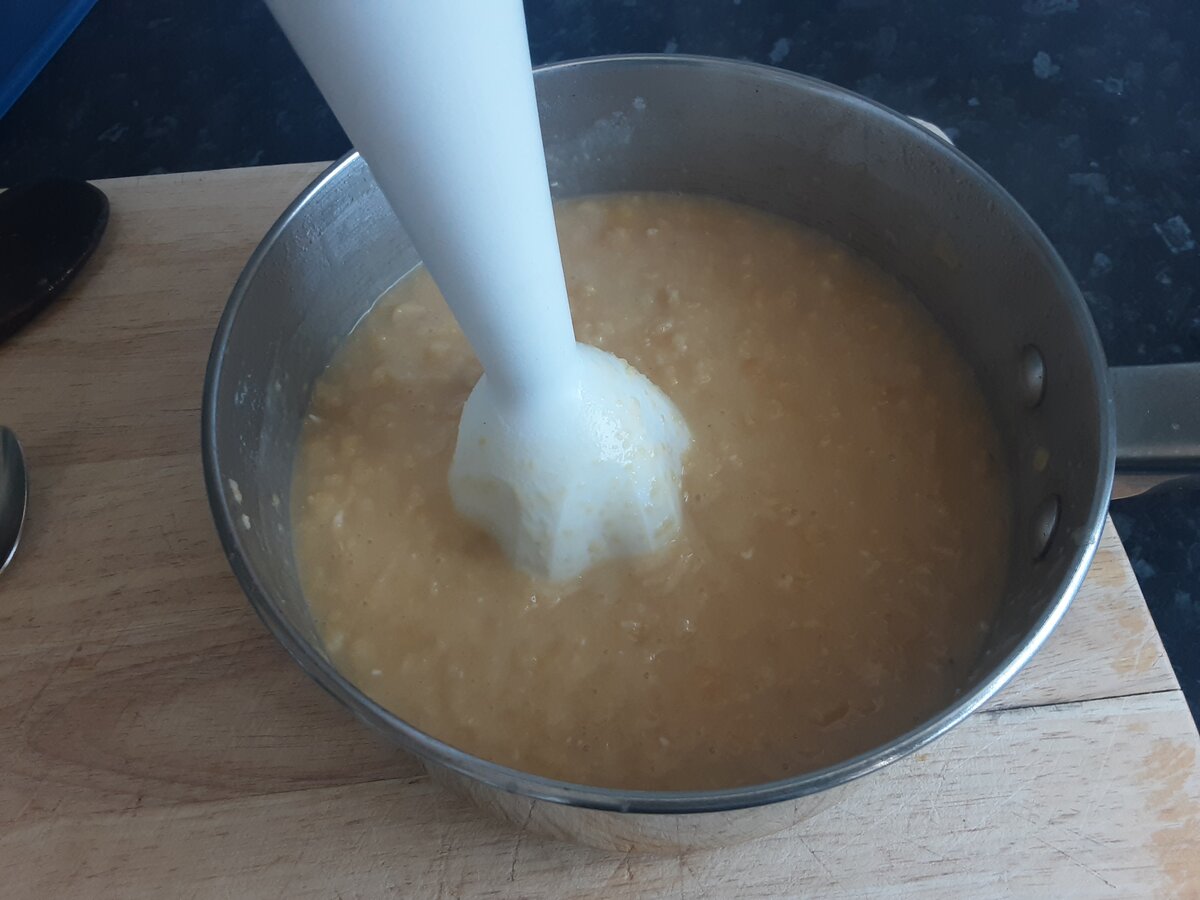 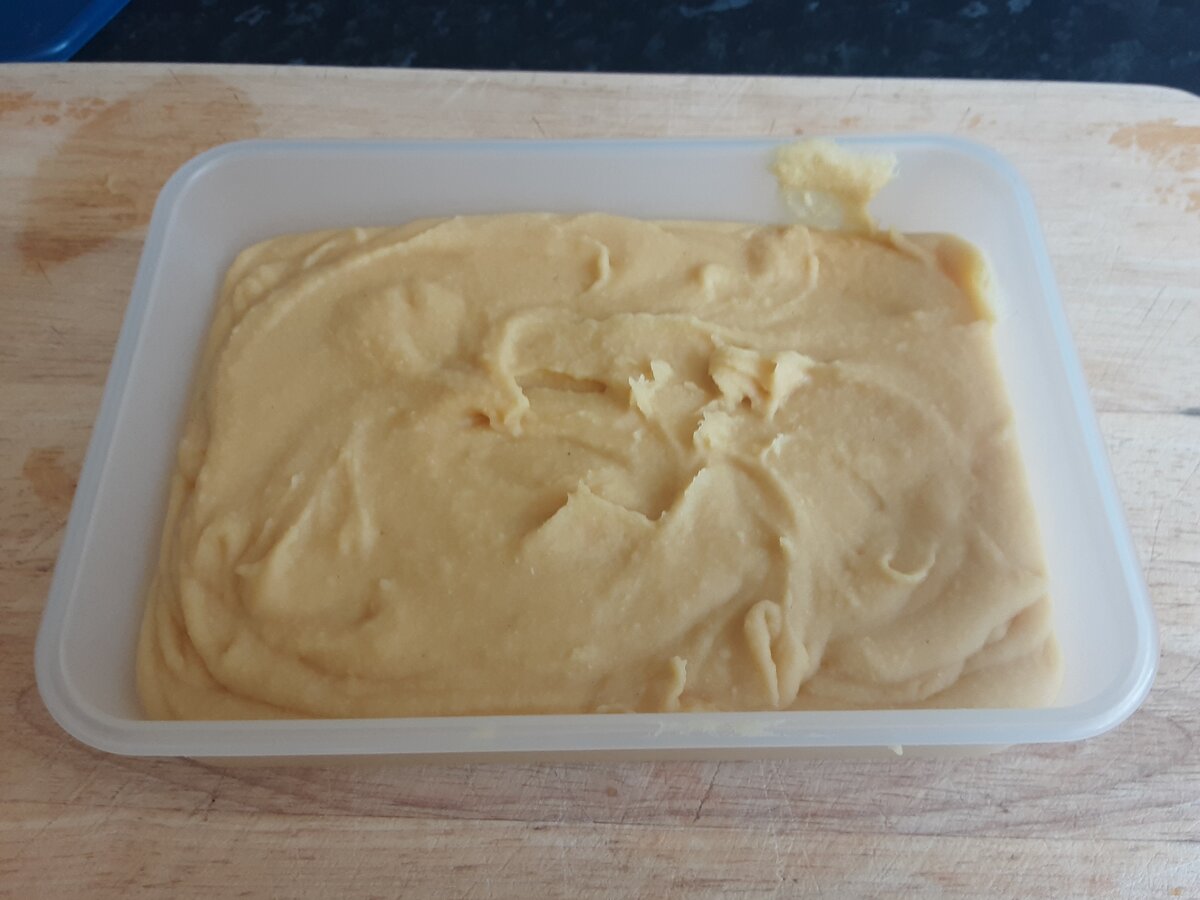 I like mine served at room temperature, others like it warm. Any left over can be spread on bread with thin slices of the gammon to make an excellent sandwich.

Pease pudding is one of my favourite things. I'm so glad you listed white pepper rather than black.

Morning Glory said:
Pease pudding is one of my favourite things. I'm so glad you listed white pepper rather than black.

Well you don't want bits in your peas pud.

I did take a couple of ladles of the gammon cooking juices and beat them into the puree for a bit of extra flavour.