If you prefer Wine to Beer or something else, which quality wine (as indicated by price?) do you prefer.

With Cabernets, I typically go for medium price, about $17 to $25 USD. But of course, I do have my favorite California Wineries, J. Lohr, Cos Du Bois, Sausal, etc. that are all Mendocino, Sonoma or Napa wineries and produce Wines in that price range that are well flavored.

Of course, there are cheaper wines and far more expensive ones. I tried a really expensive Cabernet once and did not like it.

Here in the UK you can buy a decent bottle wine for around £5 ($6.74). Its not going to be the best in the world but frankly, a lot are very good and most people would not be able to tell the difference. We have a live food show on TV here (Saturday Kitchen) which features wine experts who pair dishes with wine. They regularly recommend wines for well under £10 ($13.47).

Here is a white wine I regularly drink. It retails at £5. Its an Italian Pinot Grigio from the Veneto region. 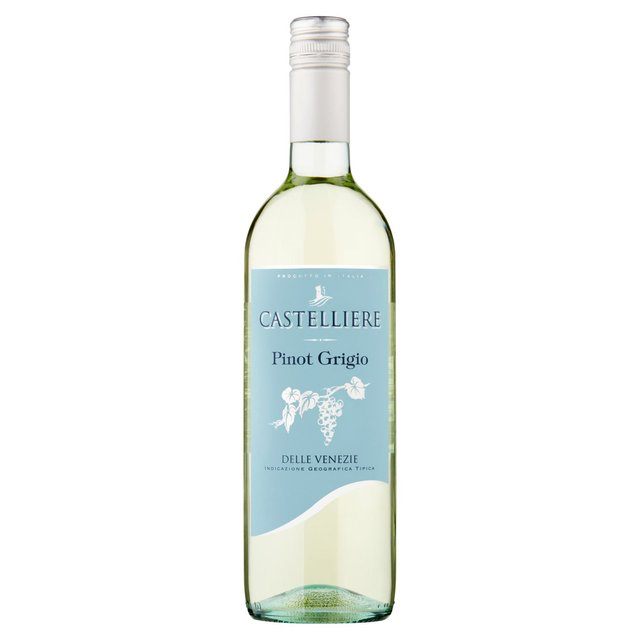 There seems to be a price range where the wines are good quality and anything below, poor, anything above, snob fluff that doesn't really own up to what it hails.

I very rarely drink any alcohol anymore, our friend and neighbor makes red and white the traditional way with just local grapes and sugar. Last years wines were delicious cold and cut with soda water.
I was brought up with French wines mainly, with the occasional Spanish red. My favorite red is Margaux . I very rarely drink new world wines especially if the grape variety originated in France.

I know next to nothing about wine, except that I like it. That's why I use online pairing guides and info sites to get serving temps and the like.

We have a winery we like that's maybe 3-4 hours from here, we make it easy and order from there. Wineries in the Ohio Valley largely produce German-style wines because that's what grows here, and it's helpful that that's what we like, so we do like sweeter wines over drier ones, but that's not to say we don't like drier ones at all - we drink plenty of each. We currently have 21 bottles of wine in the house. 22. I forgot to count the port.

Buying individual bottles, I usually spend in the $10-$20 range, though buying by the case gets me a discount. I also buy those little single serving baby wines for cooking.

Well, I'm not the only one, after all. I view alcoholic beverages as luxury food accompaniments and for Holidays and special events, in moderation, not for recreation. I do add Kahlua to my Coffee some mornings, for flavoring.

My alcohol use goes through "consumption creep."

Right now, because of my weight and diabetes testing, I'm consuming less than 20oz a week. My wife and I generally split a beer each night Friday and Saturday and then have a small glass of fizz sometime Sunday (Thanksgiving Day, I sat that aside for one day and drank my head off

Now, what'll happen next is, I'll end up having a beer Friday and Saturday, and a mimosa on Sunday, then a couple of months later, it'll be a beer on Friday, two beers on Saturday, two mimosas Sunday morning, and a hot drink with booze in Sunday night.

From there, it'll be a glass of wine or beer each Mon-Wed, two or three drinks each Thu-Fri, and pretty much drinking throughout the day each Sat-Sun.

By then, I'll have gained back 25-30 pounds, and my doc will be calling to say my glucose levels are back up, and I need to go on meds, and I'll cut everything back, loose the weight, and start the process all over again.

I've found that price is not necessarily a good indicator of "quality" . . . . because a quality wine is one I like.
I don't do noses, or finishes, or bouquets - either I like the wine or I don't and that's the end of it for me.

my state controls all distilled spirits in "state stores" and only recently allowed wines to be directly bought/delivered to the end consumer. sounds good except the (out of state) seller has to be registered and licensed by the state to do that.... a whole lotta' wineries are not paying for 49 "licenses to ship to ..." the all the other states.
so for decades you got the wines you state buyer decided were good for you....

whenever I'm wine shopping, I simply buy a bottle of something different to try. hit and miss. some surprises have appeared:
Cavit (Italian) - for a table wine I find them outstanding. very reasonable cost wise.
Bota Box - pinot grigio very nice; their chardonnay is a bit too sweet for me.
Black Box - merlot - I find it more to my liking that other boxed reds.

boxed wines are neat in that they keep for a long time. if you need a 1/2 cup of wine to x,y,z the rest stays good for 3-4 weeks, you don't have to get smashed drinking up the whole bottle so it doesn't go off....

Napa Valley Clarets are my fav. Usually around $8.
But:
Trader Joes is once again selling Two-Buck-Chuck in common reds and whites.
I've tasted worse, but not bad at all. $2.99 / 2.2 GBP. 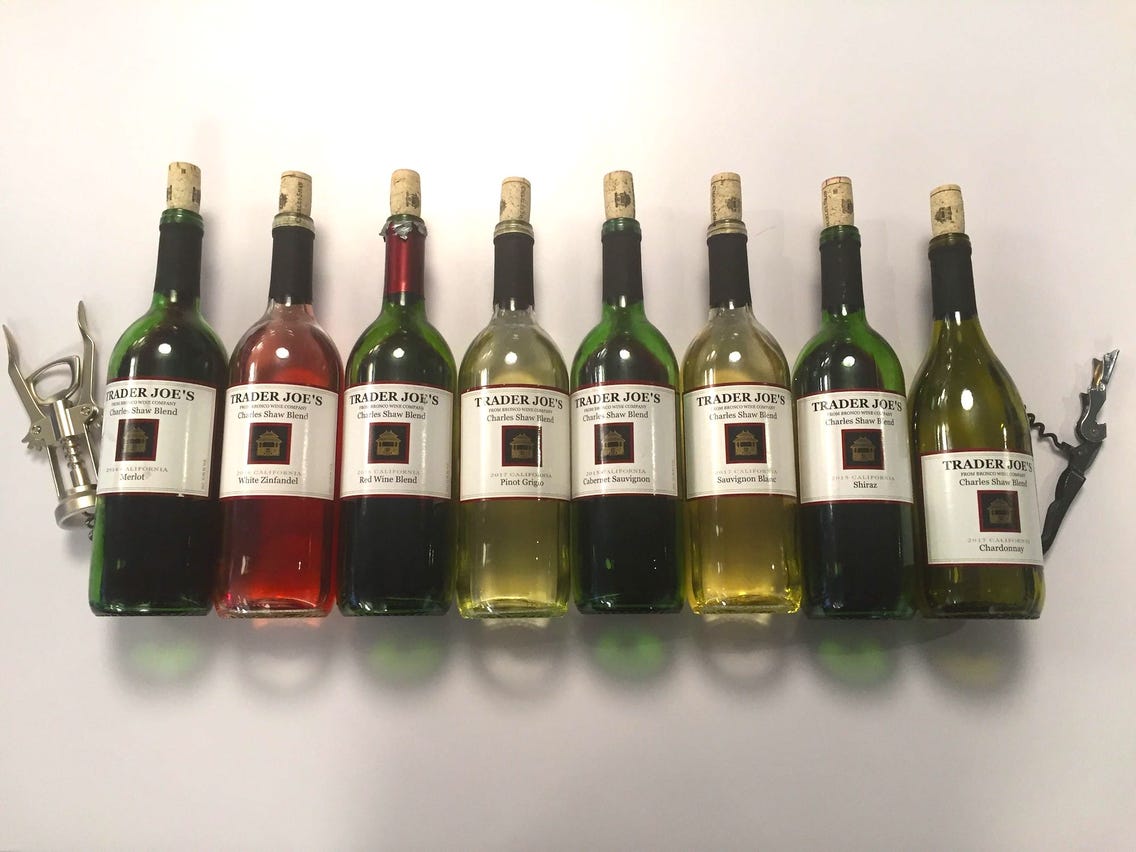 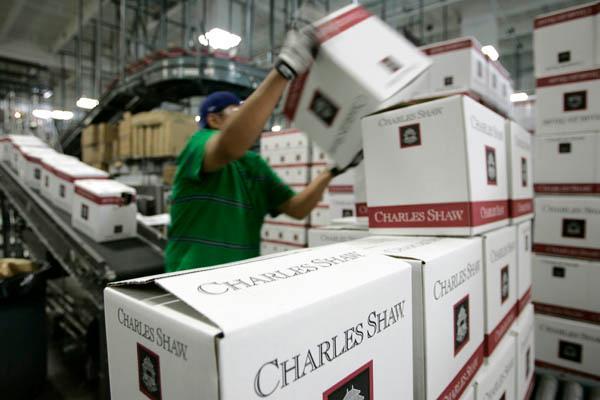 There is a simple rule when buying wine - the ratio of wine cost to production cost. For arguments sake (because I can't recall the exact figures) a £5 bottle of wine will probably comprise of 80% production costs:20% wine cost. The production costs are fairly constant across the board (with some exceptions), so your £5 will contain £1 worth of wine. Productions costs will be the same for a £6 bottle, but by spending that extra £1 you will be getting twice the value in wine, and so on.

My Grandfather owned a vineyard in Alexander Valley Ca in the post prohibition 1930's through the 1960's.
He produced brandy, white wines and a limited number of (don't call it Champaign) sparkling wines.
I can't tell you much about how wine is produced but I can tell you what my late summertime job was.
I won't haul Champaign in our RV from my past experience riddling the bottles. But that's another post for some other time.

My aunts and uncles had egg and pig farms and orchards of all sorts of nuts and fruits. Canned Ham at one time was an American staple. Entire grocery store isles were stocked with Canned ham sizes and varieties BTW. Rarely see it at all today.

I had an Uncle that was an executive for Pan Am and my dad was a ranking regular Army Air Corps pilot stationed in the UK during the first part of WW2. Another uncle a high ranking naval supply officer.

The pub my dads air crews drank at off base was well supplied with "donated" wine/brandy, produce, ham and eggs from Shangri-La.
When the War broke out Britain woke up to how much of their food was imported thus suddenly cut off. It was an alarming and tricky situation they had to remedy real fast and it contributed to severe rationing.
Last edited: 4 Dec 2020

Dive Bar Casanova said:
Napa Valley Clarets are my fav. Usually around $8.
But:
Trader Joes is once again selling Two-Buck-Chuck in common reds and whites.
I've tasted worse, but not bad at all. $2.99 / 2.2 GBP.
Click to expand...

The Trader Joes wine (not their label, but at the store) that I find suites my taste is a Muscat.

My hubby and I consume only 5-10 bottles of wine/year and we don't store red wine so there isn't much to say... We have a rakish tendency towards light lagers, ciders or gin instead of wine. I might buy Chateauneuf du Pape for festive occasions (Grenache/Syrah/Cinsault grapes), Australian Lindeman's Shiraz, Spanish wine from Duero region (mainly Tempranillo), a light Chianti or any tiny bottle just to try wines from different grapes/regions. We drink mostly affordable Proseccos and Cavas instead of Champagne. When I have a glass of fizz e.g. at a concert, I seldom look at the etiquette/tag as long as the stuff is dry. For parties we might buy Taittinger or Veuve. I don't like whites much (prefer bubbly) but cold Cabernet is ok with seafood.

Hemulen said:
My hubby and I consume only 5-10 bottles of wine/year
Click to expand...

I drink rather more than that in one week. I am not saying that is a good thing.

Morning Glory said:
I drink rather more than that in one week. I am not saying that is a good thing.