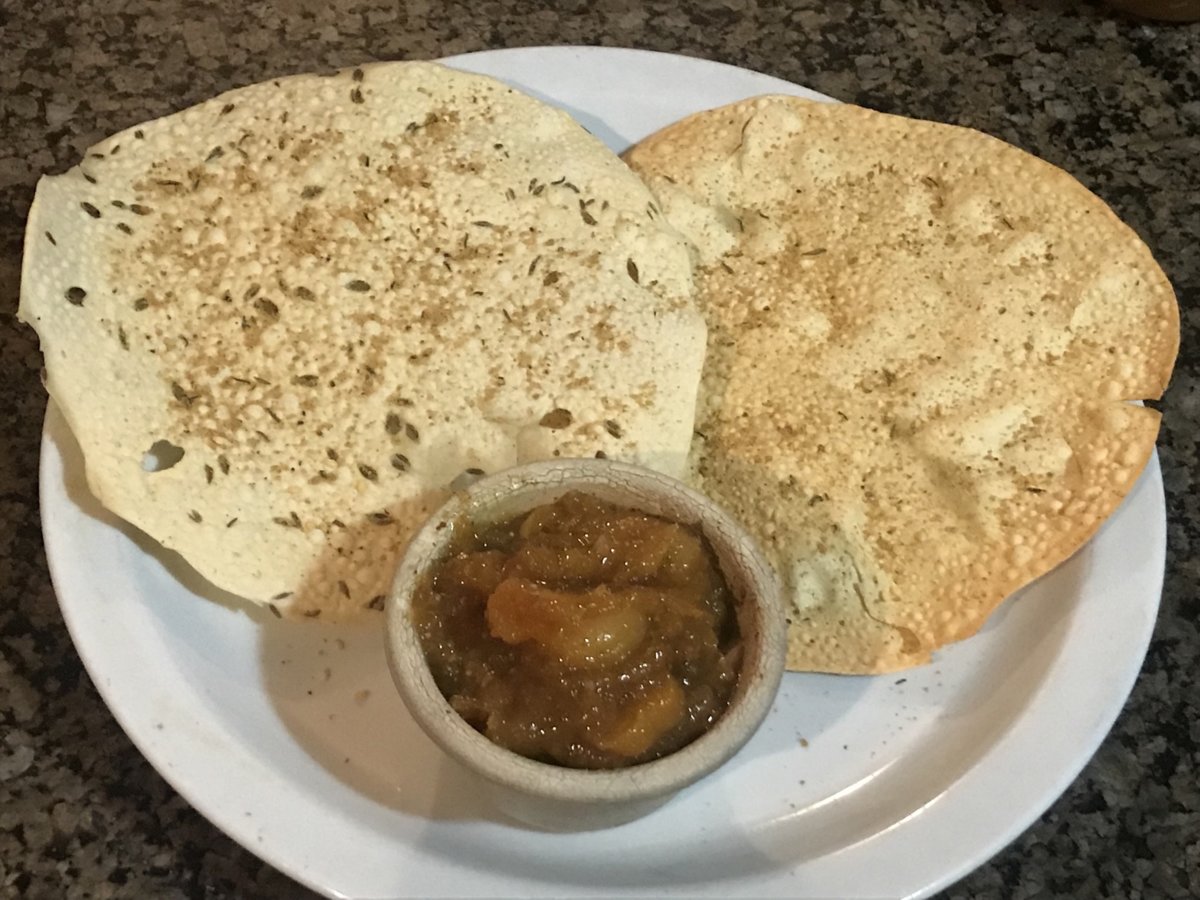 I have posted chutney recipes before, but this is the first to have cumin. It's fun to discover what happens when a recipe challenge inspires you.

I decided not to toast the cumin seeds, and to grind them roughly (rather than reducing them to a powder) because I wanted the sharper flavor to stand out.

It all starts out innocently enough, and then the. cumin grabs you by the throat and says “do you like cumin? If not, then too bad!“

It works because the cumin has a reunion with the garlic and the ginger: they have worked well together in the past. They get the cumin into the night club, and the fruit are won over by the cumin’s personality. It doesn’t make sense at first, but eventually it does.

1. Place all ingredients in a pot. Bring to a boil, reduce heat to low, and simmer until thick, about 30 minutes, stirring frequently to keep from sticking. 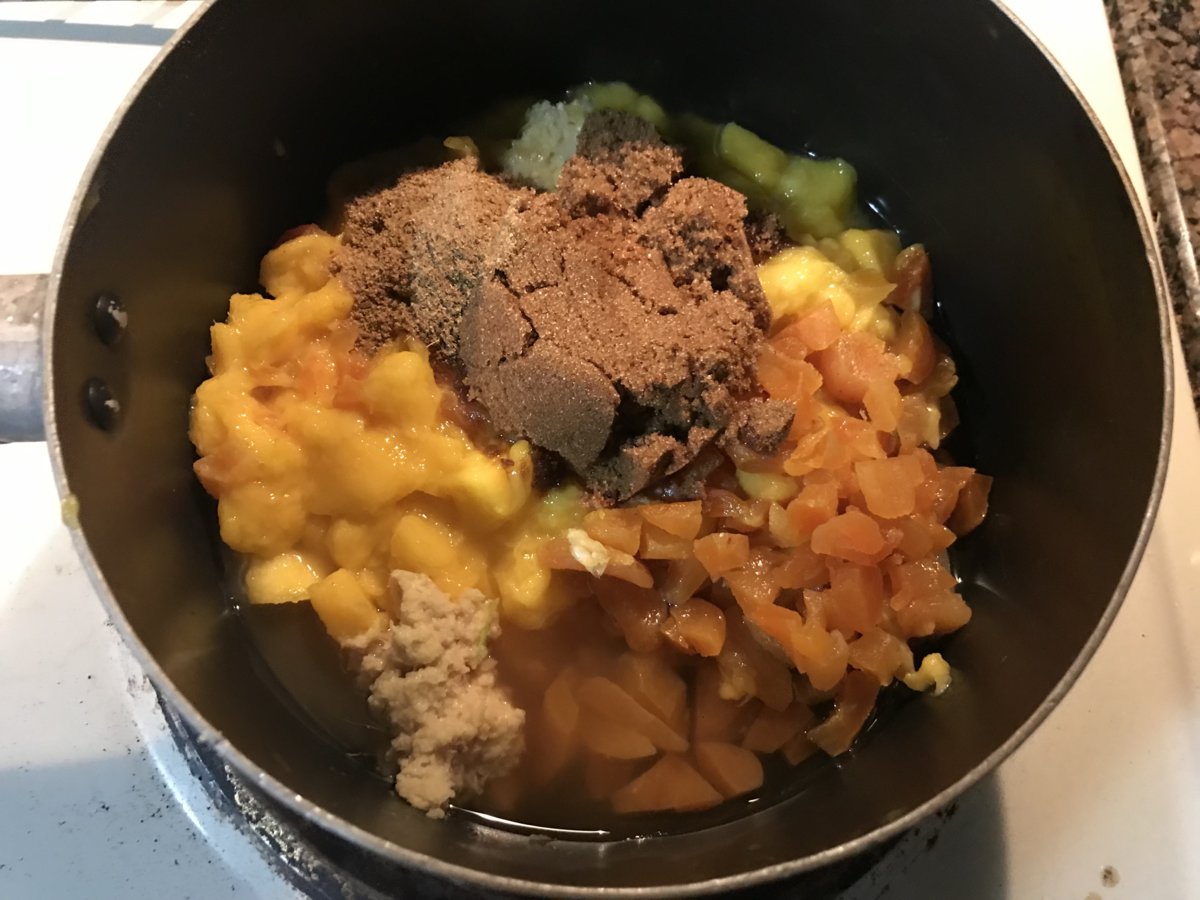 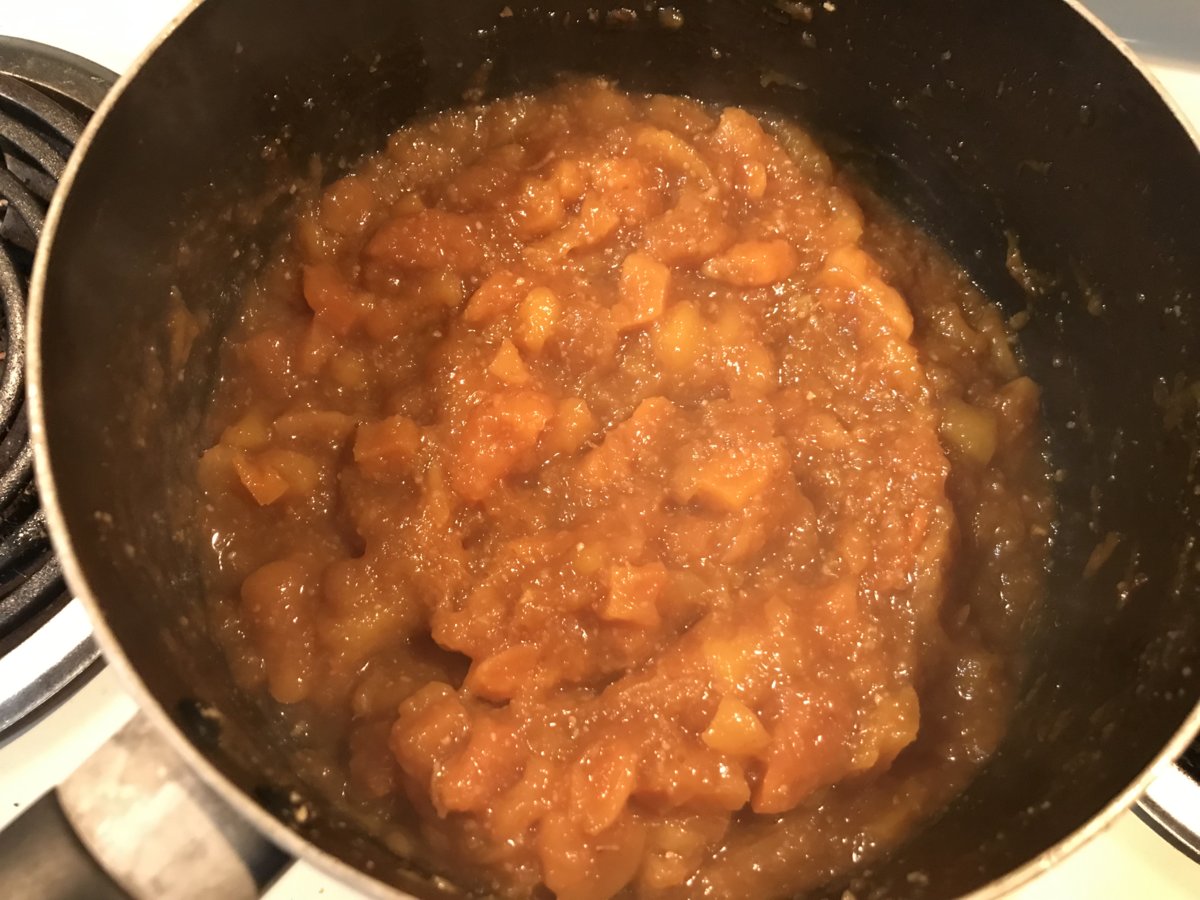 2. Serve with papadum bread,sprinkling some cumin powder on the bread when they're still hot.

3. Store, refrigerated, in an airtight container.

I love mango chutney with a curry. I love apricots too, I'm going to make this in summer. Looks real yummy.

Since I've finally discovered a mango I'll eat, this is something I'll consider making. So far, I've made salsa with mango.

What is different about the mango you have found? All the ones I've had taste more or less the same (unless unripe).

They are called "Honey Bell".

CraigC said:
They are called "Honey Bell".
Click to expand...

So they are sweeter?

morning glory said:
So they are sweeter?
Click to expand...