My Ancestry: not as Italian as I thought!

A cousin of mine is on a quest to figure out "how Italian" my family is. Our dads (brothers) were born in northern Italy. My mom was born in Massachusetts, but her ancestors were from Italy and Ireland. This usually results in a mathematical calculation of "75% Italian / 25% Irish". But, of course, it's never as simple as that. Nations aren't closed compounds, but rather geographical locations from whence people can travel, meet, and mix.

In my cousin's quest. she has sent people Ancestry.com kits so the ancestry can be analyzed. The kit I used was supposed to have been used by my dad. I wish I knew about it, because he got it years ago but never used it before he died. So, my DNA was the next best thing.

The curious thing is that some results from people down the chain have shown NO Italian. This shows that, not only do people of neighboring cultures intermingle, but also the DNA strands mix and mingle in not always predictable ways.

I have several shirts that show off what I thought my ancestry was, including an Italian football shirt that says "Italia". I was considering changing that to say "Italia?" but now it looks like that won't be necessary:

So you are 2% portuguese

I've been curious about these tests and seriously thought about taking one, but I've read conflicting things about their reliability. If I understood correctly they compare your DNA to the DNA of people from different ethnicities which to me seems reliable enough, but then they say different companies are using different databases...

My father's family also came from Northern Italy, near Torino/Turin. My last name is VERY Italian. My mom's family are of German descent, but they came to the US long before my father's family, so I'm sure their is some DNA from other countries her family tree. 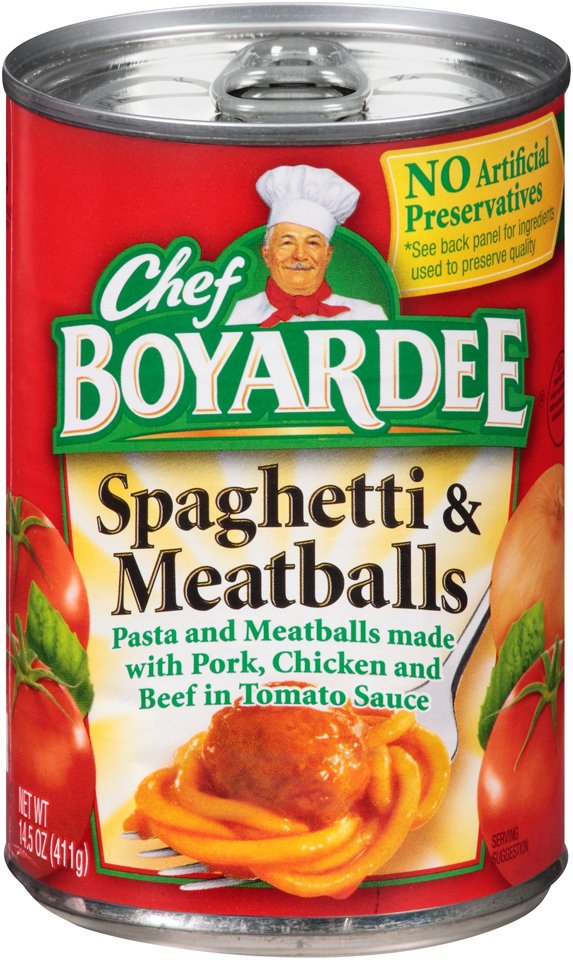 Is That You, Caseydog?!

That stuff is just nasty, smells like wet cat and/or dog food. Tastes like what I am guessing the pet food would taste like. Though I have to admit I loved Spaghetti O's as a young child.

The Late Night Gourmet said:
The curious thing is that some results from people down the chain have shown NO Italian.
Click to expand...

There is an interesting thing - you have to bear in mind that the men thought to be fathers of the children may not have been. In other words the women had 'affairs' (or sex with someone else shortly before getting together with the person presumed to be the father). This is more common than most people think. Of course, if you have DNA samples from both father and the offspring then this is easily detected.

The most accurate way to research ancestry (other than having DNA tests of fathers) is through the female line. Even that can be faulty as in some cases children born illegitimately were brought up by the women's mothers 'as their own'.

Morning Glory that's a very interesting perspective and I think you have a good point. Sometimes I meet people (children or adults) who look nothing like neither of their parents and someone (usually the father) will say "Oh they look exactly like my 3dr removed cousin" Yeah right...

My father was a womaniser and my mum always said I had half brothers and sisters out there. They split when I was three. He left and no one ever heard of him. An aunt thought she saw him driving a bus in Sydney 40 years ago.

About 25 years ago, my father asked me to follow him to a car mechanic in one of my parent's vehicle. I did as he asked. I was waiting in the 2nd vehicle when he motioned for me to get out. Again, I did as he asked. He called one of the younger mechanics over and said "MJ, this is your half brother." I stood there TOTALLY STUNNED for a few seconds. Then, both of them laughed but, to this day, I have no idea if my father was telling the truth. I was never brave enough to go back there and talk to the guy.


I have always thought that my mother wasn't my biological mother because she hates me and always has, but to have random siblings out there is too much to handle.

Is That You, Caseydog?!

My mom used to say “That’s not real Italian!” Once, she (jokingly) said “never mention that name in this house!”

Morning Glory said:
you have to bear in mind that the men thought to be fathers of the children may not have been.
Click to expand...

Jews have an interesting solution to that. The father does not matter, a child born to a Jewish woman is automatically claimed as a Jew. My roots would make me a European (Ashkenazi ) Jew. As a Jewish Atheist I have this right to return home " The Law of Return (Hebrew: חֹוק הַשְׁבוּת‎, ḥok ha-shvūt) is an Israeli law, passed on 5 July 1950, which gives Jews the right to come and live in Israel and to gain Israeli citizenship. Section 1 of the Law of Return declares: "every Jew has the right to come to this country as an oleh [immigrant]." Personally I prefer to live here. One of my interesting trouble making relatives was Jesus.

Burt Blank that's a Jewish "trick" to increase the number of Jews in the world. They are starting to be outnumbered by the Muslims in Israel.

LissaC said:
@Burt Blank that's a Jewish "trick" to increase the number of Jews in the world.
Click to expand...

Nah, there are fewer Jews World wide than after the holocaust. God believes in quality not quantity, that's why he made us his chosen people

LissaC said:
They are starting to be outnumbered by the Muslims in Israel
Click to expand...

The Arab population in 2019 was estimated at 1,890,000, representing 20.95% of the country's population. According to the Israel Central Bureau of Statistics . Israeli's don't seem to mind as they have one of the most liberal abortion laws in the world. Nb 3% of the Arabs are non Muslim.

LissaC said:
So you are 2% portuguese

I've been curious about these tests and seriously thought about taking one, but I've read conflicting things about their reliability. If I understood correctly they compare your DNA to the DNA of people from different ethnicities which to me seems reliable enough, but then they say different companies are using different databases...
Click to expand...

They do use different databases but are constantly refining these databases over time. The one I used (23 and me) sends me updates as they pinpoint my ancestry closer and closer. At first I got a message saying X percentage French/German (I'd have to look the number up), and now I get messages that pinpoint where in Germany (region-wise) many of my ancestors likely came from. None are in France but some potentially border that region.

Of course no genetics can really pinpoint actual travels ancestors make have travelled. And it will take a lot longer to develop the various databases (of which there are overlaps) to figure this out completely.

My uncle did a lot of hard work doing ancestry for the family back in the 90s - the German/English part seems valid from his results. He mostly covered Dad's side (being Dad's brother) but took a little time to research my mother's background, too. From both names that cropped up in his research and from the DNA study, there's a hint of Ashkenazi ancestry in there as well. But too low to be verifiable (yet).

Mountain Cat the work your uncle was doing on finding your ancestors is fascinating, I thought of getting something like that for my grandma but the companies that do that are crazy expensive. You can do it manually but it's tedious work. Here in Portugal you basically have to chase civil registration offices and because this is a Catholic country also churches, and look for registrations of marriages and baptisms. Going back 2 or 3 generations, if someone in the family moved out of the country or didn't baptize their children it's like they didn't exist.
You must log in or register to reply here.

Christmas Eve: The Feast of the Seven Fishes
2

Anyone still use a bread making machine?
2