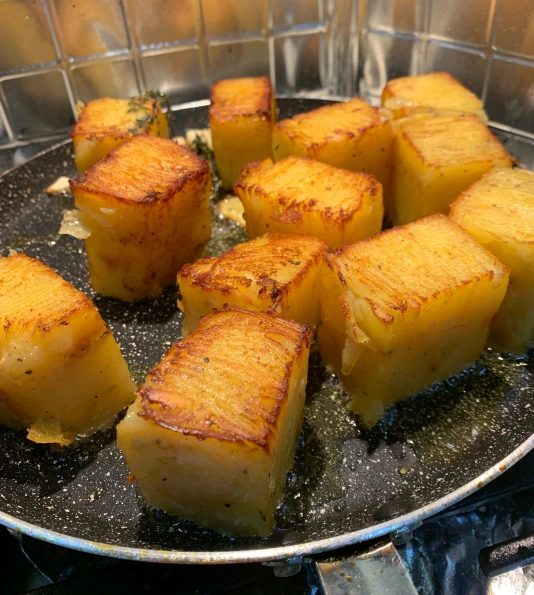 A Potato Pavé is basically a very fancy potato Dauphinois/gratin (although it doesn't use cheese), flavoured with thyme and garlic, but because it has the 'slice and fry' step you get a nice crunchy exterior that makes this decadent side a little more refined. ‘Pavé’ is a French culinary term for describing flat rectangular shaped foods apparently. It's quite labour-intensive and there are several steps to this – first a baking, then a compression followed by an overnight rest, then the frying/finishing so I reserve this for special occasions when I have more time. I got the recipe from here which was derived from Thomas Keller’s Ad Hoc cookbook.

Ingredients
Method
Here it is after the first oven bake and after it's been compressed and refrigerated: 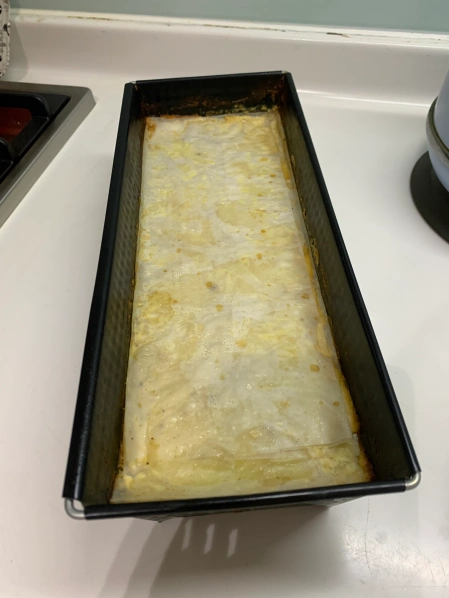 Run a knife round the inside and turn it out onto a board, then remove papers. Slice: 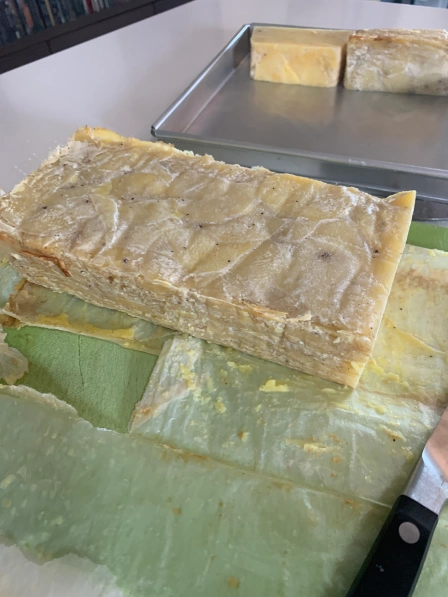 Fry the slices on a medium-high heat on all sides; the striations caused by the layered thin potato slices are clearly visible: 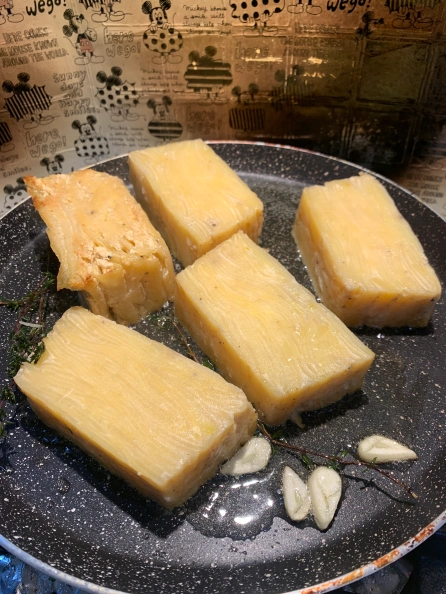 Get them nice and brown on the four biggest sides. 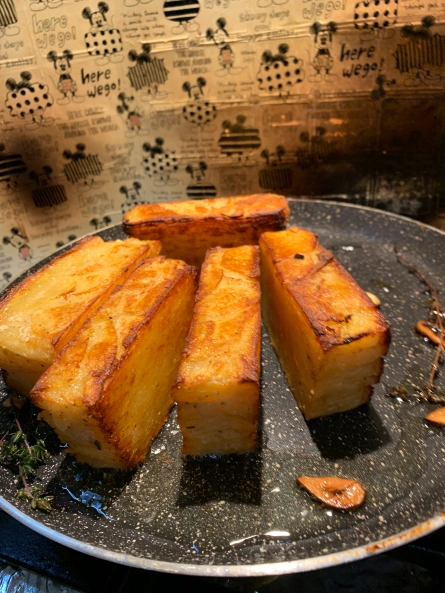 A decadent and delectable potato side dish: 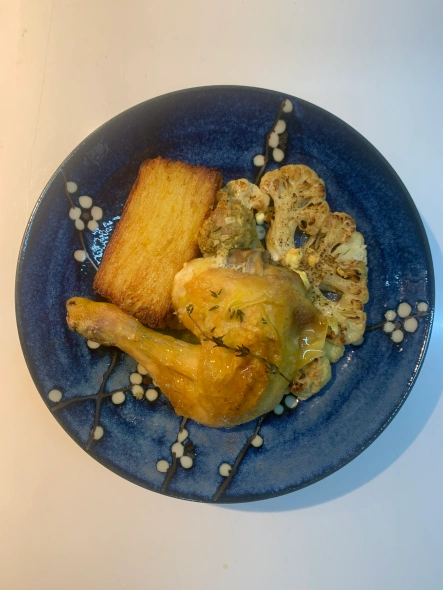 It looks like you executed this perfectly - I was looking at a recipe the other day but decided it was too much fiddling for me. Bravo! Really well done.

Very nice, I need to try these one day soon!

Morning Glory said:
It looks like you executed this perfectly - I was looking at a recipe the other day but decided it was too much fiddling for me. Bravo! Really well done.
Click to expand...