Just curious, what nuts grow locally where you live? Pecan trees grow in much of Texas -- more in Southern Texas, but they do grow well in North Texas. That's about all for nuts where I live.

caseydog said:
Just curious, what nuts grow locally where you live? Pecan trees grow in much of Texas -- more in Southern Texas, but they do grow well in North Texas. That's about all for nuts where I live.

Famously in Kent - Cobnuts. You can forage them from the wild around here. They are related to hazelnuts. Here are some I found a few years ago. 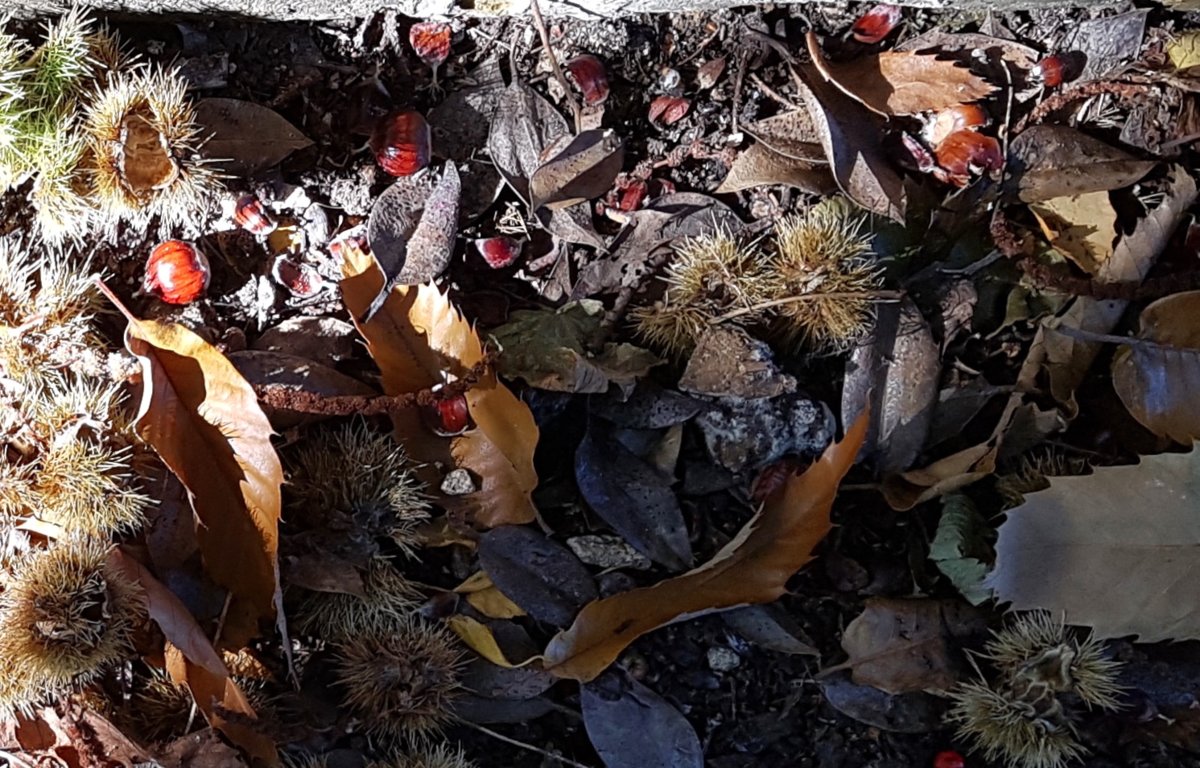 Well, Ohio is "The Buckeye State" for a reason, though I've never known anyone who eats buckeyes, except for the confection named after the nut.

Most of the nuts that grow here aren't eaten by humans (though probably could be, I suppose), but the one that does grow here and is eaten by humans is the black walnut, which has a near cult-like following. I grew up less than 10 miles from the Black Walnut Festival, which does attract people from all over.

Nasty, nasty things. The shell is covered in a smelly husk that'll dye your hands a bright yellow-green that won't come off, the shell is harder than a coconut, and then once you get to the meat inside, you're rewarded with a musty, moldy-tasty hunk of sour.

I can no longer eat my favorite nuts... pistachios. This is a sad outcome. Pine nuts are also a problem, and I love those, too.

I can eat almonds and coconut, but with almonds I'm just not fond of them "dry". They need further treatment to enhance their flavor (or, perhaps to bring that out).

I abhor hazelnuts anywhere - and I'm not about to do any test driving of them to find out if I'm now sensitive to them, as well.

I really don't enjoy the rest of the tree nut world enough to care. Unfortunately I don't cook with them, myself, and if they did end up posing a problem if I ate them out... that would be a MISERABLE drive home looking for a rest stop, well, like immediately. (I do suspect I'm fine with walnuts)

I'm roasting peanuts later, some for snacks, some to add to a satay dish I'm making either today or tomorrow .
My daughter has asked me to make chicken cashew curry, again!