This recipe is from Rick Stein's 'Spain' published in 2011. Its a rather rustic Catalan dish originally cooked for Rick Stein by Antonio Myers the drum player in Los Mustang - a Spanish band from the 1960’s. The original dish calls for Spanish blood sausage (butifarra) and fresh garlic shoots but as Rick says, both are hard to come by in the UK and the dish works just as well with garlic, black pudding and salad onions.

There is little that can go wrong with this recipe; black sausage with broad beans is a combination I've used before so I knew this recipe would work. Its full of earthy flavours offset by salty bacon and fresh mint and the Pernod adds a delicious aniseed note. If you really don't like blood sausage then you could substitute another strong tasting sausage of your choice, although it would change the flavour profile. 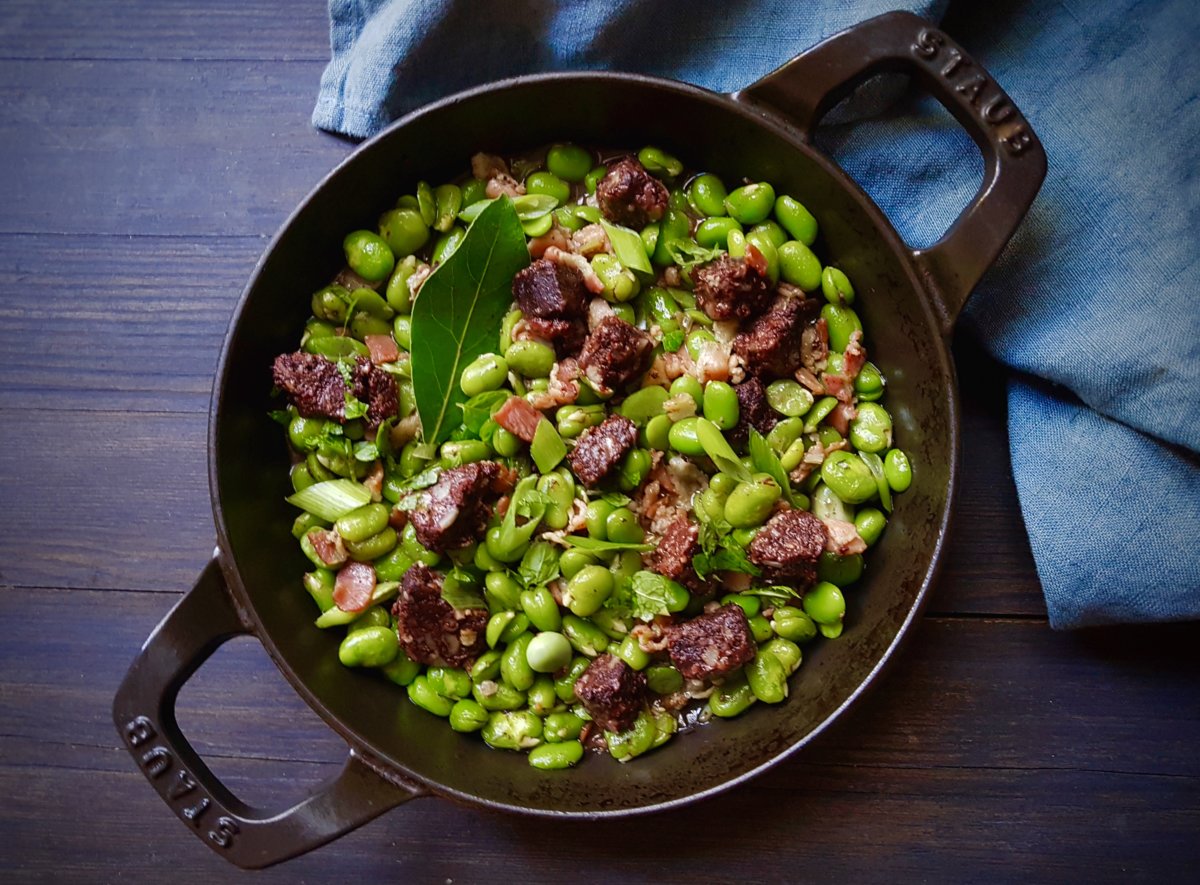 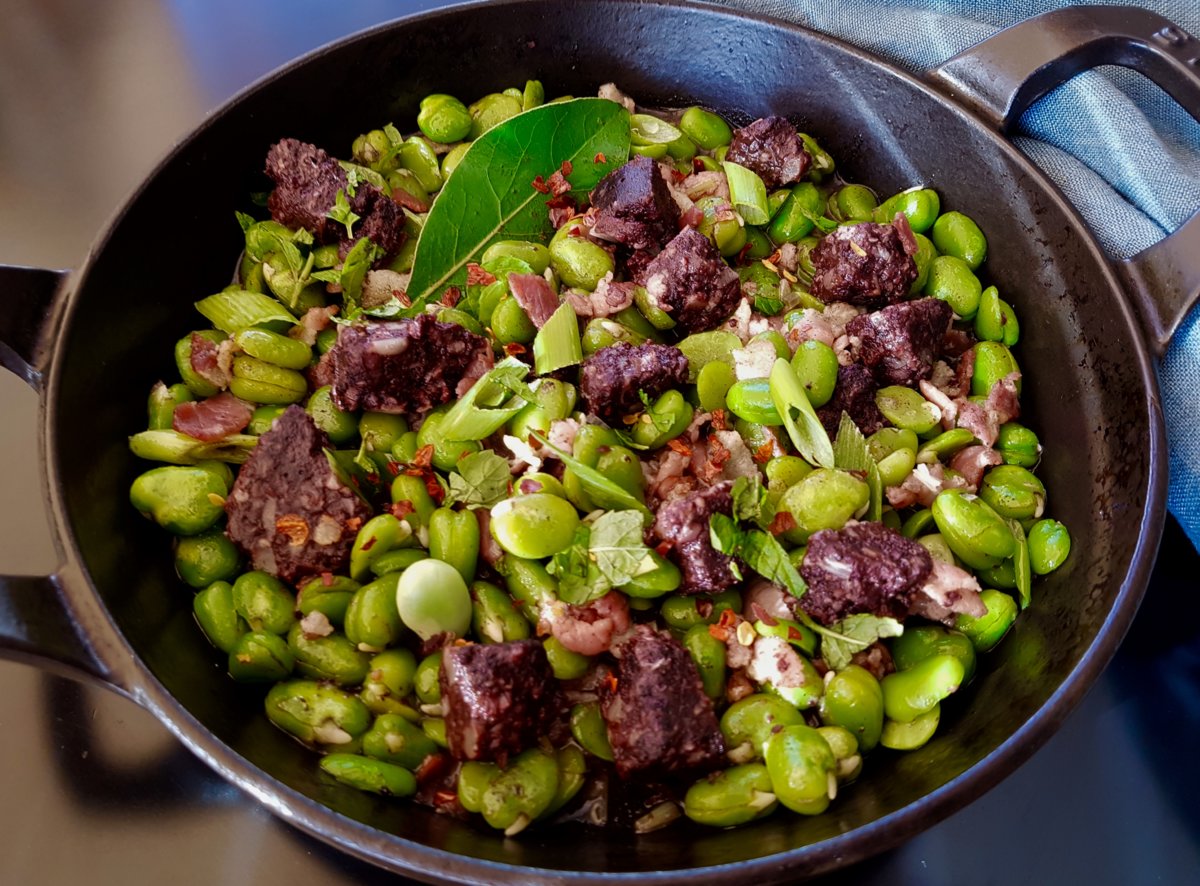