Tuna casserole was a staple in my house growing up, as in many households across the United States. The typical tuna casserole is so basic, at least it was in our home. My mother simply compiled Campbell's cream of mushroom soup, canned tuna (nothing fancy), and cooked egg noodles and baked it. Sometimes she would add a can of peas to the casserole and top the casserole with crumbled potato chips. As an adult, I still enjoy tuna casserole (and my husband loves it), but I have found ways to make it a little fancier that makes it even more enjoyable. For one thing, I generally use good Ahi tuna instead of canned tuna, and I make my own cream of mushroom soup from scratch: Homemade Cream of Mushroom Soup. For the homemade cream of mushroom soup: I used a homemade seafood stock to add another dimension of flavor to the soup: Seafood Stock. If you are crunched for time, 2 cans of cream of mushroom soup mixed with a little milk will suffice in it's place. I still like to top the casserole with potato chips during the last few minutes of baking, although sometimes I will use French fried onions or even caramelized shallots on top. I like to garnish with some chopped fresh herbs before serving. This recipe serves 4-6 people, depending on appetites. 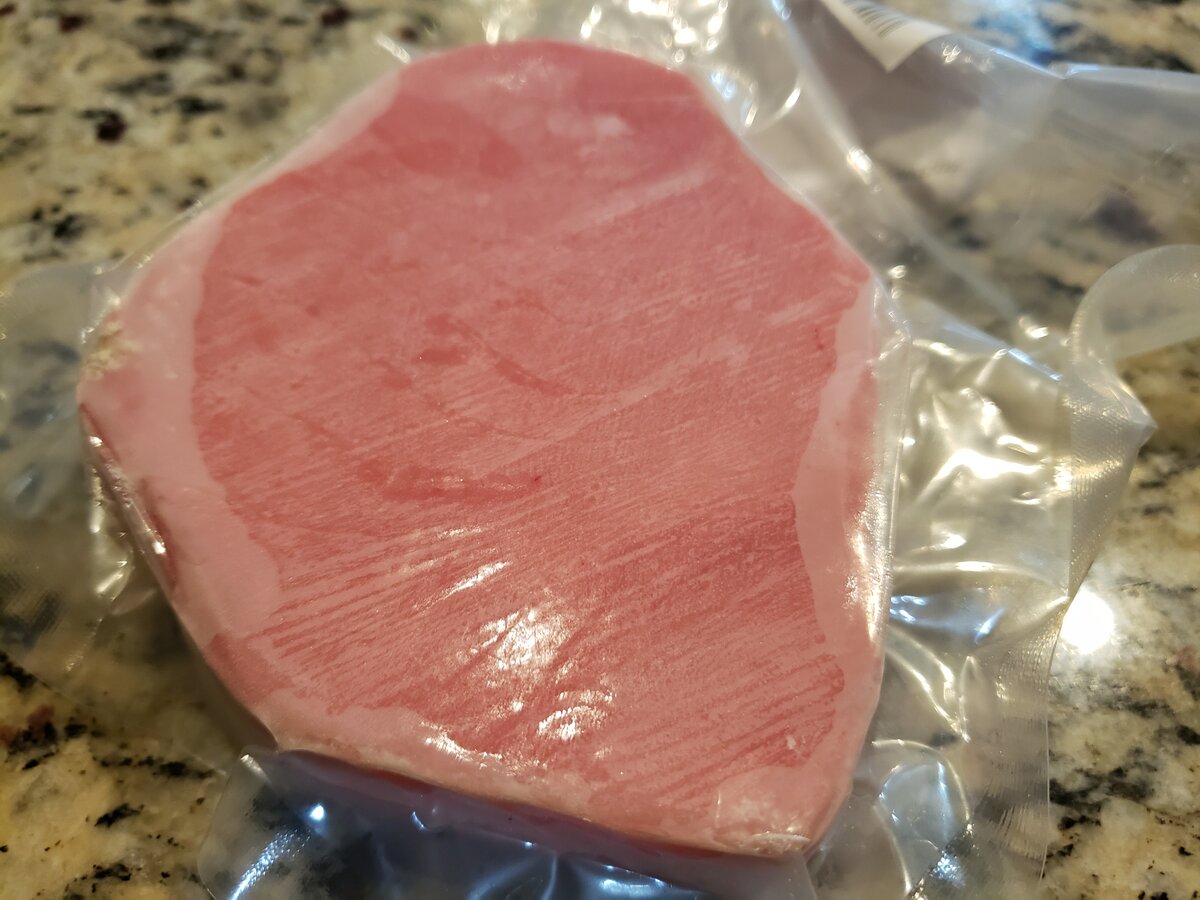 Melt butter in a square casserole dish (I used a dish approximately 9x9 inches). Place tuna into the dish and cut into bite sized pieces, then sprinkle the lemon pepper over the top. 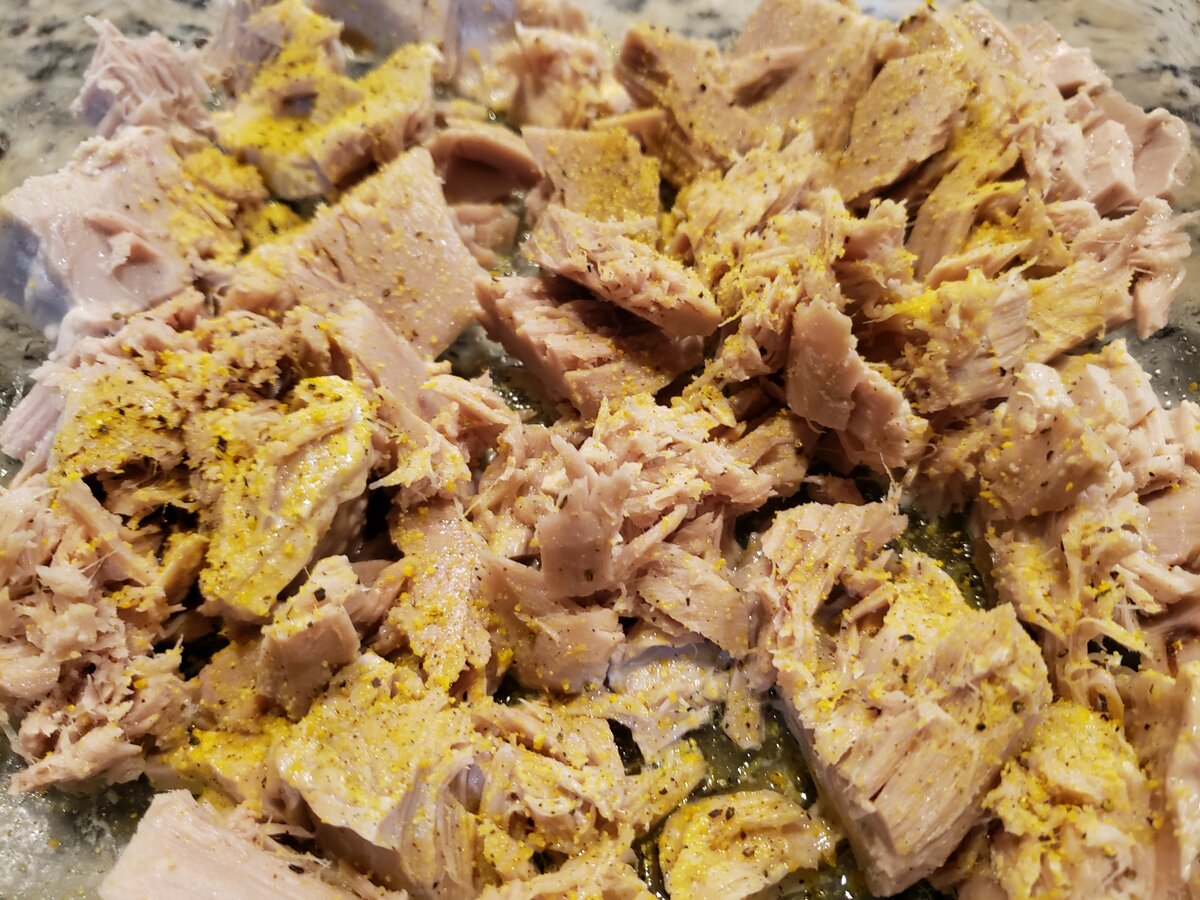 Boil noodles in salted water per package directions. I usually cook my noodles slightly under so that they absorb the liquid from the soup better. Place noodles over the top of the tuna, then stir in the cream of mushroom soup (don't break up the tuna chunks too much). 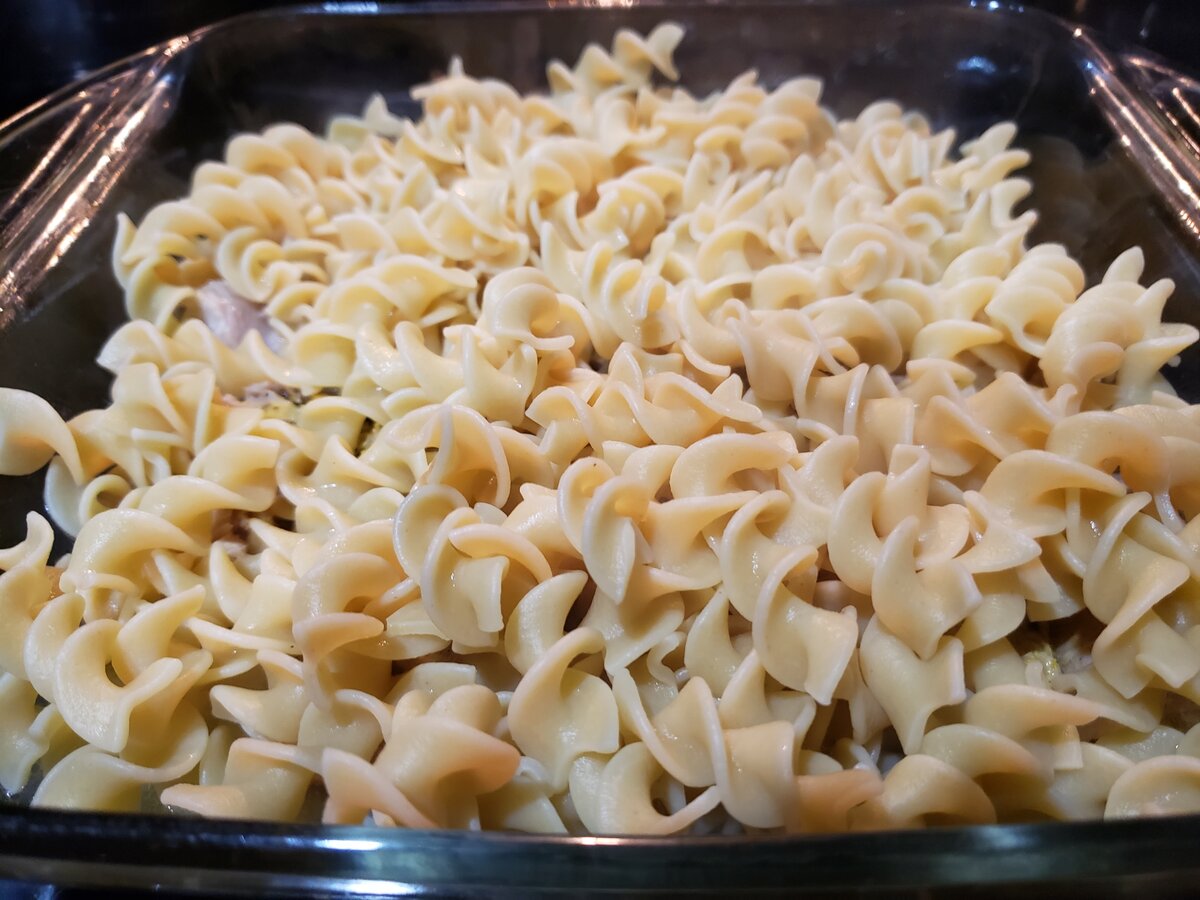 Cover the pan with foil (unless using a lidded casserole dish) and bake at 375F for 40 minutes.

Remove the pan from the oven and stir in the peas. Cover the casserole with the potato chips and return the dish to the oven, uncovered. Bake for another 10 minutes at 375F. 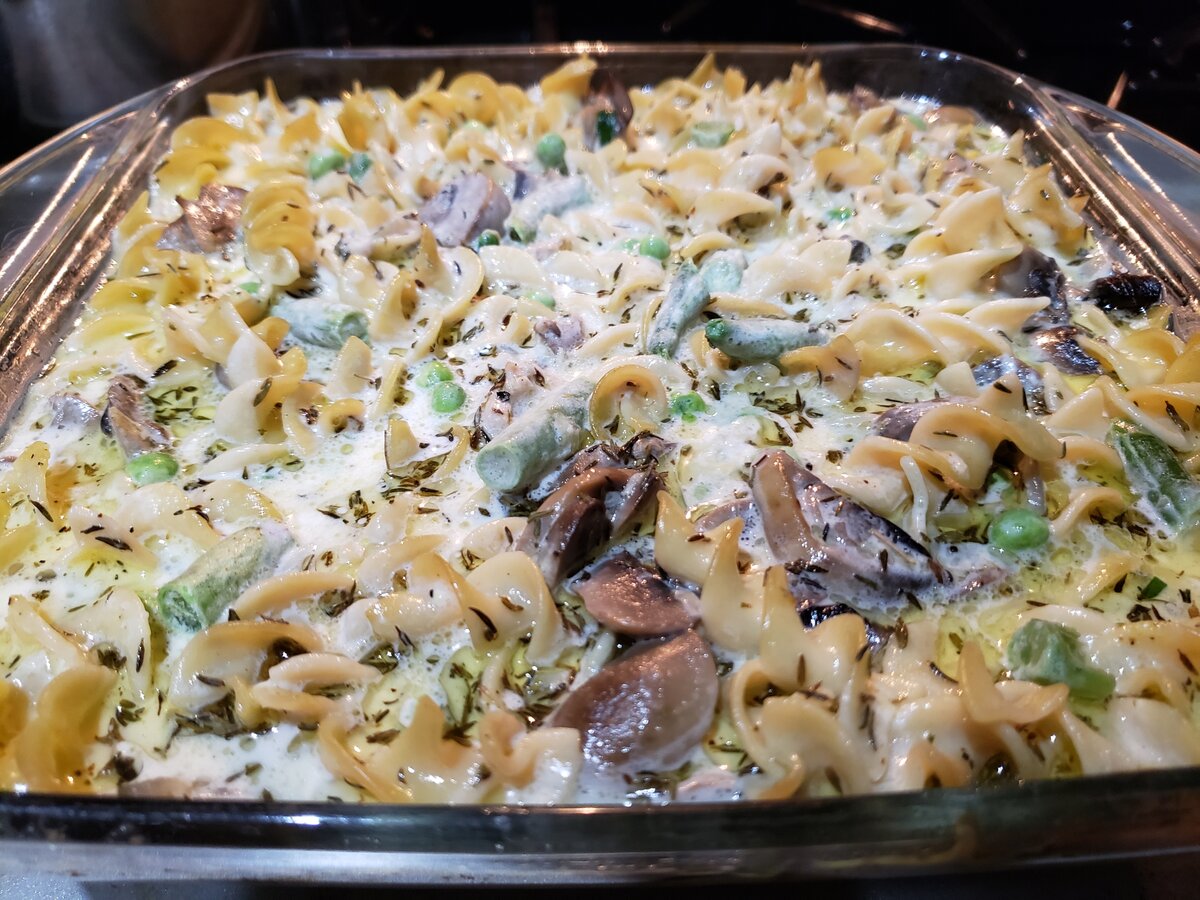 Garnish with fresh herbs before serving. 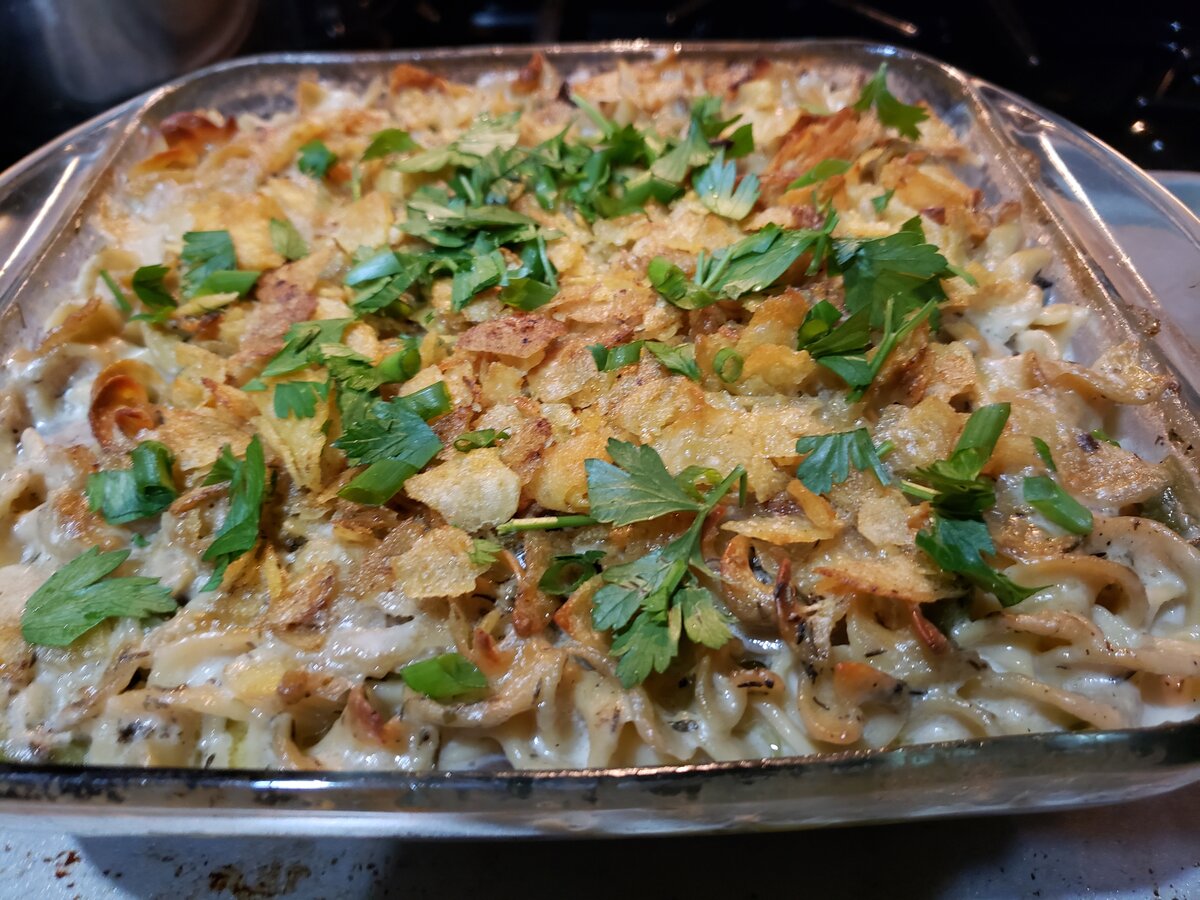 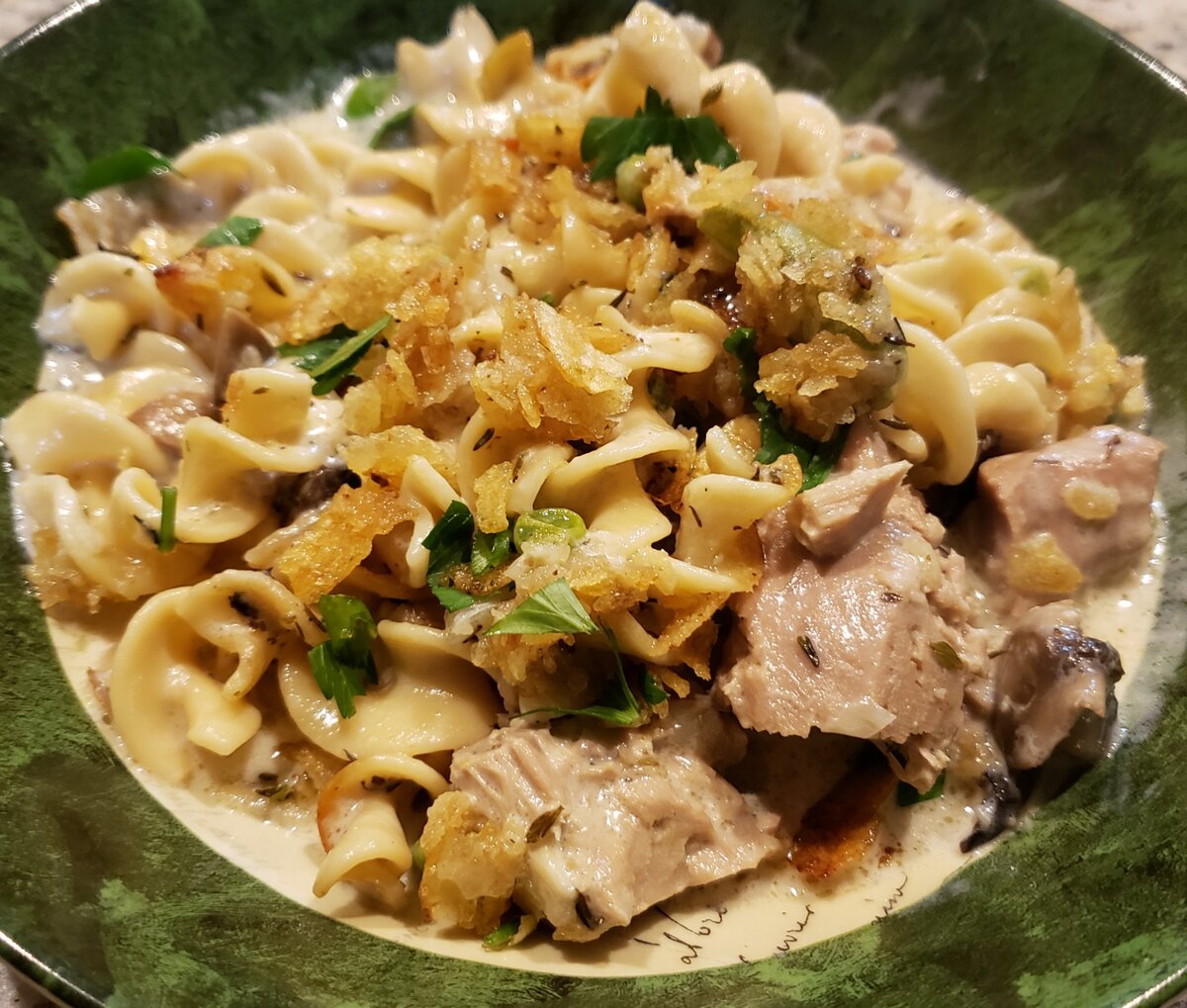 Hi - what are these egg noodles you use pls? Those resemble Fusilli to me. A dried pasta such as those can be a substitute presumably?

vernplum said:
Hi - what are these egg noodles you use pls? Those resemble Fusilli to me. A dried pasta such as those can be a substitute presumably?

The "egg noodles" i used for this recipe were curly, but I've used flat egg noodles before. I think the only difference is that egg is used in the noodles as opposed to regular pasta. I think egg noodles are a little lighter than regular dry pasta. I suppose if you can't find egg noodles regular pasta would be okay.

Edited to add that the ones I buy are dry. There are online recipes to make them from scratch:

The dish looks scrumptious and hearty, JAS_OH1. It comforts even in pictorial form 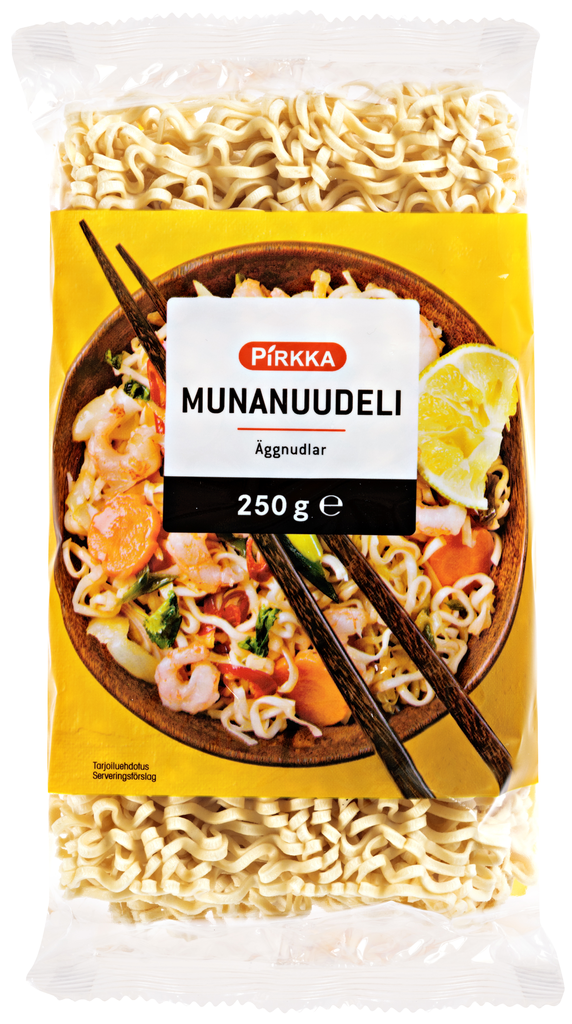 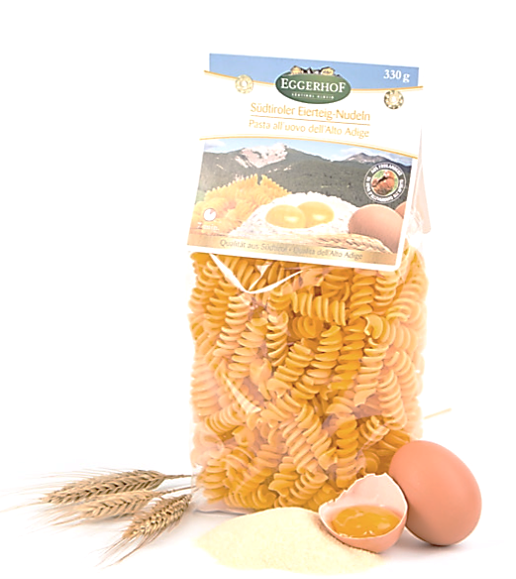 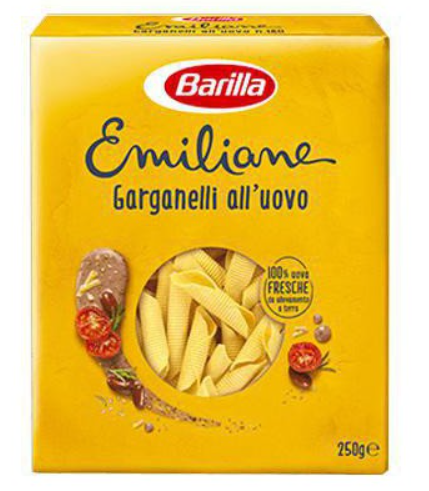 "Egg Noodles" are similar to Pappardelle in size. The tend to curl up, so how they look when cooked and in a sauce is misleading.

Here is how they look uncooked. 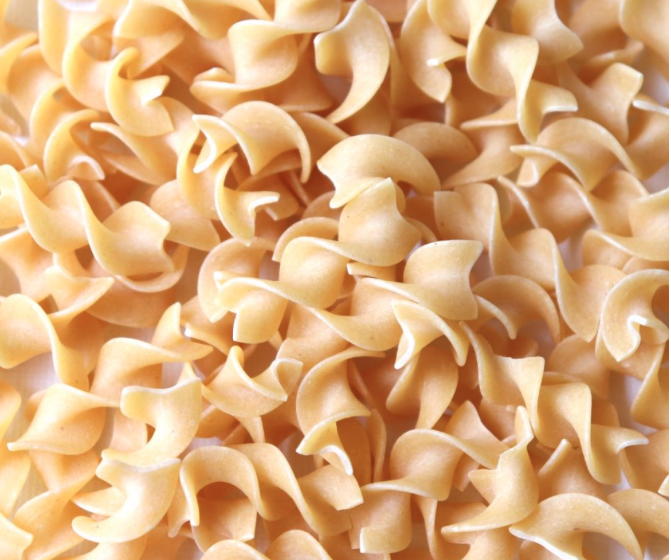 You know J, this looks like the kind of straight up comfort food that I could just dive into right now!

FowlersFreeTime said:
You know J, this looks like the kind of straight up comfort food that I could just dive into right now!
Click to expand...

Hemulen said:
The dish looks scrumptious and hearty, JAS_OH1. It comforts even in pictorial form