This one is Japanese-inspired, but fusion in take. 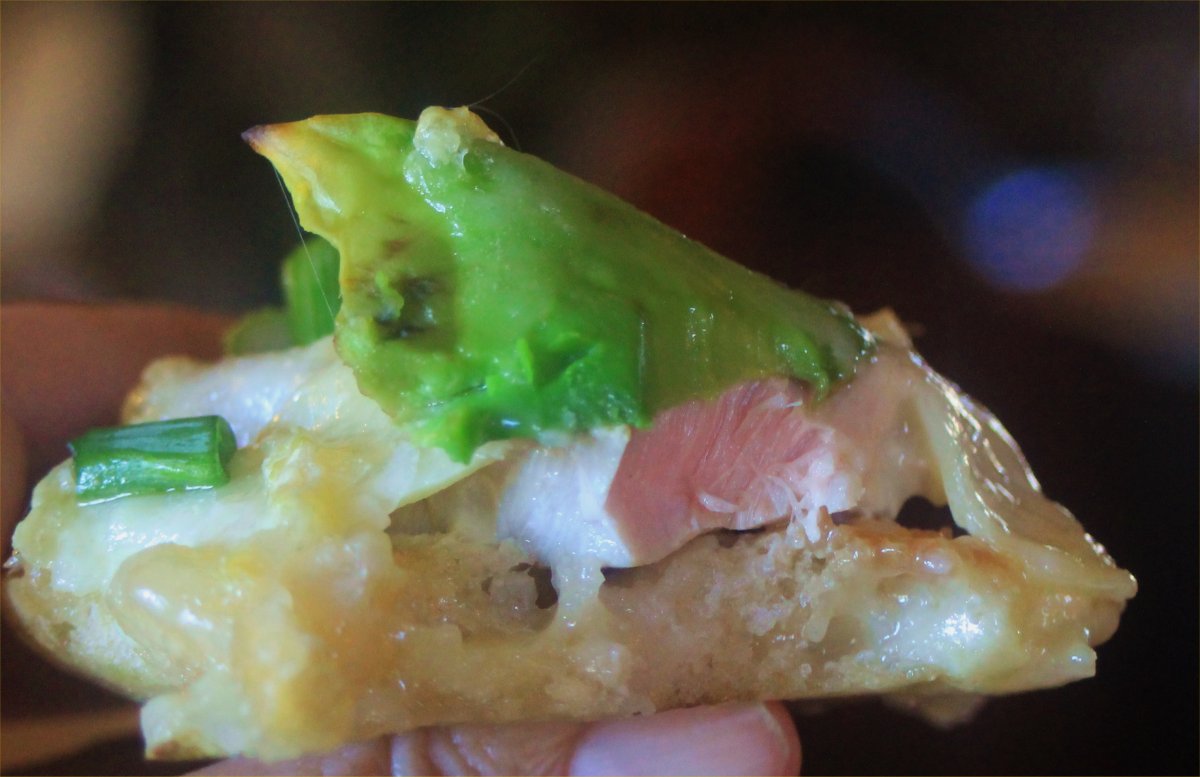 Yes, the pickled ginger was leftover from a Japanese-restaurant take-out.

Toast the two halves of an English muffin. You can use a regular toaster or toaster oven; I opted to do this in a skillet on medium-high heat on my range. I added the oil on the opened side, toasted first on the outer side, then flipped both halves to continue the job - about 5-6 minutes total.

Remove the muffin halves and immediately sear the tuna half-steaks. About 1 minute to 1.5 per side.

Remove and place each one of these halves of tuna on the muffin halves.

Top with the ginger slivers, between each muffin half.

Top that with slices of avocado, to total a bit more than a quarter of the whole fruit.

Atop this, layer down the Brie slices, to cover each muffin half.

Remove and serve, topping with a scattering of green onion, and laying the rest of the avocado half to the side - two halves (one full muffin) serves one person.

Above: Assembly prior to cheese and visiting the oven. 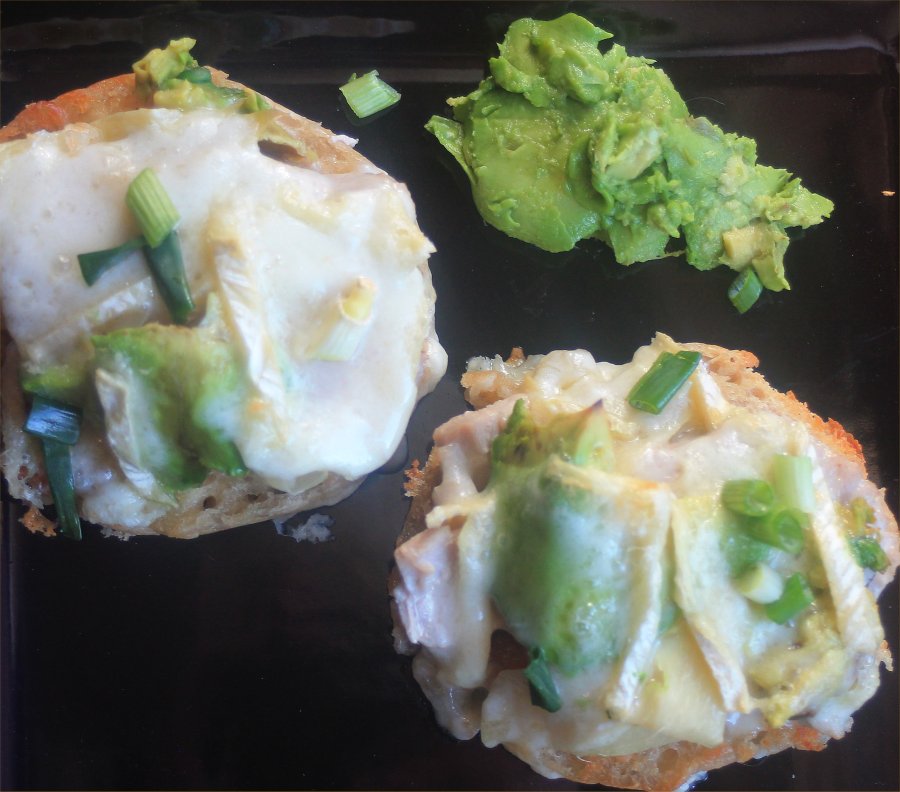 Above: the platter, cooked.

I love the combination of ingredients here. It seems light and refreshing, despite the cheese.