Directions
In a large enameled cast-iron casserole, heat the olive oil until almost smoking. Season the pork cubes with salt and black pepper and add them to the casserole. Cook the pork over high heat, stirring once or twice, until lightly browned in spots, about 5 minutes. Add the onion, green chilies, serrano chilies and garlic. Cover and cook over high heat, stirring once or twice, until the vegetables are softened, about 5 minutes. Add the chicken broth and bring to a boil. Cover partially and simmer the stew over moderately low heat until the pork is just tender and the broth is reduced by about half, about 20 minutes.

Stir in the 1/4 cup of cilantro and season with salt and black pepper. Garnish the stew with cilantro and serve with lime wedges, corn tortillas and rice. 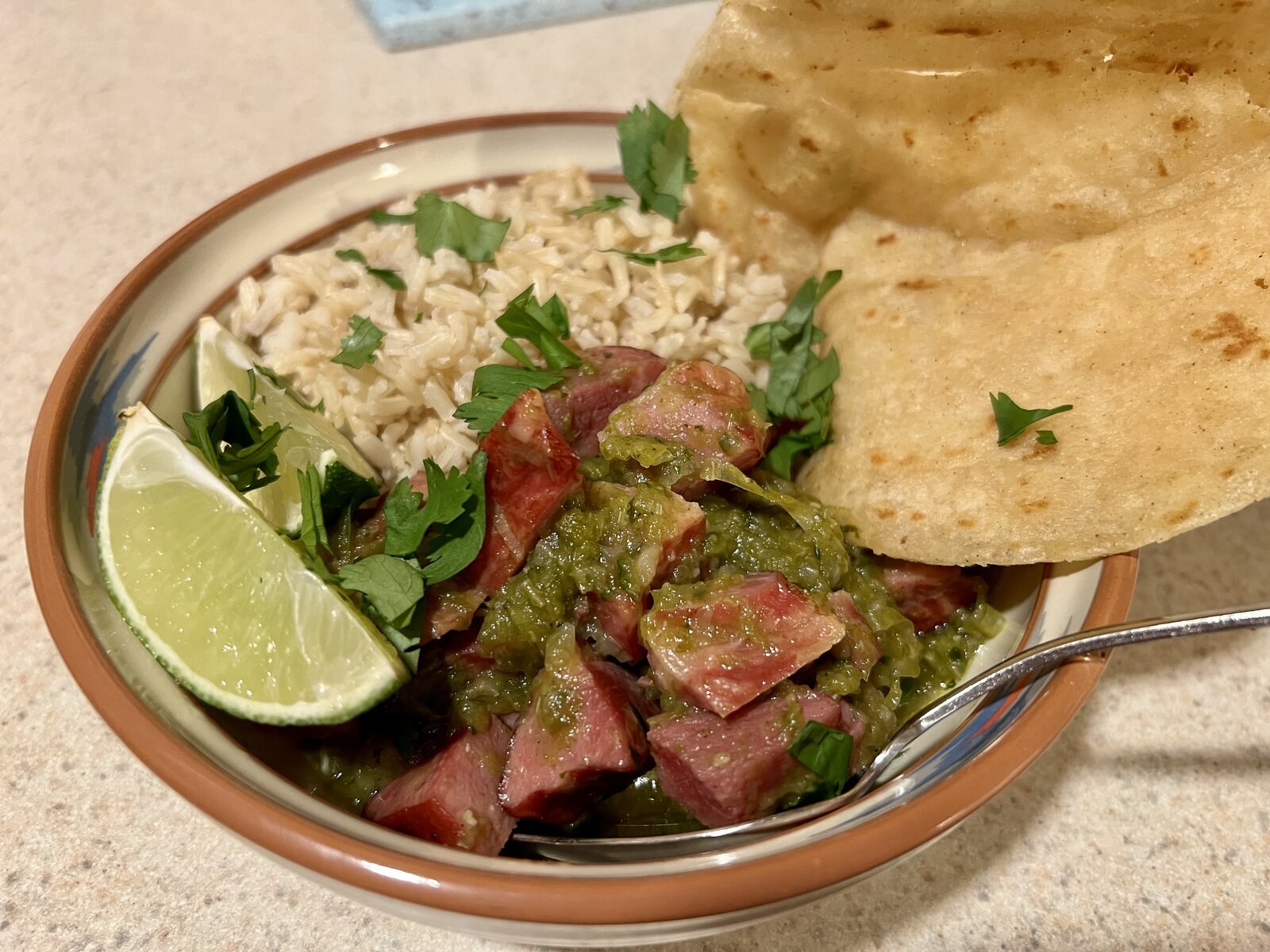