Calories, cholesterol and confusion cooking! Serves two very hungry adults who promise to eat more frugally tomorrow.
Colston Bassett dairy is about a 45km round trip from where I live, enough of a bike ride to build up an appetite, but easily in reach.
This recipe features their blue stilton, but could work well with other cheeses - they also make a fine shropshire blue!

* I prefer waxy new potatoes such as Charlotte or Alexandra, which I don't bother peeling, but try with whatever you have. Today I used Alexandra.
** It's perfectly OK to use the rind of the cheese; it melts just fine and no-one will notice!

Put the potatoes in a saucepan of cold water, bring to the boil and simmer for about 15 minutes, until just tender, drain.
Heat a frying pan over a medium heat; the pan should be large enough to hold a single layer of potatoes.
Melt the smidgeon of butter in the pan and toss the potatoes in it. You just need a thin covering on the potatoes in order to hold the coriander and cumin, so it might be better to use a spray of cooking oil instead. (Today I used about 1/2 a tablespoon of cold-pressed rapeseed oil - what a tart! Substitutes some saturated fat with unsaturated, but not a crucial difference in the great scheme of things).
Sprinkle the coriander and cumin over the potatoes and turn them occasionally for about 4 minutes, so they're just getting a golden crust.
Add the onion to the pan and continue cooking for a further 2 minutes. If you add the onion before this, it will find its way to the bottom of the pan and start to burn.
Meanwhile, put the cheese into a small bowl or jug, add the five-spice powder and eggs and mix together. Spread this as evenly as possible over the potatoes and continue cooking for about 3 minutes. Place under a medium grill for 2 minutes or so, until the top is well set and golden brown.
I serve this with home-made mango chutney (one of my specialities!) and a green salad as a nod to healthy eating. 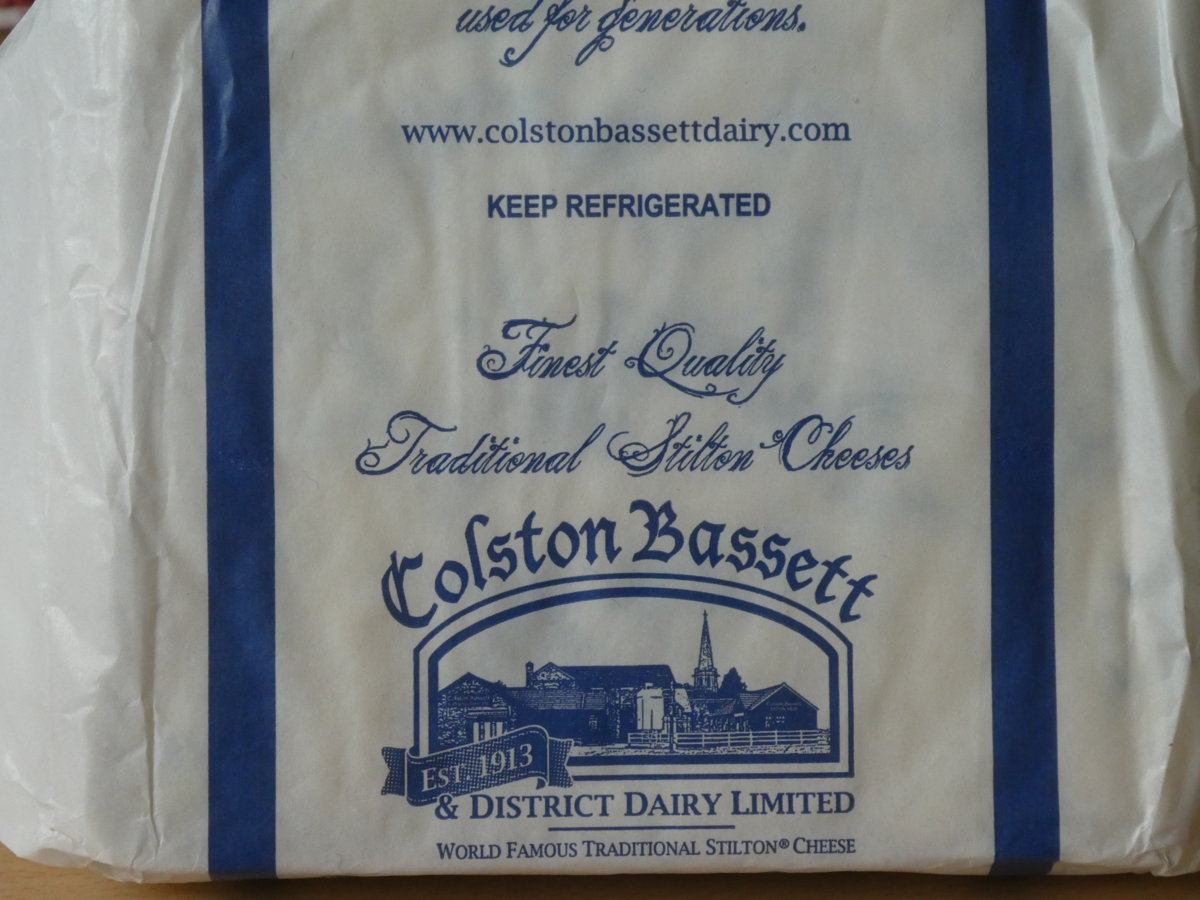 The main ingredient. I used about 1/3 of this, including the rind, leaving the rindless centre for more refined dishes such as pear, pecan and stilton salad. 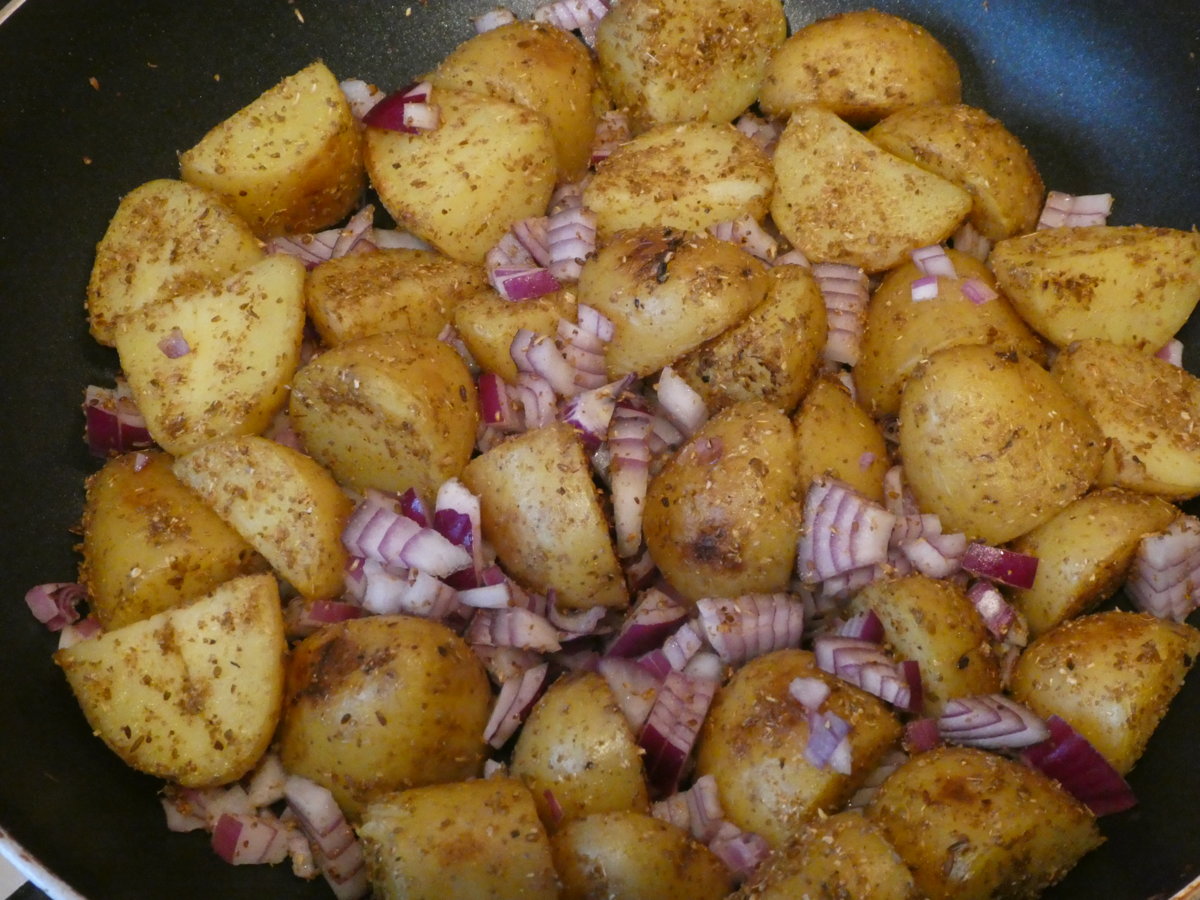 Ready for the cheese and egg mixture to be added. 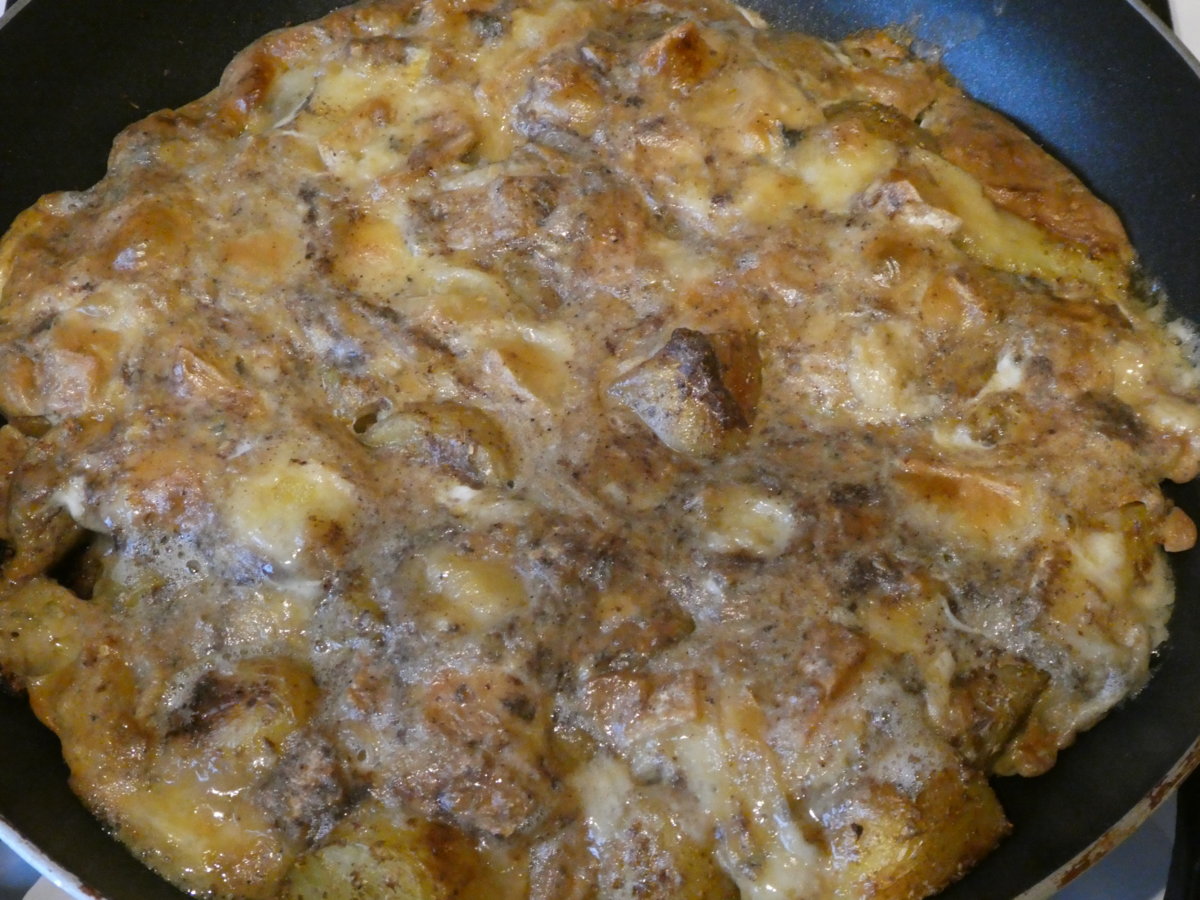 Straight from under the grill and ready to serve. Strange white reflections from the flash!

Very nice looking food. I've not had Stilton. For some reason, it does not have the popularity in the US that it has in the UK.

Oh, if the flash was on the camera, where the lens is, those reflections are normal. A camera positioned flash will give you reflections, and make your food look a bit flat. Check out the food photo thread. Several members are getting great results with just window light.