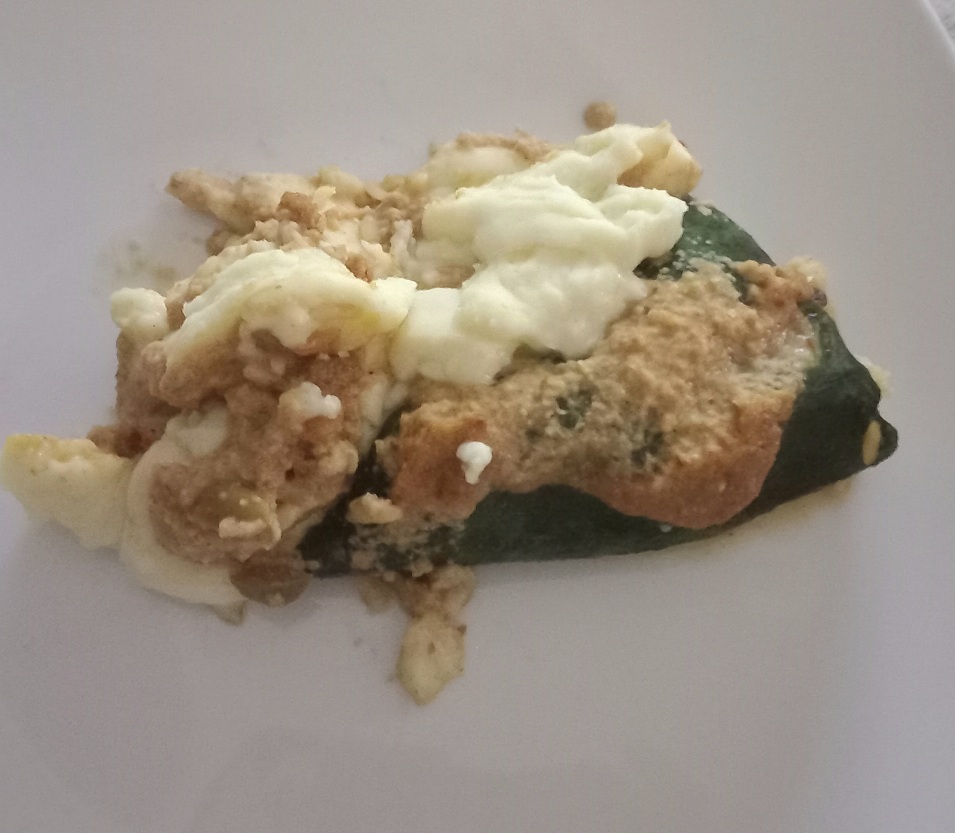 Heat 2 Tblsp olive oil in a small saucepan over medium heat. Add cashews and cook until golden brown. Add garlic and cumin and cook until fragrant, about 30 seconds. Add beer or stock, chipotles, vinegar and sugar, and bring to a simmer. Add some salt and pepper. Cool for a few minutes, then place into a high speed blender, and blend until smooth. Taste and adjust seasoning as needed. Set aside.

Broil peppers until skin is black. Carefully remove blackened skin and make a single slice lengthwise in peppers to remove seeds. Set aside.

Heat remaining 2 Tblsp olive oil in medium saucepan over medium heat. Add ground meat if using and cook until just a bit of pink remains. Then, add bell peppers and onion, and cook until softened, about 4 minutes. Add garlic and cumin, and cook another minute. Stir in rice and continue stirring until lightly toasted, about 3 minutes. Stir in raisins and olives. Add some salt and pepper, stock and beer, stir, bring to a boil, cover, turn off heat and allow to sit for at least 20 minutes. Uncover, stir, taste and adjust seasonings. Allow to cool for 20 minutes at least. Stir in cilantro.

Preheat oven to 400 or set up a charcoal grill for an offset fire. Meanwhile, prepare a 10x13 pan or a 10 inch cast iron skillet by placing a thin layer of sauce in the bottom. Set aside. Stuff peppers and place in pan seam side down. Cover with sauce and grated cheese. Cook (off direct heat if using grill) until cheese has melted and browned just a bit, about 25 minutes. Serve immediately with additional chopped cilantro as garnish, and any leftover rice on the side.
Last edited: 11 Oct 2022