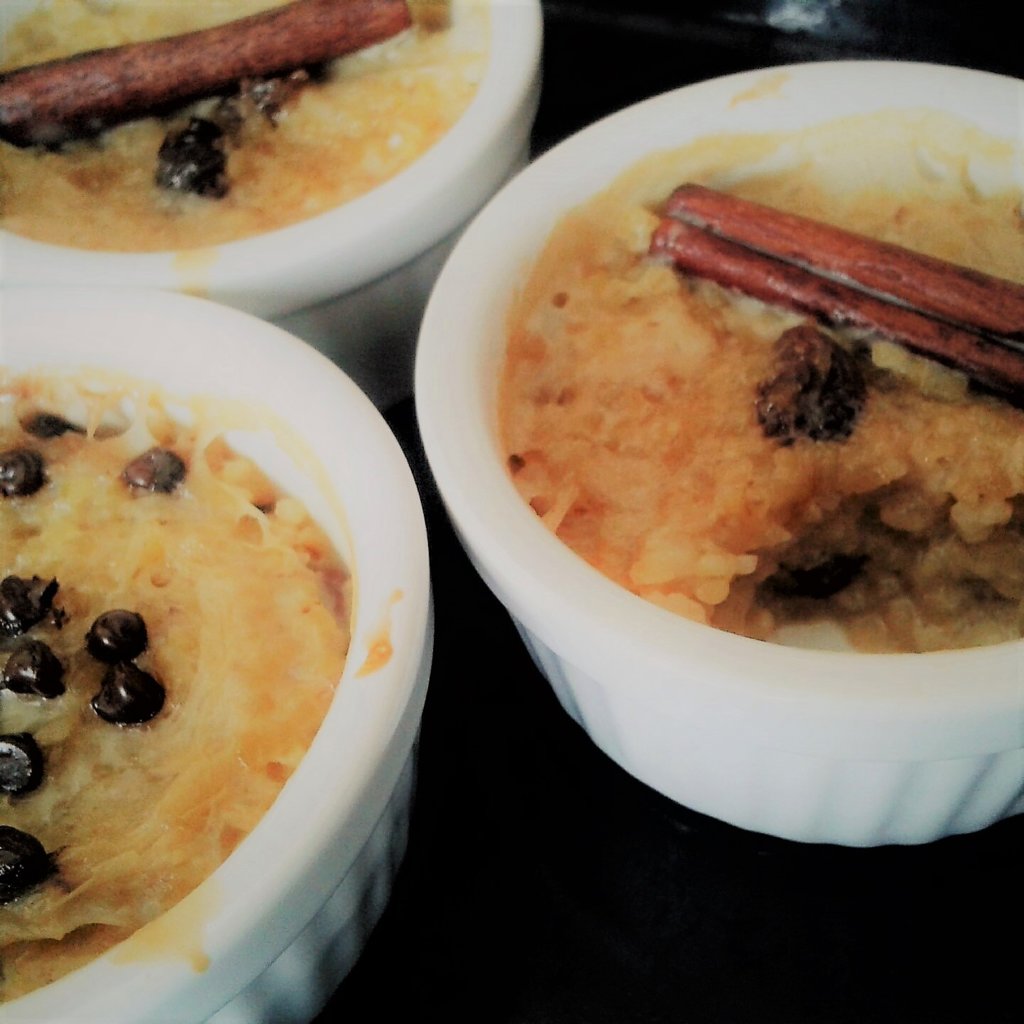 Soak raisins in lukewarm water for at least 15 mins.
Heat the milk with sugar in a saucepan along with cinnamon sticks or cinnamon powder and the orange rind. Bring to a boil and then pour the bulghur wheat, by stirring until the bulghur will have absorbed the milk.

Tip: if the milk won’t be completely absorbed, worry not, it will dry out during oven-baking.
Click to expand...

Squeeze well the raisins and dry them with kitchen paper or a kitchen cloth.

Butter both the bottom and the sides of each ramekin.

Put a little quantity of Bulgur into each ramekin by pressing a bit with a spoon, add raisins or chocolate chips, then add another spoonful of Bulgur.

Sprinkle a bit with brown sugar over each ramekins, bake to 180C for about 7-8 mins.

Allow to cool down a little at room temperature, then serve.

Tip: try it also with dates or raspberries/blueberries or with the addition of cardamom seeds
Click to expand...