I was given some apples by my mother who had been given them by a friend.... they were a variety of unknown eaters from her garden and I was at a loss as to what to do with them when @Berties mentioned Apple Butter. Now I have had a jar of apple butter in the past, and loved it and suddenly it was the obvious thing to be doing to them. If only I could decide on a recipe! well I was stuck between 2 recipes. I liked the ingredients of one, on the whole but didn't like the fact that it didn't use incorporate the peel or the core into the initial product, but I didn't really like the final cooking method of a recipe that did and the minor issue of it asking for a Dutch Oven which I don't have... so I mixed and matched and came up with my own recipe and here it is.

I filled exactly 2*411g jars with this apple butter which if you knock all of the air bubble out, and put the lid on when hot so it forms a good seal, will keep for months and months.

I'm going to try another recipe for it next week. One with just apples, pears and dates in it. That should be fun because I will be working blind on the ingredients!

This is the deep amber colour I obtained before I 'bottle' the apple butter. 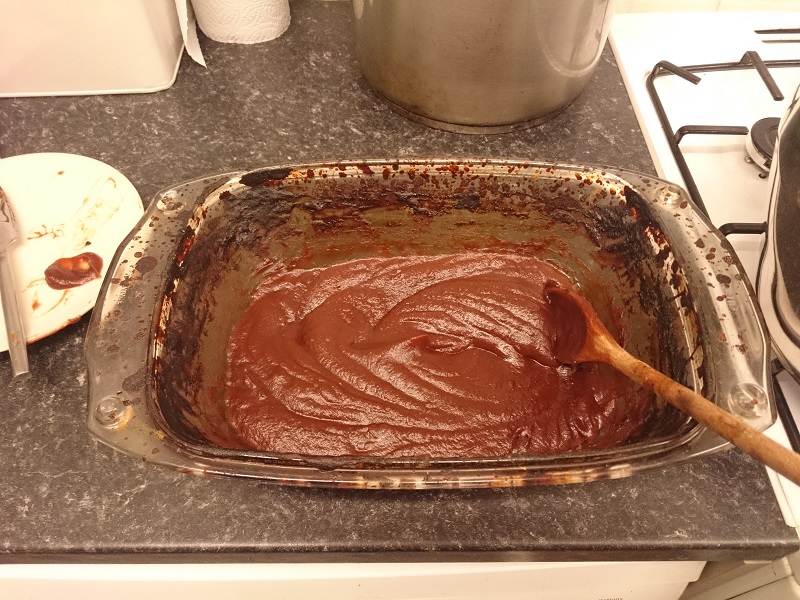 Location
Japan (expat by way of Australia and USA)

That really does look yummy! A friend of mine actually made me some pumpkin butter as a gift recently which was also lovely -- and she made it in the slow cooker too! I'll have to post the recipe on here, actually!

OK - the final product... (apologies for the white balance being so far off, but that's the camera phone for you... sorry) 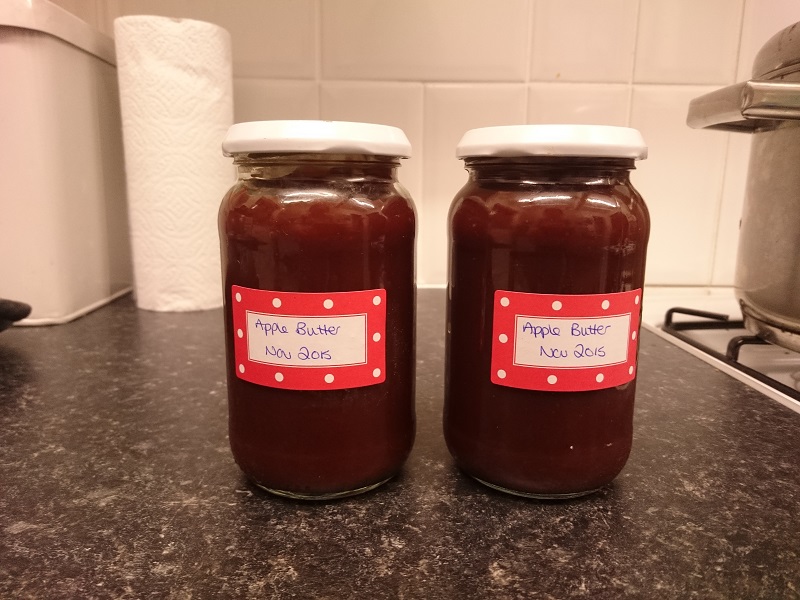 I'm impress. I love when a mix and match comes together. I can't say it's something I will try as no one here likes stepping too much out of the box. It is definitely inspiring to see a twist is put on anything in the kitchen and it has a great outcome. 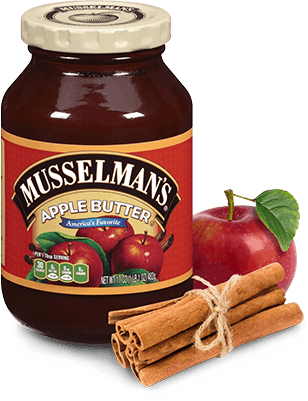 winterybella said:
I'm impress. I love when a mix and match comes together. I can't say it's something I will try as no one here likes stepping too much out of the box. It is definitely inspiring to see a twist is put on anything in the kitchen and it has a great outcome.
Click to expand...

I have a batch of Gooseberries on at the moment, sweetened with date syrup. I have no idea what it will come out like, but I can't take the gooseberries with me so I may as well try!

That would be me too. It sounds really good and looks really good but it also sounds like a lot of work. I thought about making it in the past but just never seemed to get around to it.

I have seen apple butter made outside in a big kettle over a fire. It is quite a process and how early pioneer families used to do it. It smells really good when it is being made. I think I am with Shermie though, why go through all that when you can get a jar at the store for a couple of dollars? Whenever, I have apple butter, it always goes bad, before I can eat it all anyway...lol

kgord said:
why go through all that when you can get a jar at the store for a couple of dollars?
Click to expand...

I'll be making another batch on Friday with some more apples I have been given. This time I intend to use some Date Syrup that I have going spare to sweeten it, if it actually needs sweetening.
I've also make a batch of gooseberry butter as well. 700g of fruit made a single 340g jar though, but the fruit was free, so again it is not an issue, it is just my time and I have plenty of that.

So. How do you eat all this apple butter (and gooseberry butter)? I mean, what do you eat it with?

Oh. Just spotted the link in your first post!

I usually always eat it in a sammie with peanut butter, or on buttered whole wheat toast.

morning glory said:
So. How do you eat all this apple butter (and gooseberry butter)? I mean, what do you eat it with?
Click to expand...

I was also thinking that given my husband and I put jam in our porridge, there was no real reason as to why we could not use apple or gooseberry butter instead.