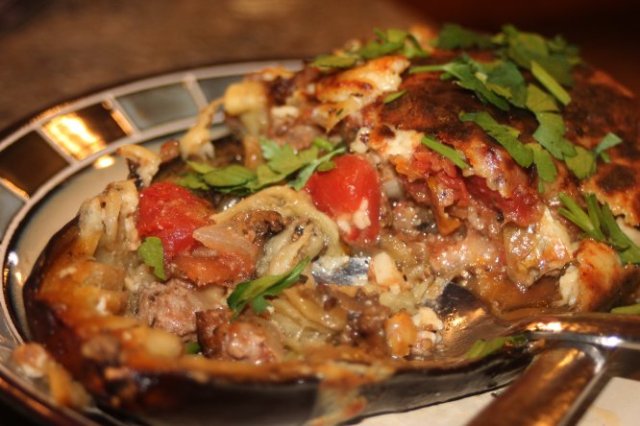 Until I was surfing around in Pinterest, I had no idea that this dish is a “thing”. Being as I’m a sucker for stuffing food with other foods, here we go! 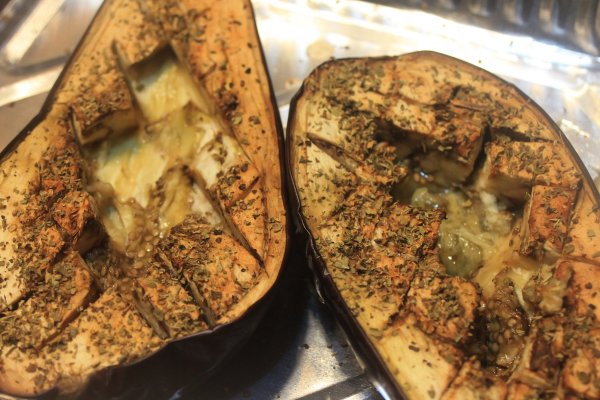 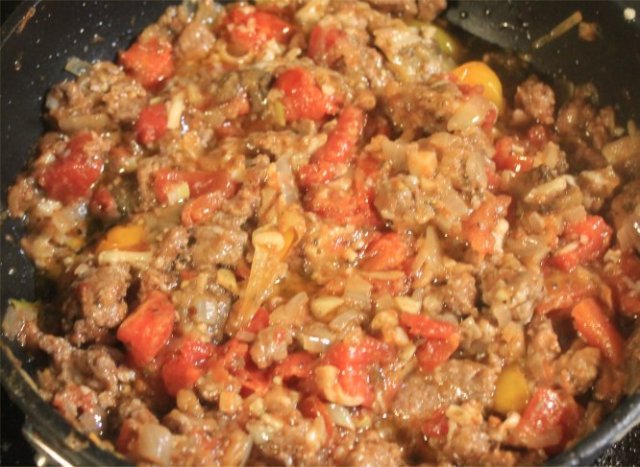 The meat stuffing can be made with ground (minced) lamb or beef. I chose lamb as I’d just gotten a half a grass-fed, grass finished lamb from a (once very local to me) farmer into my freezer. I can see a vegetarian version being made with a lentil base. 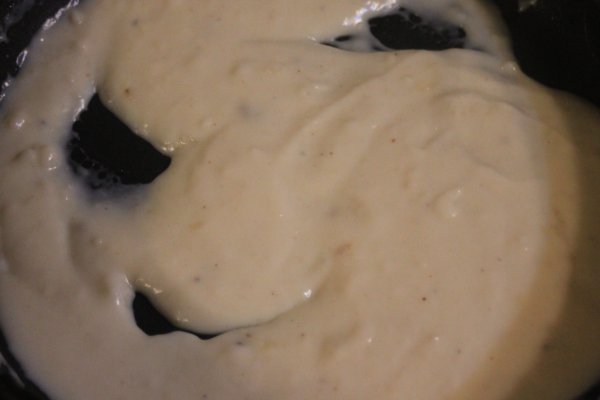 Béchamel, prior to removing from heat and adding the cheese.

I went with pecorino cheese, as I have not really worked with it before.
For the béchamel, the milk has to be at least room temperature to prevent clumping when this portion of the dish is prepared. Béchamel is a sauce I’ve never made before. This Greek one has a heavier component than traditional French béchamel. 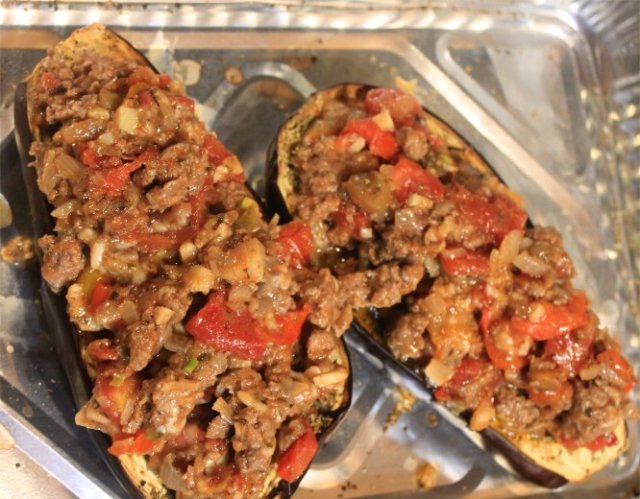 Getting ready for oven – meat sauce is stuffed in and on. Then the béchamel will be set over the two halves.

I used additional oregano (in the meat sauce), and used grape tomatoes instead of the regular tomatoes (I had the former here, and don’t really like the latter in off-season). Medium sized eggplants are larger here in the US than apparently in the source country, so I simply halved ingredient amounts while switching the number of eggplants from the original recipe to just one. 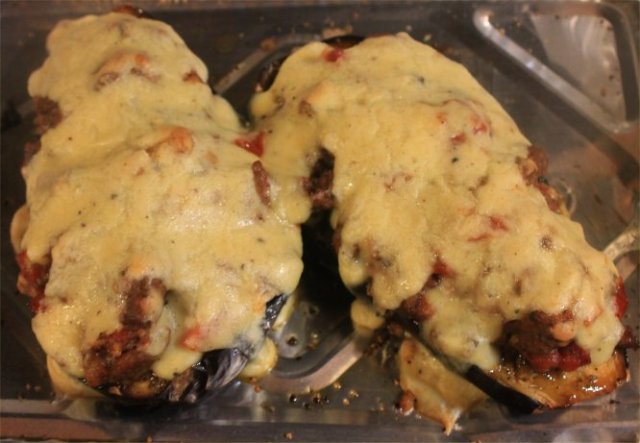 The eggplant, cooked. Decided this needed browning, so it was set under broil.

I think eggplants near me are larger than the author’s – I used one eggplant, and simply halved the amount of other ingredients, and it worked fine. Maybe my meat sauce did end up higher – and I cooked it longer to reflect size and height.
At the end I put the dish under broil for two minutes, to brown the béchamel. I think 60-90 seconds would have brought about a better appearance, but the browning did not burn at two minutes. 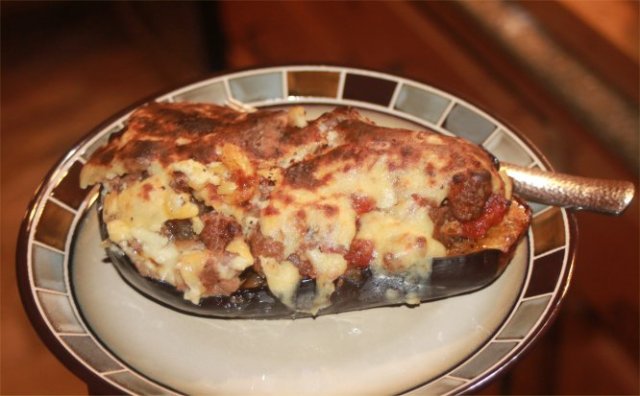 Trim the top from the eggplant, and cut it in half, lengthwise.

Place the halves into a colander, sprinkling with a little salt. Set this aside for 30-60 minutes. This will draw out bitterness.

Now, rinse the halves with water, and dry them with a towel.

With a sharp knife, score the interior flesh, without puncturing the skin, or cutting down to the area of the skin. Using the oil, brush the skin and flesh. Sprinkle salt, pepper and oregano over the interior/exposed area of flesh.

Add them to a baking pan lined with parchment paper, cut side down. Bake 30-40 minutes to soften. The flesh should be lightly golden. Pull them out and set aside.

For the Meat Sauce:​

While the eggplant roasts, add the oil to a large skillet or pan, and heat to medium. Add the onion, and allow it to sauté for 5 minutes to soften and turn translucent. Then add the garlic, stirring both for an additional three minutes. The lamb (or beef) can be added now, so you can sauté for another 10 minutes.

At this point, remove from heat, and add the cheese, mixing it in.

A personal take – I scooped out some of the eggplant innards from the resting eggplant, and mixed them into the meat sauce. Not so much as to mess with the integrity of its skin, but enough to hollow out the halves.

For the Greek Béchamel Sauce:​

In a small pot set to medium low range heat, add butter. Let it melt (but never burn). At this point add flour. Stir continuously for several minutes. Gradually add allotments of lukewarm milk (2-3 allotments) to this pot, stirring vigorously each time. Wait for the milk to fully mix in before adding the next allotment.
Once this is all mixed in, remove from the heat, and add nutmeg, cheese, salt and pepper. Allow the sauce to cool some before adding the egg yolk, to avoid pre-cooking the egg. Stir until your sauce thickens and it is all combined.

Pre-heat the oven to 355 °F / 180°C.
Fill each eggplant half with the meat sauce. Top with béchamel sauce. Bake in that oven for 30 minutes or until browning occurs. If it doesn’t brown at this point, broil between 1 to 2 minutes.
Top with freshly chopped parsley, and serve.

Lovely! And the choice of lamb is definitely more in the Greek style.