I promised to try out this recipe by Chef James Martin posted by @Elawin for the November spice challenge:
Vanilla cured salmon with cucumber ketchup, charred cucumber and pickled ginger. I cured the salmon using table salt not sea salt (mainly because I didn't have enough sea salt). I used soft brown sugar rather than white. Its terrifically easy to do. I had to divide the recipe ingredient by 3 as I used 500g salmon rather than a whole side. I have made cured salmon before but not with vanilla so I was a little worried that the vanilla might be overpowering. It wasn't in the slightest. The taste is very subtle.

I served it to my partner who doesn't like the idea of vanilla with fish. I sort of forgot to mention how it was cured.

I made the cucumber ketchup according to the recipe. It was the first time I'd used Xanthum gum but it won't be the last. Here it is used as a thickener for the ketchup - you simply add a little of the powder to a cold liquid and mix to produce a thickened sauce. I also made the charred cucumber which was something I've made before and the pickled ginger. Again, very easy.

The verdict? A fantastic, easy to make recipe which is bound to impress. Ideal for making ahead for a dinner party. Here is how it turned out. The cured salmon is not in the slightest bit salty - so I sprinkled over some volcanic black salt: 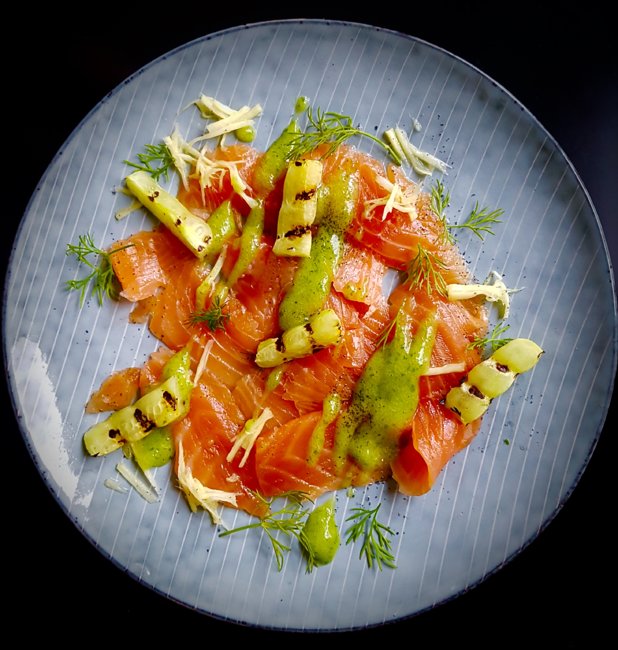 The original salmon piece: Covered in the salt/sugar/vanilla mix: 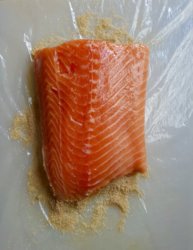 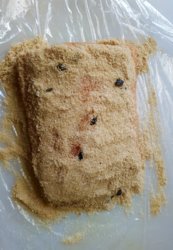 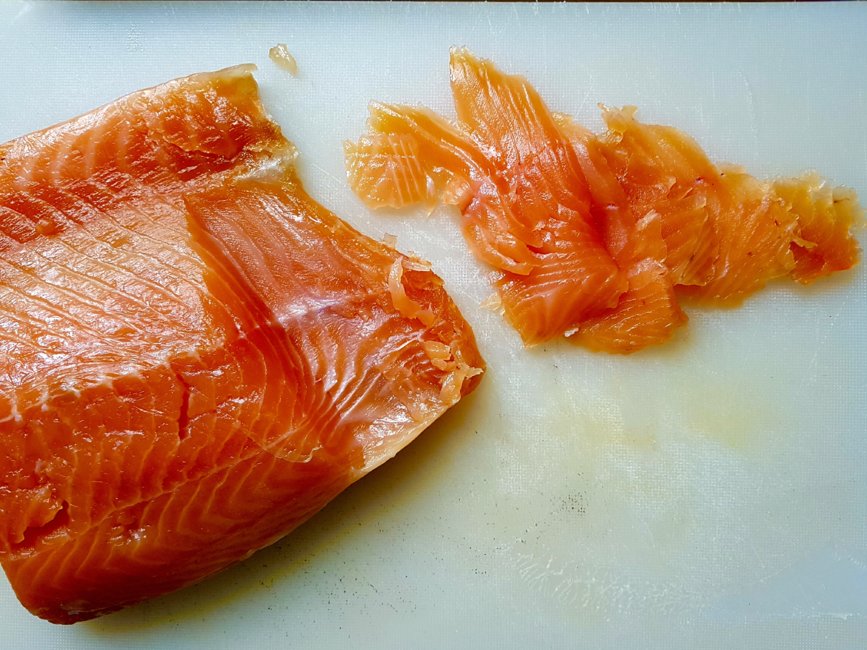 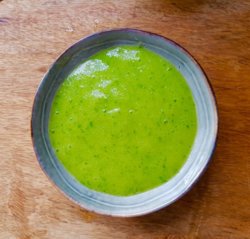 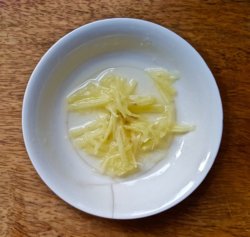 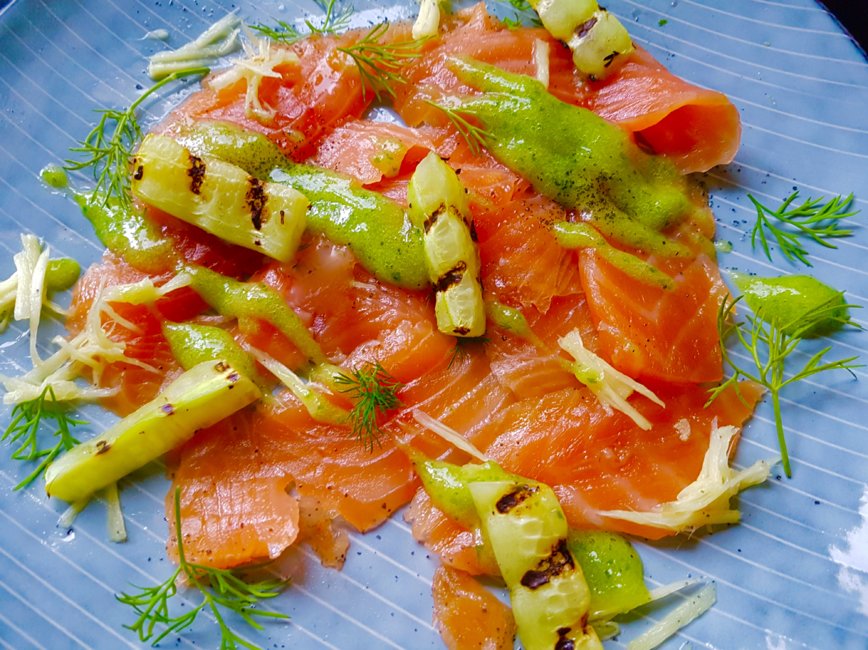 Thank you for trying it out. I'm so glad your partner enjoyed it!
F

Very lovely ..
You must log in or register to reply here.