Here's something to sprinkle that toasted sugar on, though it's very flavorful by itself. You'll be forgiven for thinking this looks like strawberry ice cream: the red of the strawberries bled through everything, and the green of the kiwi and (no surprise) white of the coconut got absorbed. To be honest, I was worried that it would turn brown (red + green usually = brown, at least when I'm mixing paints).

This is an adaptation of a strawberry recipe I made last year, but with light coconut milk replacing part of the half-and-half. I could have gone full vegan if I had regular coconut milk, but I was concerned that the low fat content of the light coconut milk would have yielded something less creamy than I wanted. The bad news? I packed some for lunch, but I forgot to bring it. 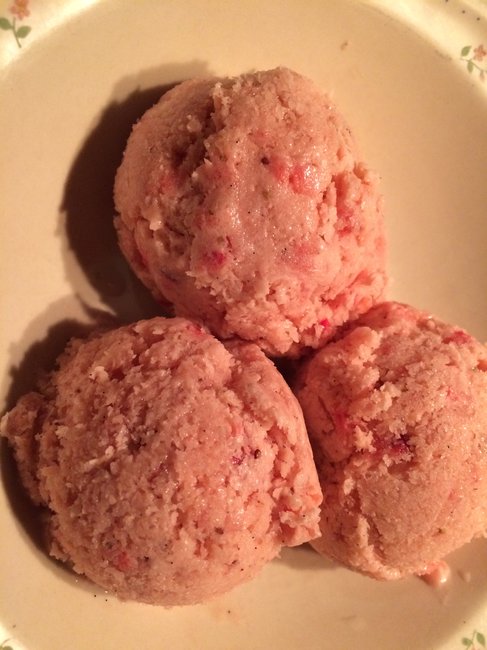