These light, delicious homemade crêpes are perfect for savory toppings or fillings.
Recipe - White Wine Crêpes for Savory Filling
After preparing the crêpes, they can be covered with foil and placed on a baking sheet in the oven on a very low temperature to stay warm until you are ready for the build.

I chose seafood and poached eggs for the crêpe toppings, along with a flavorful tarragon and white wine cream sauce. Any type of seafood will do, but I chose cold water lobster tail and claws, langoustine lobster tails, and seared scallop chunks. For presentation, I chose to fold the crêpe in half and use it as a base for the toppings instead of placing the ingredients inside. The mixture of the cream sauce with the runny yolk made the flavor similar to béarnaise sauce. For simplicity, I poached the eggs in a small amount of the cream sauce and they turned out beautifully.

My recipe feeds two people with moderate appetites, and of course ingredient amounts can be adjusted accordingly to tastes, appetites, and number of people. 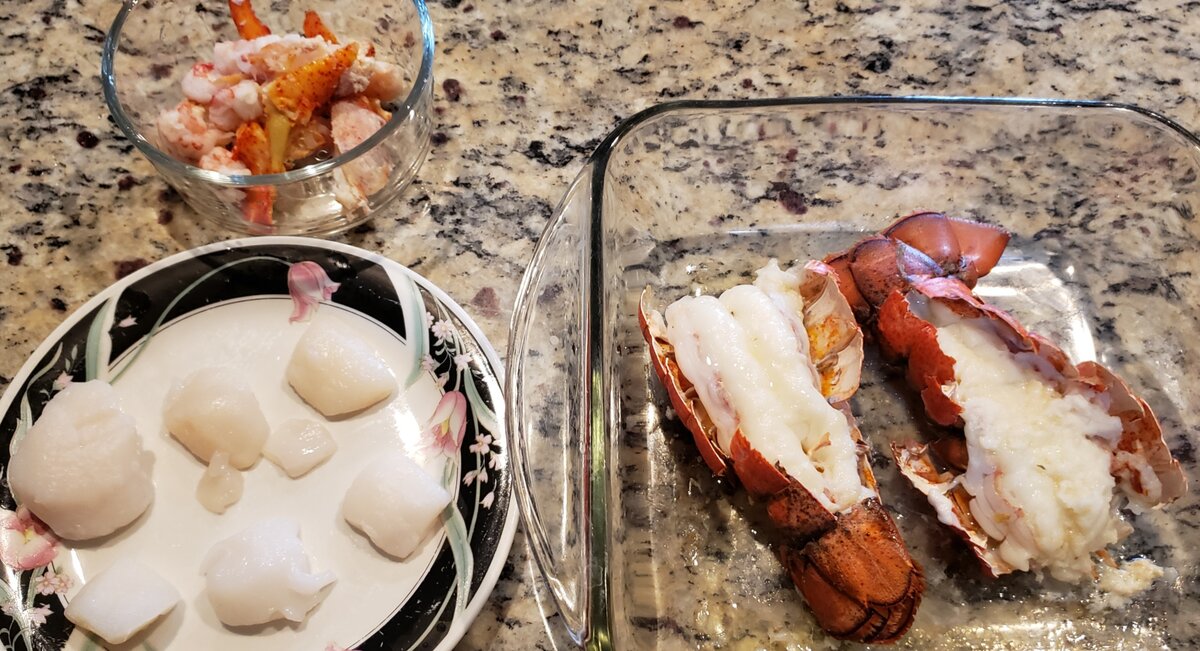 Other ingredients:
3-4 large eggs (depending on appetites)

Preparation:
Thaw scallops, rinse, drain, and pat dry. Place uncovered in the refrigerator on a small plate with a paper towel for about an hour until dry (for better sear). Cut open the lobster tails after thawing and brush butter across the tops, then bake them for about 10 minutes in a 300F degree oven until lightly cooked. Remove shells from the lobster (the lobster claws and langoustine tails were precooked) and cut into bite-sized chunks. Place the meat in a small bowl; set aside.

In a small skillet, melt 1 tsp butter on high heat and distribute evenly over the surface of the pan. When butter starts to turn brown and smoke, place the scallops in the skillet and cook on each side for about a minute until golden brown yet still tender. Place in a small dish, cover and set aside.

In the same pan used for the scallops, melt 1 tbsp of butter and add 1/2 of the slivered shallot, along with the red and yellow bell pepper and sauté on medium heat until slightly browned. Place in a small dish, cover and set aside. 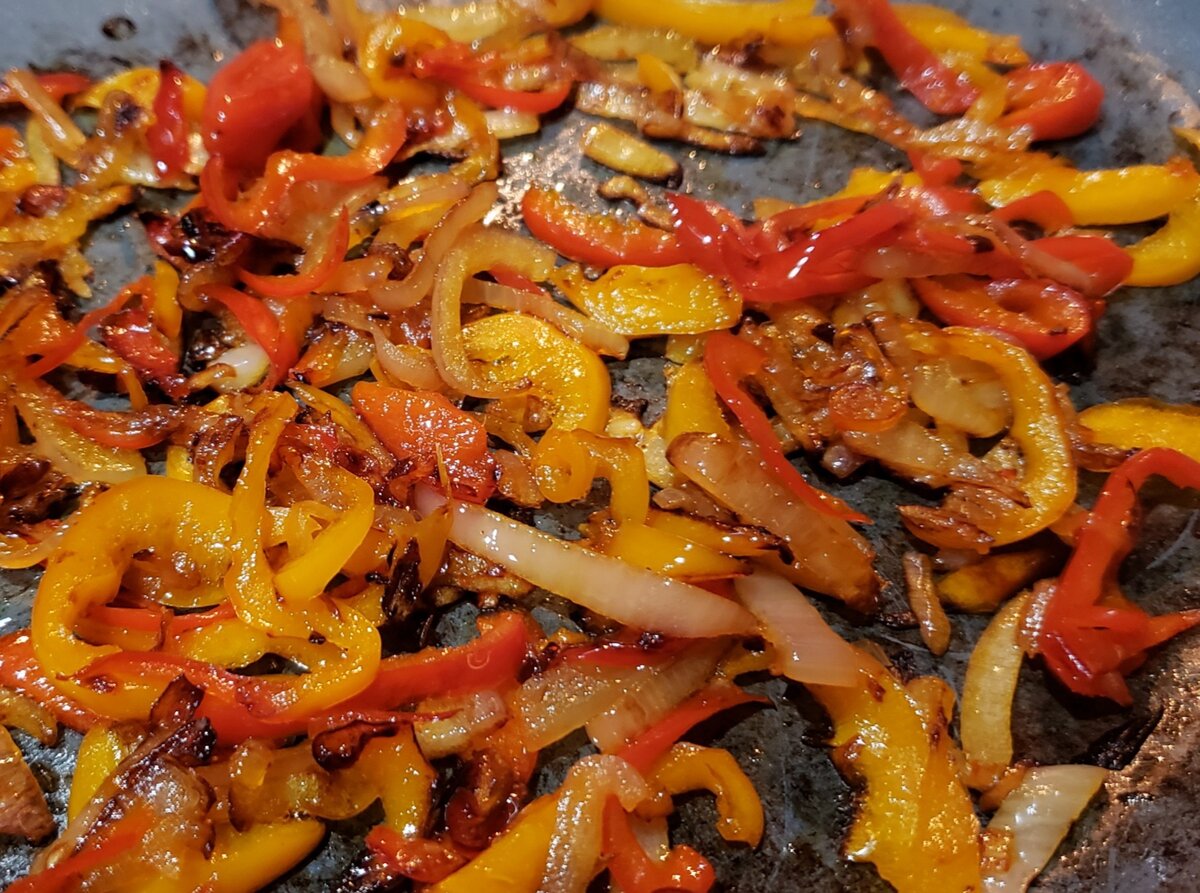 On medium heat, deglaze the sauté pan with the white wine and the lemon juice, stirring to remove any of the yummy stuck on bits from the scallops, peppers and shallots. Allow to reduce, then add the heavy cream. Squeeze the garlic paste into the mixture and stir until blended. Add salt. When the sauce has thickened to the desired consistency, mix in fresh tarragon. If the sauce gets too thick, add a little milk or water to dilute. Cover the pan and set aside.

In a small skillet, ladle several scoops of the tarragon wine cream sauce and cook on medium heat until it starts to bubble. Crack in two eggs (slightly separated from each other) and cover with glass lid. Cook until the whites are not clear but the yolks are still runny. Repeat this step for each serving. 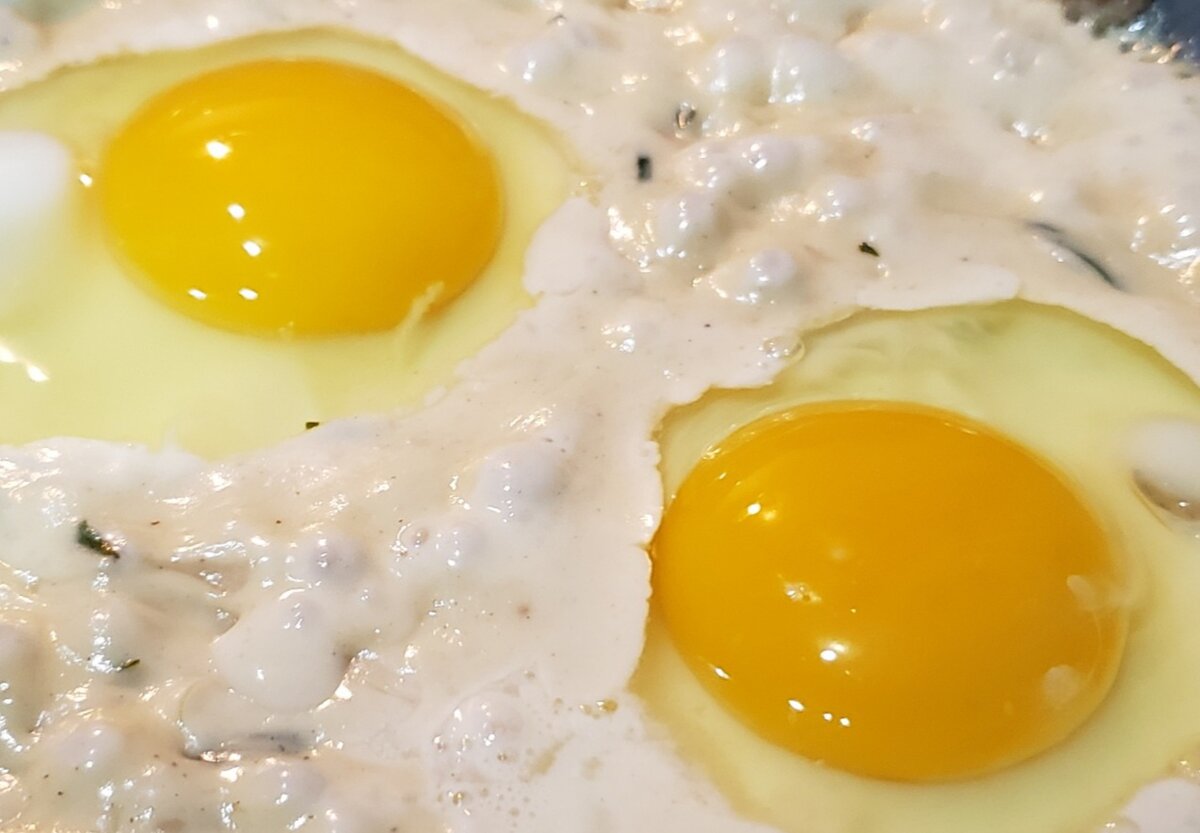 While the eggs are cooking, fold in the seafood mixture (except for the scallops) into the other pan of tarragon cream sauce and warm on low heat for a few minutes.

Place a folded crêpe on a plate and carefully add the poached eggs, then arrange the warmed seafood and sauce mixture around the eggs. Ladle a small amount of the sauce on top of the eggs and garnish with sautéed shallot, peppers, and fresh tarragon, and lastly add the seared scallops. 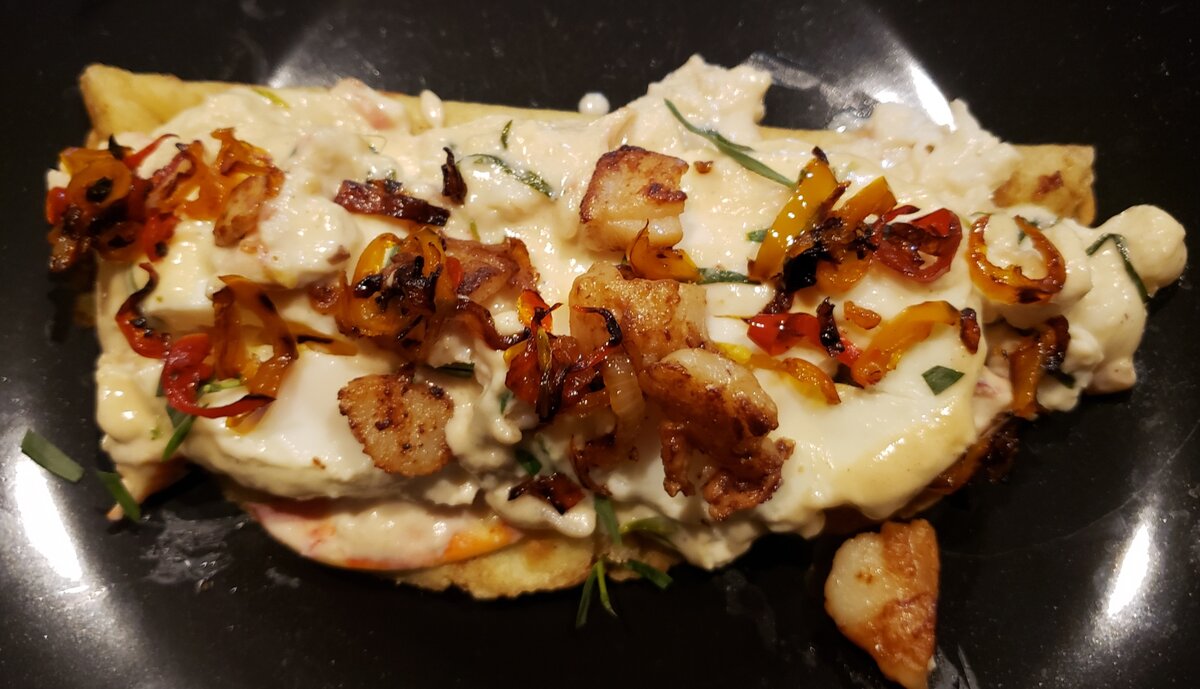 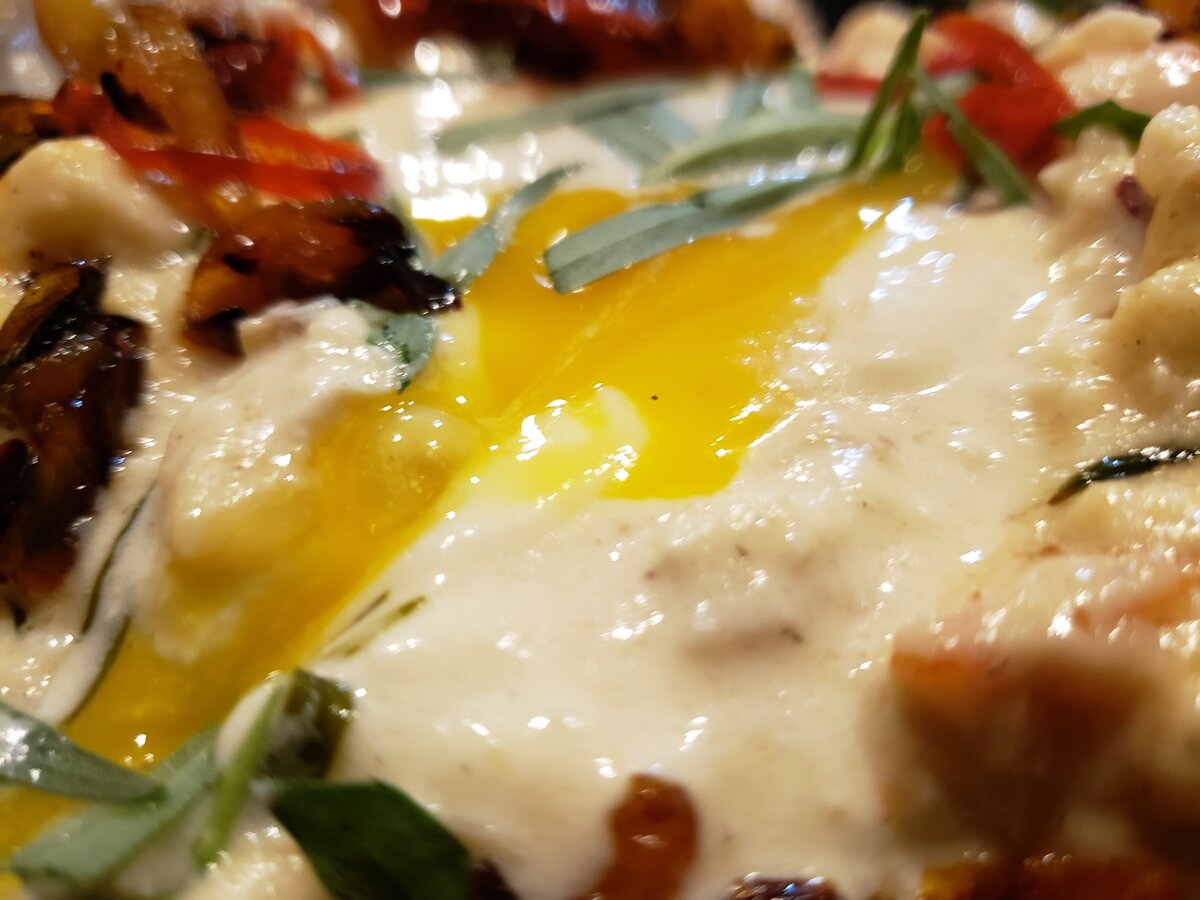 This looks amazing. The lighter ingredients balance out the rich ones very nicely, and the runny egg on top of it all really ties it all together.

The Late Night Gourmet said:
This looks amazing. The lighter ingredients balance out the rich ones very nicely, and the runny egg on top of it all really ties it all together.
Click to expand...

Thank you so much, it was delicious! You reminded me that I forgot to list the juice from half a lemon that I added to that sauce so I am going to edit right now. I also had some asparagus I meant to cook but I completely forgot about it, LOL. The tarragon was nice and green, though. Maybe some additional herbs would have been good as well, but it was still really yummy without.

A delightful dish with luxury ingredients. I love the use of tarragon too. I see the egg is a surprise as its covered in a 'blanket' of sauce and not visible until you cut in and the yolk bursts.


JAS_OH1 said:
For simplicity, I poached the eggs in a small amount of the cream sauce and they turned out beautifully.
Click to expand...

What a great idea!

Morning Glory said:
A delightful dish with luxury ingredients. I love the use of tarragon too. I see the egg is a surprise as its covered in a 'blanket' of sauce and not visible until you cut in and the yolk bursts.